If you’ve been reading about the drought in South Africa and not sure just how bad it is, take a look at this footage uploaded to YouTube on Christmas Day by a user called ‘Phantom 3 Professional Drone Footage – See it from the Sky!’.

Phantom said: “On the way to Cape Town, I stopped at Verkeerdevlei Toll Plaza to take some footage of how dry the Freestate is. Things are not looking great.

“The footage was taken with a Phantom 3 Pro camera drone. First part was 120 up on a flyover of the surrounding countryside and the second part was taken from 500m up in the sky showing how dry the Freestate really is.

“There is no green in sight. On the road we saw 2 fields that were planted – one had small patches of very stunted Sunflowers and the other had beautiful green corn – The one with the corn was under irrigation, though. For the rest – the whole Freestate was just dry red dirt.” 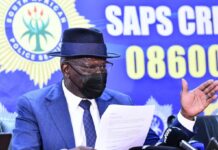 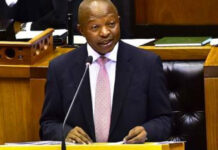