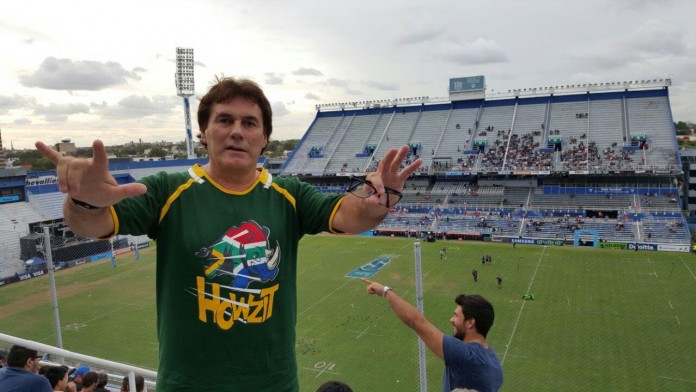 The DHL Stormers leapfrogged the Cell C Sharks for the top spot in the African Group on the Vodacom Super Rugby log table in the early hours of Sunday morning as they defeated the Jaguares in Buenos Aires to the delight of South African fans in Argentina, while the Cell C Sharks suffered their first defeat of the season against the Crusaders in Durban.

In an action-packed Easter Weekend, the DHL Stormers held their nerve to secure a 13-8 victory against the Jaguares and the Vodacom Bulls pipped the Sunwolves 30-27 in Singapore, while the Southern Kings went down 42-20 against the Hurricanes in Wellington, the Toyota Cheetahs suffered a 25-18 defeat against the Brumbies in Bloemfontein and the Crusaders defeated the Cell C Sharks 19-14.

The Emirates Lions, meanwhile, had a bye. In Buenos Aires the DHL Stormers delivered a solid performance all around against the Jaguares as they dominated in the scrums, stole lineouts at key times, defended like demons and used a handful of point-scoring chances to secure a valuable 13-8 victory.

Such was the tight nature of the clash, each team scored only one try, but it was the DHL Stormers’ resolute defence, which forced the hosts to make several handling errors, and their ability to take the points on offer in the first half, which steered them to victory at Velez Stadium.

The win marked their third successive victory overseas dating back to last season.

In Wellington, New Zealand, the Southern Kings delivered a brave performance against the Hurricanes, but their efforts were not enough to stop the hosts from extending their record run of home wins against South African opposition to seven matches.

The Hurricanes took charge early on, but two late first-half tries by the Southern Kings left the Port Elizabeth side trailing 19-17 at the break. The second half was tightly contested, but the Hurricanes’ ability to convert their chances into points at crucial times steered them to a 42-20 bonus-point victory.

The Vodacom Bulls succeeded in their mission to win their first match overseas since the third round in the 2013 season as they registered a hard-fought 30-27 victory against the Sunwolves in Singapore. The battle between the forwards, in particular, was intense, while both teams showed immense character throughout the clash, resulting in a tightly fought encounter.

The Vodacom Bulls led the first half 16-10, and built on this in a tight second half to secure a 30-27 victory.

In Bloemfontein the Toyota Cheetahs went down 25-18 against the Brumbies as mistakes at crucial times and a solid defensive display by the visitors cost them several point-scoring chances. The victory for the Brumbies allowed them to continue their dominance against the Toyota Cheetahs in the competition, while the defeat for the home side stretched their longest losing run at home in the competition to six matches.

The Cell C Sharks, meanwhile, suffered their first defeat of the season as they went down 19-14 in an epic battle against the Crusaders. The visitors attacked at will during the match, while the Cell C Sharks were forced to defend most of the time as they opted for an aerial approach.

Two opportunistic tries by Springbok wing Lwazi Mvovo combined with the team’s tenacious defence, however, kept the Cell C Sharks in the match until the final whistle. The team, however, was forced to settle for a losing bonus point in the end.

In the other matches, the Chiefs beat the Force 53-10 in Hamilton, the Highlanders defeated the Rebels 27-3 in Melbourne and the Waratahs pipped the Reds 15-13 in Brisbane.