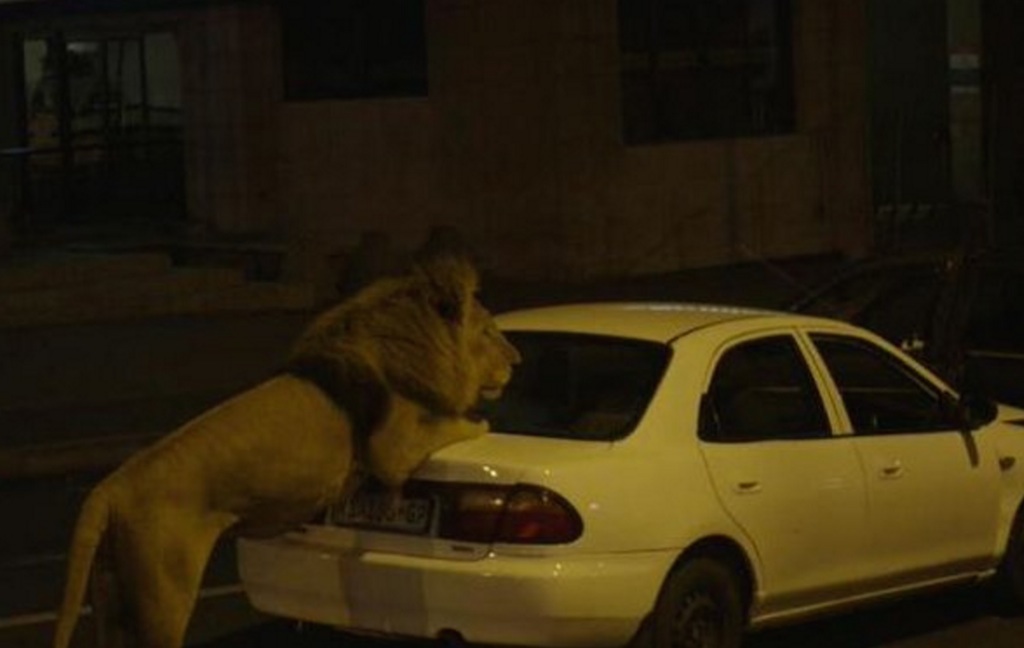 Many South Africans abroad have heard that question, “Do you have lions in the streets?” Well, on Sunday it (possibly) came true with the appearance of one on the late-night streets of Braamfontein, in central Johannesburg. But it’s still unclear whether it was a hoax or the animal was part of a movie or ad production.

The lion quickly got named Braam after the area he was in, close to downtown Johannesburg. From the photographs, there didn’t seem to be anyone nearby. Social media went wild over the “appearance” of Braam the Lion, but no one has yet come forward to take responsibility for the event, whether it was a stunt or a hoax.