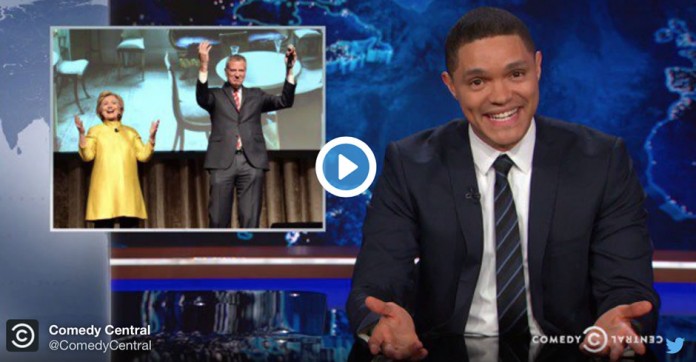 Presidential hopeful Hillary Clinton earlier this week was endorsed by her former colleague New York mayor Bill de Blasio, although things didn’t go off so smoothly. When Clinton said it had taken de Blasio long enough to endorse her, he said he was on “CP time”, a racially charged expression meaning “coloured people’s time”.

Standing with them was Leslie Odom Jr, from the cast of the hit Broadway show “Hamiton”, who was taken aback by the comment. Clinton, also surprised, quickly said he had meant “cautious politician’s time”, but the damage was done.

What was probably meant to be funny – de Blasio himself is married to a black woman – sent everyone running to their Twitter accounts. And Trevor Noah had a quick take on it too. (The original version of his show is visible at the end of the story via Twitter.)

Later in the show, two of Trevor’s colleagues show “How to Navigate Race-Based Humour”: