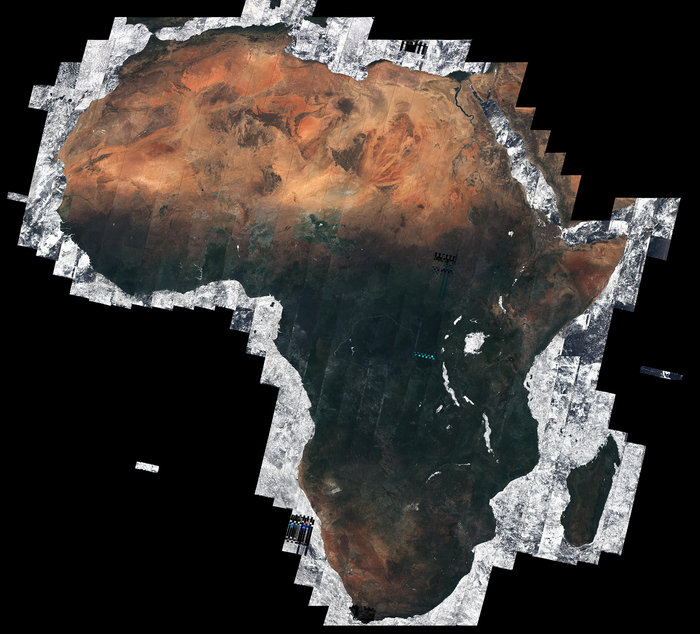 The European Space Agency has released a rare cloud-free image of Africa taken from space. The “African mosaic” is made up of 7,000 images captured by the Sentinel-2A satellite.

The ESA said on Thursday that majority of the images used in the mosaic – the first mosaic of Africa generated through ESA’s Climate Change Initiative Land Cover project – were taken between December 2015 and April 2016, and totalled 32 TB of data.

“Thanks to Sentinel-2A’s 290 km-wide swath and 10-day revisit at the equator, the chance of imaging Earth’s surface when the skies are clear is relatively high. Nevertheless, being able to capture the Tropics cloud-free over the five months is remarkable,” the ESA said.

Launched in June 2015, Sentinel-2A carries a novel multispectral imager to provide information that is not only used to map changes in land cover, but is also used to improve agricultural practices, to monitor the world’s forests and to detect pollution in lakes and coastal waters.