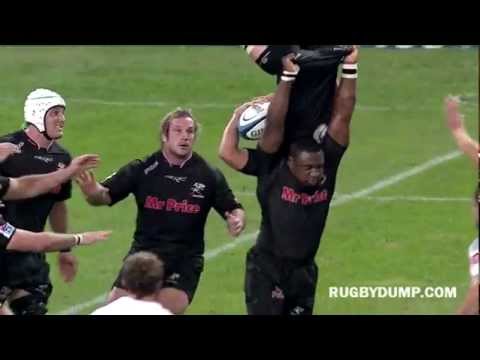 On a field in Durban, South Africa, in 2012, Tendai “Beast” Mtawarira held a catapulting mate up in the air… and quite likely saved him from serious injury. His feat has become the stuff of legend and the video below has been watched over 1.3 million times! UPDATE: Beast retires from rugby.

Beast’s heroic save of fellow rugby player Anton Bresler has become the stuff of rugby legend.

In August 2016, Rugby World Cup (RWC) featured the famous save in a birthday tribute video for Beast. Watch below:

Watch Video: Rugby World Cup Pays Hommage to the Beast on His Birthday