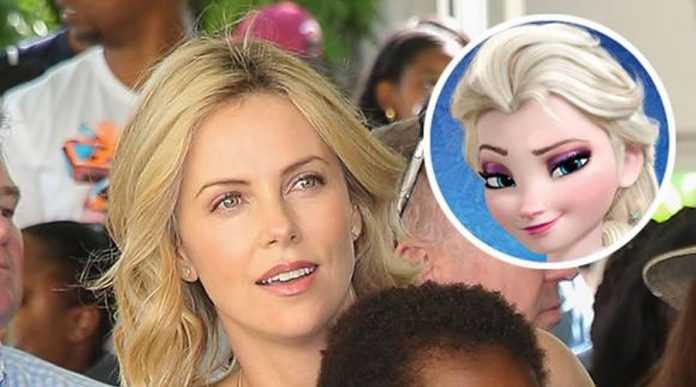 Several media outlets, including Yahoo, have rallied to show support for South African actress Charlize Theron after she was criticised for being a “bad parent” by social media users.

Her “sin” was having allowed her son Jackson to wear slip slops, a dress and a Princess Elsa hat (from hit movie ‘Frozen’)… which had a braid attached.

The comments came after a picture surfaced in the last couple of days showing Charlize and her son during a shopping trip.

Outraged fans – particularly from the black community – took to social media to vent, many of them writing aggressive comments on her Facebook page, on a post that she’d published celebrating the launch of her latest film ‘Kubo and the Two Strings’.

Yahoo News was one of the first to jump to Charlize’s defence, saying “we think it’s pretty ridiculous that people just assumed that Theron forced Jackson to dress that way, when, in fact, he more than likely chose the outfit himself.

“The only thing Theron is guilty of is being an amazing and accepting parent by letting him express himself through his style, or simply going outside in a silly outfit. He’s four — let him have his fun!”

The media outlet also quoted a psychologist who applauded Theron for “letting him be the boy he wants to be”. The psychologist warned that parents who try to police their child’s gender and make them feel ashamed for creative choices risk their child ending up suffering anxiety and depression.

Refinery29 journalist Aaron Barksdale said the backlash, as well as other instances of intolerance of black males expressing femininity, is an example of the misplaced frustration with racism.

He added: “My only hope is that Jackson and all other Black sons don’t take as long as I did to learn that there isn’t a singular form of Black manhood; the only type of man we have to be is ourselves.”

Charlize has not commented.

#CharlizeTheron causes controversy after letting her son dress up like Elsa from Frozen! https://t.co/u2v8BewHTJ pic.twitter.com/Wo9uF56d1p

@odonkoba You can take the Devil out of hell but he'll still smell like sulfur#TheySmellOfSulfur #CharlizeTheron pic.twitter.com/EbE5ogk18L

The Internet Is Fighting A Lot Over This Picture Of #CharlizeTheron's Son In A Dress…… https://t.co/EJK8ydUwfi pic.twitter.com/T7iQlYJniu