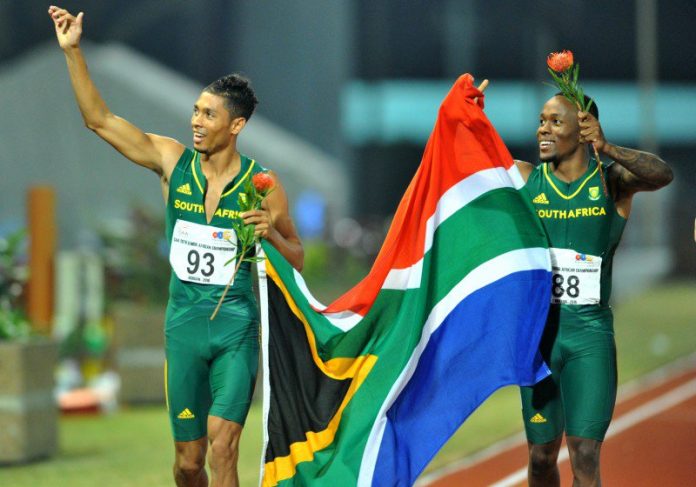 If you’d like to be there to welcome the Olympic heroes, they’re on flight AF990 which is due to touch down at OR Tambo International Airport at 09h55.

It’s been a couple of weeks since Wayde set a new world record at the Rio Olympics, winning gold in the men’s 400 metres race.

And he’s been missing home. A week ago he tweeted that he was “counting down the days.”

The superfast athlete, who started life as a premature baby (and whose love and appreciation for his mom is so sweet – see the tweets below), has been proudly representing South Africa abroad.

“I’m proud of my history and skin colour,” he said in one message, “but even prouder for being a South African ambassador.”

When an overseas fan asked what South Africa is like, Wayde tweeted: “It’s the best place bro.”

Whilst in Europe, he and Akani – both humble South African heroes – have been sharing “brotherly” tweets too.

In one Wayde said “I’m proud of you my brother… you a real example.” Akani said “thanks my bro. Just trying to be like you” to which Wayde said “There’s no difference in us – you a boss – we know your name boy… AKANI SIMBINE.”

Here are some more of their tweets in the past few days:

I'm proud of my history and skin colour, but even prouder for being a South African Ambassador.

She's not my rib… she's the entire set of ribs protecting my heart.@Neshney pic.twitter.com/KogvRW8qfg

You always believed and supported my… https://t.co/JbMN5Va9Jp

Having a lovely chilled final day in Europe before we hit off to SA with DJ @AkaniSimbine ????