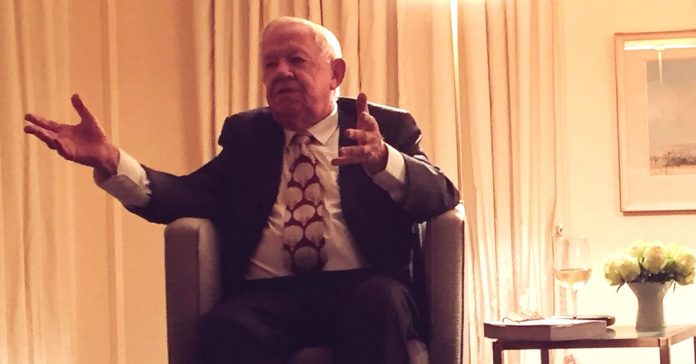 PRETORIA – President Jacob Zuma has extended condolences to the family and friends of veteran journalist and former member of the SABC board, Allister Sparks.

The award-winning columnist and author died of heart complications on Monday at Morningside MediClinic in Sandton, at the age of 83.

“He made his mark in the fight for a free South Africa and proved that the pen is mightier than the sword. We extend our deepest condolences to his family,” said President Zuma.

Sparks released his sixth book earlier this year, aptly titled “The Sword and the Pen”. It covers his 64 years of journalism in South Africa.

Sparks developed and trained many journalists, especially during his tenure as an editor.

He was the editor of The Rand Daily Mail during apartheid and the publication made its mark by exposing the evils of the system… including an undercover plan to use state resources for a propaganda campaign. This scandal ultimately led to then Prime Minister John Vorster’s resignation.

Sparks continued to contribute columns even after retirement.