The Dutch have responded to the crazy Japanese viral song ‘PPAP (Pen Pinapple Apple Pen)’ with lyrics that are even better (particularly if you’re South African and speak Afrikaans).

The Dutch version is called PKKP – Pannen-Koeken-Koeken-Pan. Watch below!

The Japanese song, first uploaded in August, has already clocked up over 60 million views… heading in the same direction as Psy’s 2013 ‘Gangnam Style’ (which has received over two billion views on YouTube).

Justin Bieber calls the Pineapple Pen his “favourite video” at the moment. It was created by Japanese comedian DJ Kosaka Daimaou, and is performed by his fictional singer-songwriter ‘Piko-Taro’. Naturally the video – which includes the lyrics “I have a pen, I have an apple – apple pen” – is available on iTunes.

But we love the Dutch version – PKKP… “I have a pan and a koek… pannenkoek”. It’s kind of catchy! (UPDATE: Videos no longer available) 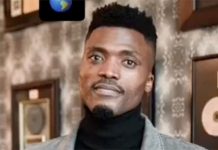 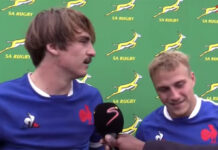