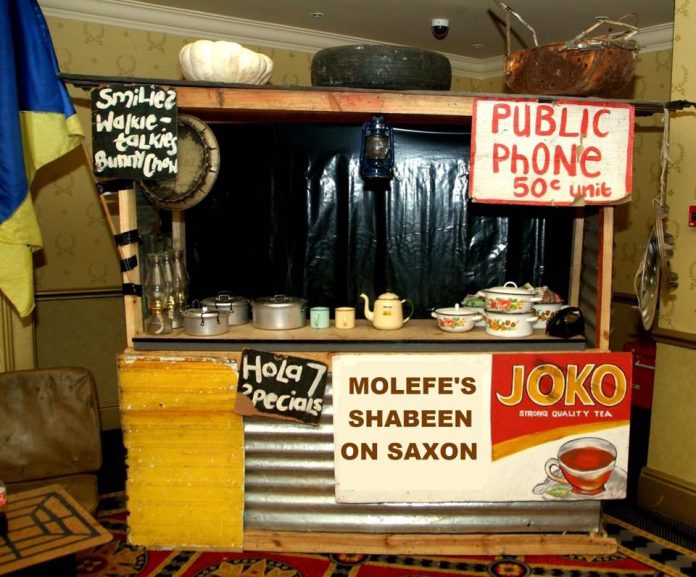 Okay, thanks to a massive demand, here are ten more fantastic #SaxonwoldShebeen jokes and memes doing the rounds on social media, and showing South African resilience and humour at its best…

For info on the background to this incredible hashtag that just keeps on giving – please see SAPeople’s first Saxonwold Shebeen jokes / meme article (basically, Eskom CEO Brian Molefe said “there’s a shebeen there” to explain why he was in the vicinity of the Gupta Family residence).

Due to popular demand, we will now accept rands and rupees in the form of Rupands at #SaxonwoldShebeen pic.twitter.com/NOnBkp3Nuh

Try the #SaxonwoldShebeen new drink 'the load shedder' – it's a shot in the dark ?

Special offer on tonight only! A bottle of Jonnny Walker will ONLY cost you a Rustenburg coal mine! Only at #SaxonwoldShebeen

When the barman at #SaxonwoldShebeen says you've had enough pic.twitter.com/pKk8pFQb3f

Weekend special at #SaxonwoldShebeen: Crocodile Tears on ice with a dash of Thuli Juice

Now I know where he was coming from #saxonwoldshebeen pic.twitter.com/m0BLOc7VHa

I'm sure Nathi Nhleko has started working on a video to show the existence of the #SaxonwoldShebeen like he did for the firepool.

Thuli Madonsela says she was not fooled by Brian Molefe's crocodile tears – she added "he put on a great show" #SaxonwoldShebeen @TimesLIVE pic.twitter.com/TdJJNsdFgW

When you are locked out of #SaxonwoldShebeen , hoping to find a way in somehow pic.twitter.com/ZWkAeiSlHm

Even the former Public Protector, Adv Thuli Madonsela (who compiled the State Capture Report), chipped in:

What you need when you go to the #SaxonwoldShebeen as you may get a huge bribe. ? pic.twitter.com/hdWrCkHORB

[MUST WATCH] So where exactly is this #SaxonwoldShebeen? Reporter @TheMikeAppel took up the challenge, here's what he found… (or didn't) pic.twitter.com/MAYSK4JVoA

OK. Whoever created this one wins the Internet ? #SaxonwoldShebeen pic.twitter.com/C2swbGPtrt

And lastly, a classic… although it’s NOT from Nando’s – it’s a brilliant spoof by Floyd Nkuna… Hope you noticed that was a lot more than ten!!!