(I wonder, can anyone anywhere be considered an outsider given the implications of the election results for the world at large?) The ongoing protests and occasional riot against Donald Trump’s election are growing tiresome. Imagine for a moment the reaction had Clinton won and Trump’s supporters staged protests or, God forbid, riots.

This election confirms the truism that life consists of shades of grey rather than simple questions of black and white.

Were the latter true, women, Latinos, gays, African Americans and other minority groups would have come out in force against Trump, his campaign having boasted the signal achievement of insulting and alienating an historically wide swath of voters across the political spectrum – so many in fact that conventional wisdom had Bill and Hillary measuring the drapes for the White House long before the polls closed.

That Trump received a significant portion of the vote of these very constituencies is proof positive of greater issues at play, with large numbers of voters confronted by the dilemma of whether to vote based on their own emotions and personal value systems or on the basis of a more reasoned, bigger-picture, approach.

That they went with the latter speaks volumes for the state of play of American politics. That many “undercover voters” chose not to discuss their inner-conflict during the campaigns or their final decision at the polls reveals some degree of nervousness in sharing their dilemma with friend and foe alike.

While there was undoubtedly a zealous – some would say lunatic – fringe that would have voted for Trump irrespective of what he said or did, many broad-stream, rational-thinking Americans did so not because of but despite the worrying signs of prejudice, irrationality and lack of self-control.

Clinton appeared to be a far safer pair of hands than Trump but also promised business as usual in Washington.

In Donald Trump they no doubt see a flawed, far more volatile individual, capable of enormous gaffes, but one who isn’t afraid of treading on toes and speaking his mind – a Washington outsider who they believe can and will deliver the change they’re demanding.

While the votes were being counted, my hopeful, more impulsive side couldn’t help but root for the promise of big change, my more cautious pragmatic side all the while reminding me that Clinton would be the safer choice.

In the end the American people went for the long-shot – the risky penny stock with great growth prospects but potentially huge downside as opposed to the safer blue chip stock with historically poor returns. More credit to them – I’m not sure I would have had the guts to make the call!

To my mind, Trump is an arrogant, narcissistic misogynist for whom the jury is still out with regards to his honesty, his level-headedness and whether or not he has the temperament to be the Commander-in-Chief.

That said he undoubtedly has qualities that, properly directed, could make for significant positive change – not only for Americans but for the world at large.

Like Ronald Regan, Trump has an uncanny knack of speaking directly to the American people – something that Clinton lacks.

It’s a rare talent that properly used can move mountains.

He also has the the backing of a Republican House and Senate and, soon, a Republican majority on the Supreme Court Bench.

If he can but bring to bear sufficient levels of introspection and humility and rein in his overweening self-regard, he has an opportunity to effect meaningful change, in the process potentially revealing himself a president of Reganesque proportions.

He has been given all the toys: a House bat, a Senate outfield, a Supreme Court umpire and a strong mandate from a hopeful but very nervous electorate. It really is his game to win or lose.

Which Donald Trump will we see in office – Candidate Trump or President Trump?

I’m of the strong belief that politicians tend towards the centre once elected to office and once they begin to understand the many and complex issues and shades of grey with which they have to deal.

I remain prayerfully hopeful that President Trump will be more presidential than many of us expect once he dons the mantle of office. We can only pray that this is so – for all our sakes!

As for the protestors; for goodness sake, the electorate has voted – it’s time to roll up the campaign banners and press on with the task ahead!

Protestors in Chicago chanting- No racists in the USA, no Trump, no KKK. 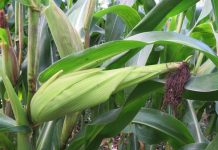