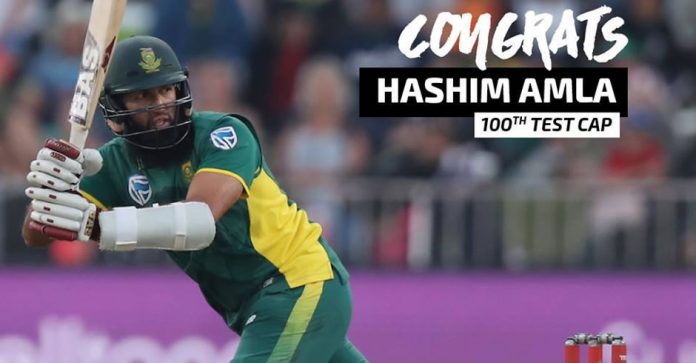 HASHIM AMLA today became the eighth Protea to complete a century of Test match appearances for the Proteas when the third Sunfoil Test match between the Proteas and Sri Lanka started at the Bidvest Wanderers Stadium this morning.

“He has entertained us all with many memorable moments during his outstanding career and will undoubtedly continue to do so for some time to come.

“Inevitably, the memories flood back to his triple century at The Oval when the Proteas equalled a world record by winning a Test match after losing only two wickets; his innings of 196, the highest for the Proteas against Australia since unity, that helped clinch the series win ‘down under’; and his century in Sri Lanka when he led the Proteas to only their second Test series win in that country. “There have been many, many others that are simply too numerous to mention.

“Possibly, most important of all, he has been a role model to the nation, particularly to the youth, for his humble nature and the balanced outlook he brings to all aspects of his life.

“South African cricket and indeed South African sport has been enriched by his massive contribution and we congratulate him and thank him for that,” concluded Mr. Lorgat.