I watched ‘Out of Africa’ for the first time just now, writes VIV VERMAAK.

MOVIE REVIEW: For starters, way too long. I know movie producers place their money on the suspension of the ‘neverending f**k’, but jissus, it took the main players seven years to get together in this story. This story could have been told in half the time, and half the amounts of vodka I had to consume to endure it. – When a movie covers a storyline spanning almost 20 years, the actors have to get a grey hair or a wrinkle somewhere.

– My main gripe: Stop killing the blooming lions! When the lion attacks their camp – for f**k’s, sake – let the lion have the one cow. The lion is blooming hungry! The cow is dead after the first gaffe of the lion’s paw, anyway. Walk away. The cow is dead. How come it is okay for the humans to shoot the cow for dinner that night, but not for the lion to have it? Sick.

– In that dastardly scene when they shoot the two lions, the WHITE guy (Robert Redford) suddenly becomes the master tracker, ordering the Kikuyu and Maasai around, noticing things in the tracks the people – who have been living on the land – suddenly can’t do better than him. Then they write some kak about the lions coming to Denys’ grave after he died, as some sort of affirmation. He shot them! Now the ‘lions’ make him a hero? American Bullsh*t!

– The farm did not burn down by an act of God, as the movie suggests. It failed due to mismanagement, as per the book.

– The Hero, Robert Redford, was a classic philandering, narcissistic poepol with Peter Pan syndrome, and now he is the hero.

– And look at the poster. Her body language is towards him, his is away from hers -reinforcing the ’emotionally unavailable’ stereotype. Fok Hollywood ook maar. Dankie.
#outofafrica #outofmyoscarlist 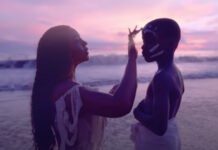 How to Watch Black Is King in South Africa, Beyonce’s Breathtaking New Film 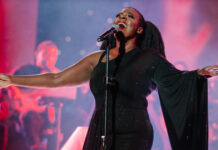