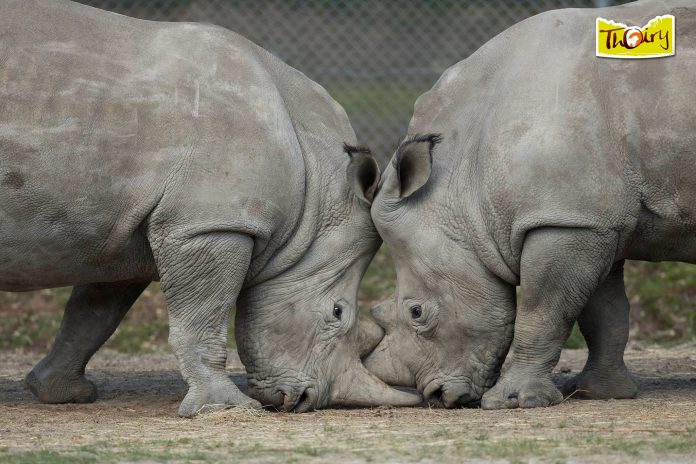 The desperation, greed and – quite honestly – repulsiveness of poachers has just got even worse. Recently poachers shocked and horrified the world when they stooped so low as to kill two young rhino (as well as attacking the staff) at a rhino orphanage in South Africa. And now they have crossed another line – this time poaching and killing a rhino in a zoo, just a 35 minute drive west of Paris in France. Thula Thula Rhino Orphanage, which was attacked just over two weeks ago, said: “It is with a great sadness that we inform you that last night, Vince, a young 4-year-old male white southern rhinoceros, was killed, poached for his horn at the Parc Zoologique de Thoiry in France.

“All our thoughts and sympathies are turned towards the zoo team in this difficult time.

“More than ever, we must remain united and supportive, because now, poaching knows no borders.”

In a French press statement which has already been shared over 2,000 times in two hours, the Domaine de Thoiry said the “entire staff is extremely shocked”. They said the criminals had entered the zoo, despite its security measures, by forcing one of the outer gates near the ‘African Plain’ open.

Vince was one of three white rhinos at the zoo. He was shot three times in the head. The other two rhino – Gracie (37) and Bruno (5) – are safe.

A police investigation in the early hours of the morning found that one of his horns was cut off with probably a chainsaw. The second horn was only partially cut, suggesting that the criminals were disturbed or their equipment was defective.

The Zoo said: “Vince was found this morning by her caretaker, who is very attached to the animals she cares for, and is deeply affected. This odious act was perpetrated despite the presence of five members of the zoological staff living on the spot and surveillance cameras.”

Rhinoceros horn thefts have been on the rise across Europe… but this is the first time a zoo has suffered an attack that has resulted in the death of a rhino.

Vince was born in a zoo in the Netherlands, and moved to France in 2015.

The zoo added several statistics for those unaware of the unrelenting and horrific poaching of rhino, which threatens to drive the species to extinction during our lifetime.