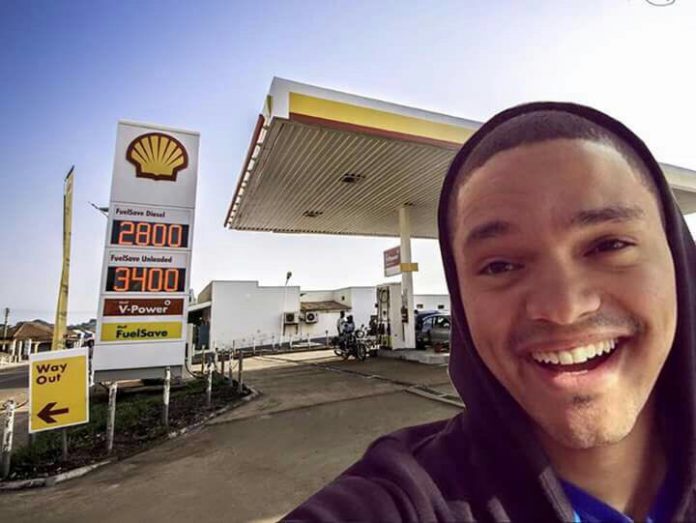 South African comedian Trevor Noah just engaged in an awesome conversation with ‘Uganda’ (tweeps on Twitter) that’s ended with him promising to visit their country as soon as he can.

Trevor tweeted: “This is a scam, I’m not coming to Uganda.”

Ugandans reacted, telling him: “This is not the worst thing that can happen! I’d even craft a special edition #KoikoiUG trip just for you. Bambi come to Uganda!”

Proudly Ugandan businessman Simon Kaheru said “let’s gather together a free trip for #TrevorNoahVisitsUganda”… and so the hashtag was launched.

Ugandans ran with it, posting beautiful photos of their country, the “Pearl of Africa”, trying to lure the Daily Show host over with pictures like these of the Crested Crane and an aerial view of the source of the Nile River. “I bet you love to see the source.”

.@Trevornoah The Crested Crane & the aerial view of the source of the Nile River. I bet you love to see the source. #TrevorNoahVisitsUganda pic.twitter.com/adIpUx3rkK

They promised “friends, food and fun” and that “you’ll come for a visit, but the road side food will keep you here”.

You can always come back to #GarugaRepublic, Trevor! Where Friends, Food and Fun meet all the time. #TrevorNoahVisitsUganda pic.twitter.com/3lVIPEvWOl

#trevornoahvisitsuganda @Trevornoah On your way to the source of the Nile, grab yourself a juicy piece of chicken at Namawojolo pic.twitter.com/MpbizybQnF

They even photoshopped pictures of Trevor happily on holiday in Uganda in various spots to help him visualise it, and insisted he would be visiting.

When This is Uganda posted beautiful wildlife photos and asked if he was sure he wanted to miss out, Trevor responded with a laughing icon and said: “you’re trying to convince a South African by using wildlife?!”

The Ugandans’ fabulous humour – and persistence! – paid off… and finally Trevor tweeted on Friday evening: “OK Uganda, you win. I’ll try to visit sometime. But when I land, I want the original Rolex made by Sula in Wandegeya #TrevorNoahVisitsUganda.”

OK Uganda, you win. I'll try to visit sometime. But when I land, I want the original Rolex made by Sula in Wandegeya #TrevorNoahVisitsUganda

The ‘Rolex’ – a rolled chapatti with two or more eggs, which is very popular in Uganda and eaten at any time of the day – was invented in Wandegeya by a man called Sula in about 2003.

Ugandans have reacted with elation at Trevor’s tweet. Tourism Uganda said “welcome home” and promised that Uganda is a “fairy tale. U will have a gd time.”

#TrevorNoahVisitsUganda spotted at shell trying to fuel his jokes pic.twitter.com/QwOQ1geFbB