The call for radical economic transformation has grown louder following President Jacob Zuma’s 2017 State of the Nation Address. Accompanying these calls is a line of argument that says “white monopoly capital” is to blame for the fact that the majority of black South Africans remain marginalised from the mainstream economy 22 years after apartheid ended.

The call for radical economic transformation has grown louder following President Jacob Zuma’s 2017 State of the Nation Address. Accompanying these calls is a line of argument that says “white monopoly capital” is to blame for the fact that the majority of black South Africans remain marginalised from the mainstream economy 22 years after apartheid ended.

The term ‘white monopoly capital’ is not new but increasingly it’s used to deflect attention away from the real issues facing the country’s economy. These include government incompetence, corruption, poor infrastructure, lack of skills and bad policies.

While the white monopoly capital noise rages on it’s become clear that the governing party (African National Congress) has no political will to address critical areas harming the economy such as rigid labour laws and market inefficiencies caused by state-owned enterprises.

There are also indications that the call for radical economic transformation is a political ploy to loot and enrich the black elites who are abusing their proximity to political power.

The truth is; capital has no colour or political affiliation. Thus no race or person can ever monopolise it. As such this ‘white monopoly capital’ talk is a fabrication.

Ownership figures based on the Johannesburg Stock Exchange’s shareholder-weighted index proves this point. Approximately 50% of total market capitalisation of the stock exchange (R14 trillion) is held by international investors. Next are the Black Economic Empowerment groups who control 23% (10% directly and 13% indirectly through mandated investments).

Then there is 14% belonging mainly to South African pension funds, investment funds, which also comes with some black representation, and other unmeasured fund managers. Lastly is the Public Investment Corporation (PIC), the state owned asset management company, which holds approximately 13% of the JSE’s total value, of which the Government Employee Pension Fund controls the biggest chunk.

These numbers show that the white monopoly capital domination factor is both overstated and illusive. Instead of harping on about this mythical deception the governing party should focus on saving the country’s economy from the
tail spinning mode.

State of the economy

There’s consensus that South Africa’s economy needs to grow by at least 6% to reduce stubbornly high levels of unemployment – most recently quoted at 27%. Mixed with rising political and social unrest and a weakening fiscal position this has become cause for major concern among credit rating agencies whose threat of a downgrade still hovers over South Africa.

It’s therefore imperative that the government acknowledges the current state of affairs and confronts the real causes of the country’s predicament. The major sectors of mining and manufacturing have been perennially shrinking in recent years as global trade and output patterns change. Yet the government still hankers after a previous era of mass low-skilled employment rather than designing education and labour market policies that will produce a more relevant skills base.

In addition, the current economic downturn is eroding both government revenue collection and it’s spending. This pressure was evident in the recent budget where the R30 billion revenue shortfall was largely filled by raising taxes on high-income earners.

This is a delicate situation which requires due care. Policies that limit the wealth generation capabilities of the wealthy via market interference and higher taxes will stimulate capital flight and tax avoidance. And this will negatively affect tax collection and service delivery to the poor.

To solve the current situation a number of measures need to be taken that will stimulate economic growth. First, the government needs to go back to basics. It clears the contradictory regulatory frameworks and infuse certainty around how economic transformation policies will proceed. Government must also entrench good governance and fight corruption. Most importantly South Africa needs to overhaul its education frameworks so as to develop skilled and semi-skilled labour appropriate for a globalised world.

Politicians should also stop misleading South Africans by projecting their failure on to “white monopoly capital” and creating false hopes. They should rather concentrate their efforts on fundamental areas that will strengthen business and investor confidence to help the country move out of its low growth cycle.

Lastly, the government should introduce the much advocated structural reforms in critical economic sectors. These include a sustainable supply of energy, efficiency in state owned enterprises (including partial and full privatisation), and labour market reforms.

Without political will beyond cheap rhetoric, South Africa will remain mired in a rising tide of poverty, inequality, and unemployment. As Professor Brian Kantor recently noted 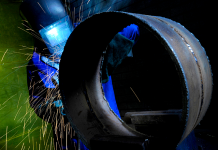 Lawyer and 4 Others Arrested for Oil Theft from Transnet Pipes 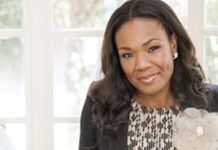