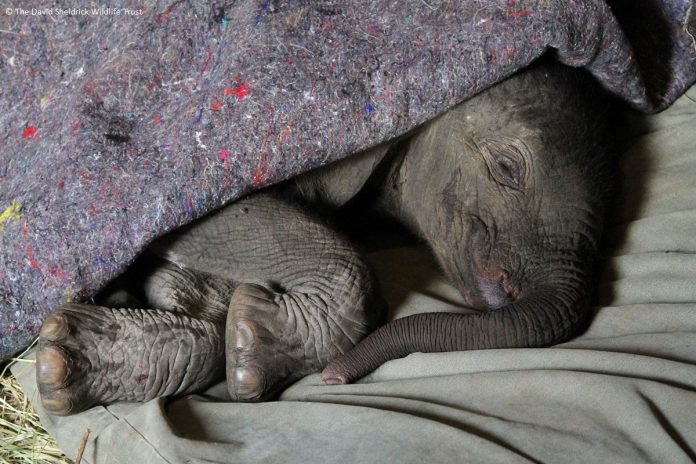 Humans and animals need to do several things to pass on their genes: eat, avoid being eaten, reproduce and sleep.

Missing any of these biological imperatives leads to death. But when we’re asleep we can’t perform those other functions. One of modern science’s big mysteries, then, is: why do we sleep?

Scientists have suggested many answers when it comes to human sleep. One is for the removal of waste products, another is for memory consolidation. One way to test these ideas’ validity is see how they apply to sleep in exotic animals that are normally not studied, such as the large African mammals.

Research has already shown that larger mammals tend to sleep less than smaller mammals. So African elephants, adults weighing between 3000 and 5000 kg, shouldn’t sleep much. Recording brain waves is the accepted way to prove when an animal is asleep: features of the brain’s global activity show when the brain is awake, in slow wave sleep or is dreaming (REM sleep). But doing this in elephants borders on surgically impossible because of the large frontal sinus that makes up most of their skull.

To overcome this our comparative neurobiology group at the University of the Witwatersrand, with colleagues from Elephants Without Borders and UCLA adapted an activity meter used in studies of human sleep. This allowed us to monitor the sleeping patterns and habits of two wild elephant matriarchs.

The results, published in the journal PLoS ONE, are important for two reasons. By understanding sleep across animals we can gain insights into improving the quality of human sleep and our quality of life. But just as crucially, understanding sleep in animals like elephants helps us to understand them better – and improves our ability to develop beneficial conservation and management strategies.

The device we used provides an output of the number of acceleration events per minute. It could be readily implanted under the skin to measure when the elephant was or wasn’t moving. After observing elephants in the wild, we realised that the most active part of the body was the trunk. We reasoned that if the trunk wasn’t moving for five minutes, the elephant was likely to be asleep – so that’s where the activity meter was implanted.

Combining this with a GPS collar and gyroscope – which measured bodily movements in the x, y and z planes, we made four really interesting observations:

Existing research done on captive elephants found that they slept on average between four and six hours a day. That’s because they have plenty of time to sleep. They aren’t having to go out and find the food they need to keep their large bodies going, they receive a higher quality diet and they are not at any risk of predation.

A large elephant needs to eat around 300 kg of low quality food daily. This leaves little time for sleep. One of the specialisations in the elephant brain are orexin neurons of the hypothalamus. These control the balance between satiety and arousal: if you’ve had enough to eat, the neurons become silent and allow you to go to sleep. If not, they keep you awake.

This balance and the quality of the diet explains the trend for larger mammals to sleep less, or herbivores to sleep less than carnivores and omnivores (like humans). The elephant data supports this emerging idea in sleep research, and helps explain why the elephant sleeps so little.

In captivity, elephants spend much of their time asleep lying down, but they also sometimes sleep standing. With combined data from the gyroscope and the activity meter we found that wild elephants mostly slept standing up. Lying down to sleep only happened every third or fourth day and for about an hour.

Mammals lose tone in their skeletal muscles during REM sleep. So for an elephant to have REM sleep it needs to lie down, as without any muscle tone it is very difficult to remain standing, unless they’re resting against a tree or a large rock.

Some nights the elephants went without sleep. This happened three nights for one elephant, two for the other. Not long after sunset on these days the elephants were disturbed, perhaps by hunting lions, poachers or even a bull elephant in musth. For the remainder of the night the elephants hiked for a distance of around 30 km. This behaviour had never been recorded previously for elephants. It indicates that elephants really do need a lot of space, which is important in terms of elephant conservation – it seems that small reserves don’t give them enough room.

Lastly, the time the elephants went to sleep (sleep onset) and woke up (sleep offset) was not related to sunset and sunrise. Rather, both were strongly related to the “real feel” of the environment; a mix of temperature, humidity, wind speed and solar radiation. It appears that environmental cues are important for going to sleep and waking up at the right time. If we examine this more closely we might be able to adjust human sleep environments in a way to get ourselves a better night’s sleep.

Paul Manger, Professor of Comparative and Evolutionary Neurobiology, University of the Witwatersrand

How much sleep does an elephant need? 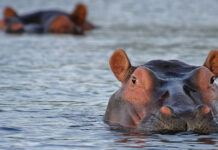 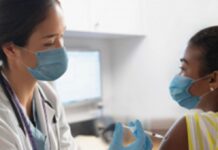