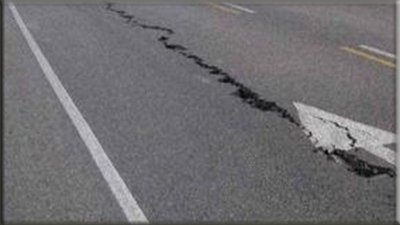 PRETORIA – No fatalities have been reported in the North West province following an earthquake which shook parts of the province on Monday; and Emergency Services have urged South Africans to stay calm if there are any other tremors in the following few days.

The department said two towns were struck by a 5.2 magnitude quake, which originated from about five kilometres below the surface of the earth.

“The epicentre was within eight kilometres of the North West town of Stilfontein,” said the department.

The department’s MEC Galaletsang Gaolaolwe said a team was dispatched to assess the damage, and “thus far, no fatalities have been reported”.

Eskom reported no damages other than power failure which has already been restored.

The MEC said the Chamber of Mines and the Department of Minerals Resources have also informed the department that there were no injuries encountered as a result of the earthquake.

The tremor was also felt in parts of Gauteng.

An even larger earthquake – measuring 6.5 magnitude – was experienced in neighbouring Botswana on Monday. It was apparently it’s biggest ever, and occurred in an area near the Kalahari Game Reserve… which caused aftershocks felt in Zimbabwe and across South Africa – including Limpopo, North West, Mpumualanga and Gauteng where people reported buildings shaking.

Emergency Services say locals should not panic, and should find places of safety if there are any other tremors this week.

VUT students breaking the glass in the library trying to get out becacuse of the #earthquake that almost traumatised them.#tremor pic.twitter.com/aYdpWZWgru

More photos from a supermarket after this evening's #earthquake here in Botswana. pic.twitter.com/mYccvgcqXp

According to experts last night's #earthquake apparently the biggest ever recorded in Botswana. https://t.co/XxRNdBV6AY pic.twitter.com/oMKv43SACO

That wasn't an #earthquake that was the #Rand hitting the ground! #junkstatus