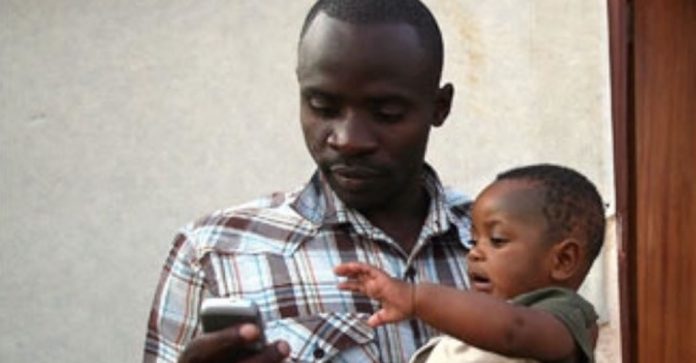 Godknows Nare was one of the best investigative journalists I have ever met. A Zimbabwean living in South Africa, he worked as a journalist and fixer for local and international news organisations – including the SABC’s Special Assignment, eNCA, BBC, Al Jazeera and the New York Times. He was also a friend of mine.

I met him during my last trip to South Africa when I interviewed him about rhino poachers. He had spent six harrowing months following, interviewing and filming rhino poachers around Kruger National Park. During this time, his life was threatened, but, as he did with all of his other projects, he persevered.

His work also included a documentary into Zimbabwean prisons and investigations exposing Mugabe (hence him living in South Africa). He was a fearless pioneer for truth and justice.

Last week, he was shot dead outside of his sister’s house. His colleagues and friends believe it was a targeted shooting.

I have set up a fund to help his wife and three small children pay for a funeral and help with living expenses.

If you don’t know:

– South Africa has NO social safety net. There is no welfare, no benefits, nothing. If you can’t afford your rent, you are out on the streets.
– In South Africa, in order to pay income taxes, you must make over $600 a month. As a freelance journalist, Godknows (along with 80 pecent of the country) didn’t meet that threshold.
– School for children is “free” but the uniforms and books are not.

In full disclosure, Godknows’ death did hit the Johannesburg papers , in which he was accused of either stealing a car, running from the police or shooting at police. But later reports say that his car was targeted and that the initial police claims that shots were fired from his vehicle were “unfounded.” Eyewitnesses also say that police shot out the tyres of his car and when he got out of the vehicle he was shot dead.

Let me also add: the SAPS (South African Police Service) is notoriously corrupt and there is no way Godknows was involved in anything shady. I am not a conspiracy theorist nor do I say post things like this lightly (I have never done anything like this before).

RIP, Godknows, and blessings to your family.

If you’d like to contribute to the Godknows Nare Memorial Fund, please click HERE. Any amount makes a huge difference. Godknows was a good friend and a lovely human being.

Watch “Confessions of a Rhino Poacher“:

This article first appeared on Paula Froelich’s website – www.abroadabroad.com – and is republished here with her kind permission.

PAULA FROELICH is an award-winning journalist from the USA. She founded A Broad Abroad and is pretty much up for anything – including skiing in Afghanistan – as long as there’s a good story to be found and some sort of homebrew. After 10 years as Deputy Editor for Page Six, New York Post’s famed gossip column, Paula was named senior correspondent for Newsweek before being brought on as editor-in-chief, Yahoo Travel to relaunch the company’s travel site. A gifted orator, Paula has been a featured speaker at the White House, the New York Times Travel Summit, the Mashable Media Conference, Advertising Week, PhoCusWright, Pure, TBEX, ATMEX, ATWS and more.
MORE: www.abroadabroad.com