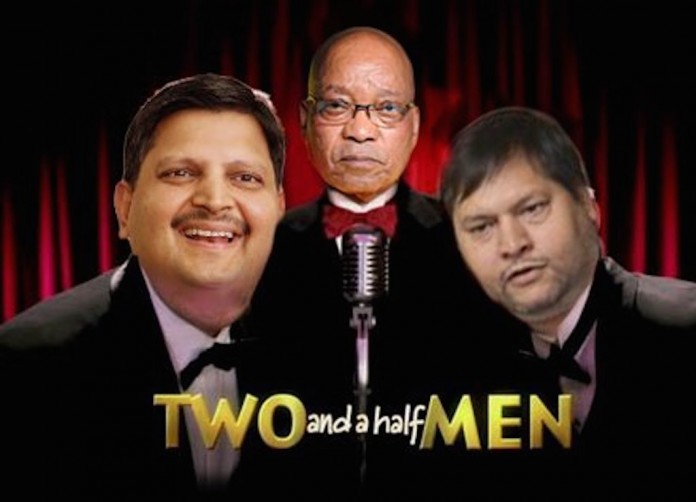 Daniel Sutherland – who describes himself as a Cape Town-based amateur writer who likes to fight for the truth, as well as being a patriotic South African – has penned his theory on how the Guptas became so powerful in South Africa.

“The Gupta family read and analysed our country’s fault-lines. The father sent his 3 sons to South Africa in 1993, just one year before the ANC took over.

“… He knew that Madiba was already old, and that the bad apples would soon take over. The Guptas bided their time.

“He must have known that there would be huge corruption opportunity.

“That family came here and cultivated Zuma783 since way before Zuma783 rose to power. They made Zuma783’s children directors of their companies.

“They ingratiated themselves so much with the Zuma family and the ZANC, that Zuma783 actually outsourced the running of the shadow state to the Guptas. The Guptas were the brains of the criminal cartel that was created to loot the resources of the state on an industrial scale. “In short Gupta- Zuma Inc now owned the State. They owned all of the SOE’s. They owned Eskom, Denel, Transnet and the SABC through the boards, the CEO’s and CFO’s and the ministers who were all on their payroll. They started to loot the SOE’s in a systematic and orchestrated way. Details of that were already revealed by amaBhungane, the SACC and the PARI academic research group.

“I heard from someone that the Gupta family is involved from the mother and father down. The mother drives her children. Not that they need any motivation.

“The Guptas became fabulously rich in the space of a few years. They spirited billions out of the country. When the banks picked up illegal activity from the Guptas, the Guptas relocated to Dubai, but kept on running South Africa by remote control, through their puppet, the President.

“The Guptas then turned to something very dark and evil when more and more of the true nature of what they did started to emerge.They started to sow racial hate and division – the so called WMC narrative – through the white-owned British-based PR company Bell Pottinger, who also worked for George Bush to generate worldwide support for the invasion of Iraq.

“The racial division campaign was designed to take attention away from state capture. No matter the blood that would inevitably be spilled as a result of such a racial hate campaign.
Bell Pottinger went all the way to achieve their aims, social media infiltration, paid twitter, disinformation campaigns, especially through their Gupta media like ANN7. They also hired the facists Andile Mngxitama and Jimmy Manyi to assist them.

“The Guptas really exploited the divisions of the past to their fullest.

“The Guptas might wear fancy clothes and stay in fancy houses, but they are worse than vultures. Vultures have a useful and noble function of getting rid of dead carcasses.

“The Guptas are co-responsible for the junk status and collapse of the State and the capture of SA’s criminal justice system. Millions will be kept in poverty, so that one Indian foreign family, with a small Zuma783 elite cabal, can be rich beyond their wildest dreams.

“The Guptas are criminal human scum. They are like the scum that floats on top of a septic tank, the septic tank of all their criminal activities, including mass looting and high treason.”

This opinion piece by Daniel Sutherland is republished here with his kind permission. Please note this is an opinion piece and does not necessarily reflect those of SAPeople. Please read the full original here.