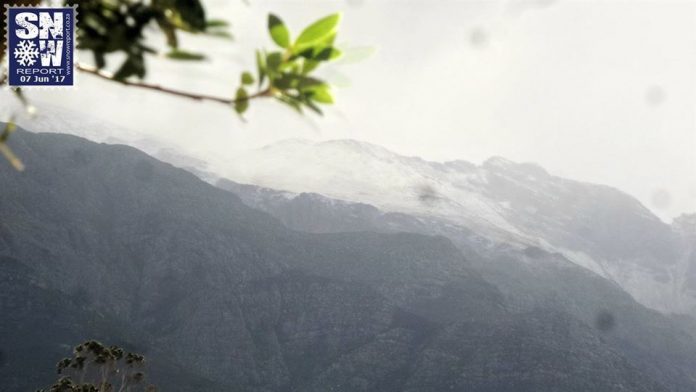 PRETORIA – Western Cape residents were told to brace themselves for snowfall, following the strong winds and heavy rains that have gripped the province. And already some snow has fallen! Here are some of the snow photos which have been posted to Snow Report SA: 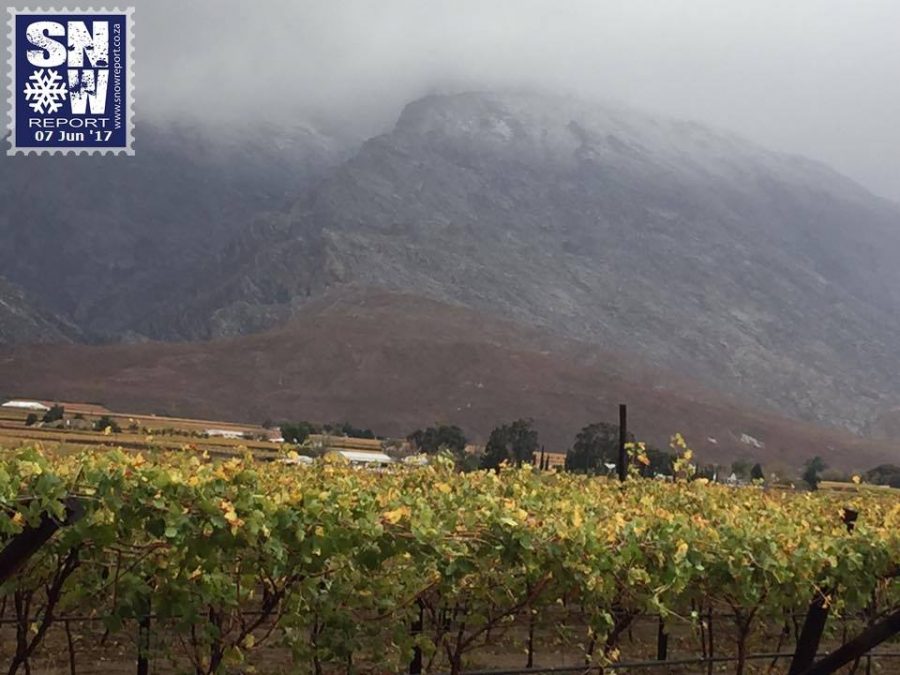 The first report of snow (above) came in to the popular facebook page a couple of hours ago from Susan De Villiers : “There is snow on the mountains in De Doorns!! Matroosberg.”

Christine Carstens‎ sent the following pic in, saying: “Seeing is believing! Brandwacht Mountains, Worcester. We are really looking forward to seeing this view tomorrow after the heavier snow expected tonight.” 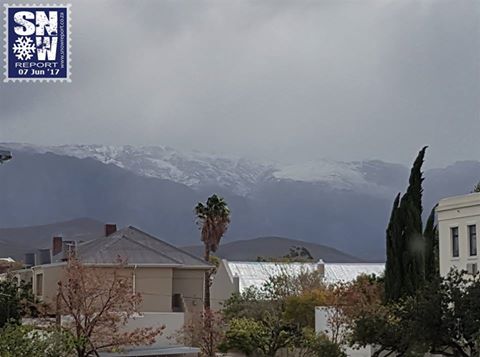 Trudie Richards sent in this of the Western Cape’s Worcester mountains at lunch time. 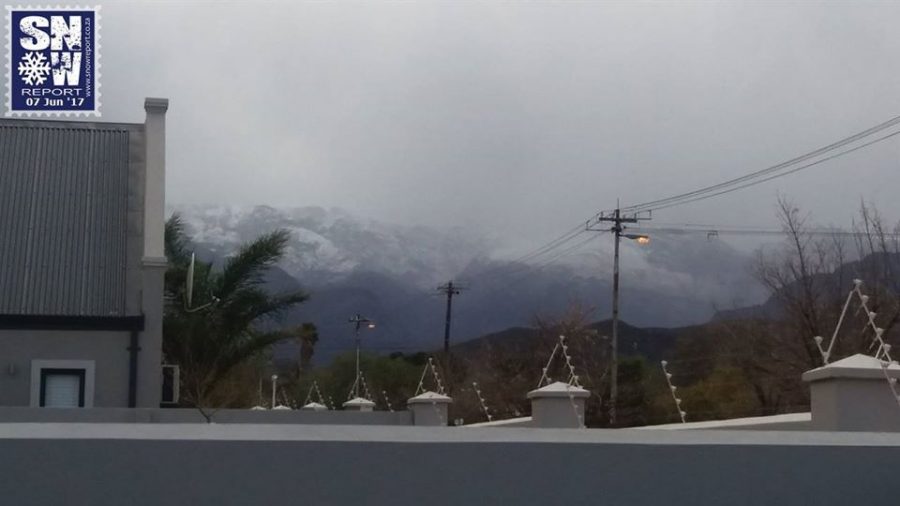 Jeannie Wasserman Cook captured this snow pic of the Worcester mountains from the ‘De la Bat school for the Deaf’ campus: Lulu Maritz photographed this close-up of a mountain top in Worcester: Snow is now also falling at SALT near Sutherland in the Northern Cape: Western Cape resident, Teresa Kotze, reported that the temperature just dropped significantly in a 10 minute period about an hour ago (lunch time) in Durbanville. “Clearly the snow part of the front has kicked in,” she said.

According to the South Africa Weather Services (SAWS) forecaster Puseletso Mofokeng, residents were told to expect snowfall later this afternoon until tomorrow morning, while the cold weather will continue throughout the week.

The SAWS and Western Cape officials have warned residents to keep any belongings exposed to the elements tied down for safe keeping.

The City of Cape Town, where the worst drought in a century is being felt, also urged residents that where possible, to use suitable containers to capture rainwater, which is perfect for flushing toilets.

According to the City, flushing toilets with rainwater could save nine litres or more per flush, depending on the type of toilet. – SAnews.gov.za