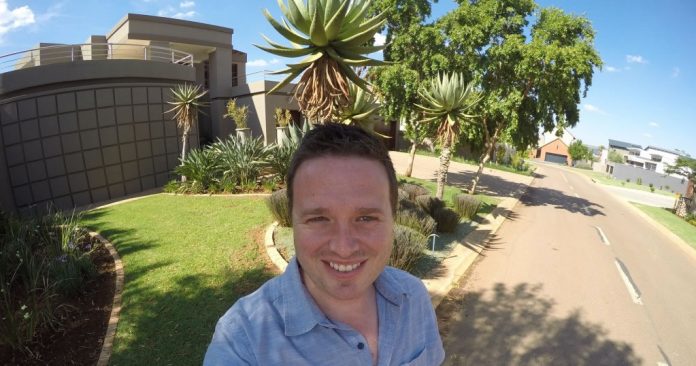 I’m sorry if the title brought you here in hopes I’d be talking about who would win in a fist fight between Canada and South Africa.

That would be ridiculous because there couldn’t be any possible way of knowing (but for the record, it would totally be Canada. We’re able to harness the power of poutine). When I say Canada vs South Africa, what I MEAN to say is I’m going to talk about the differences I’ve noticed between the two countries. I’m sort of qualified to talk about this because I’m a Canadian who moved to South Africa 11 months ago.

1) The View From Here

Sorry, South Africa. Canada’s got you beat here. The wildlife in South Africa is absolutely incredible, and yes, you have the beaches in Cape Town and Durban and a few hills here and there, but, I mean:

South Africa has a LOT of flat, featureless land. If you’re going to argue with me on that and you haven’t driven through the Rockies or looked at the view from Vancouver, you don’t have a leg to stand on. There’s a ton of beautiful things to see in South Africa, don’t get me wrong. But as far as scenery goes, Canada’s tough to beat.

The guys don’t cook when they braai – they PERFORM

Alright, South Africa, you win this round. It’s not even a contest. It’s like Mike Tyson in his prime boxing against an infant in a wheelchair. A man’s entire sense of worth is based on his ability to cook outside, and I THOUGHT I was a master back in Canada. Then I came here. The guys don’t cook when they braai – they PERFORM. And the audience is enthusiastic, watching in anticipation, waiting for their chance to seize the braai tongs should the braai master be foolish enough to put them down for even a fraction of a second because then THEY can show off their manhood to the adoring crowd (take that as literally or as figuratively as you want).

Everything from your choice of meat, the way you tend your coals, the height of your grill from the heat, and the frequency of flipping the meat will be scrutinized. If you pull it off just right, you’ll be the hero of the day, and so you should be because a braai is the closest you’ll ever be to heaven on earth. Sorry, Canada. You can keep your BBQs. They belong in the toy bin.

The restaurants are great in both countries, but come on, South Africa, no free drink refills? I’ll give you a pass because you do everything else so well.

This is a tough one. Canada offers a bunch of really cool activities. In the year before we left, we went to the Capilano Suspension Bridge, Drumheller, Niagara Falls, and Santa’s Village. Plus we went on several road trips, went camping, watched some whales, and did a bunch of other things that I can’t even remember.

But most of that stuff took planning and involved some travel. Also, things tend to be kind of expensive in Canada.

From where we live in South Africa, we can do a day trip to an incredible nature reserve that has all the Big 5 (elephant, rhino, lion, leopard, and cape buffalo), visit Gold Reef City, hang out with elephants, or have countless other one-of-a-kind experiences. And if we want to go for a little bit of a drive, we can hit the ocean in Durban or go to my favourite place on earth, Kruger National Park. And all this stuff costs a fraction of what much lamer things cost in Canada, so South Africa has the edge on this one.

The less said about this, the better. Plus, I’ve already talked about it at length here, here, and here. Canada all the way here.

Ok, I know that’s worded super awkwardly. Whatever – you know what I mean by that, so stop judging me. I’ve already talked about the perception of safety in South Africa. Because of the relatively high crime rate here, everything is on lock down.

One of the biggest things that struck me when we moved to South Africa was the ubiquity of very high walls, barbed wire, and electric fences. And we live in a security estate that has guards, walls, and an electric fence. Then our house IN the estate also has a huge wall. To start with, it feels like a prison, but I don’t even notice it anymore.

However, I’m told that one of the things about Canada that really strikes South Africans is the absence of all these security measures. Canada’s on top with this one.

This one is tricky. When I moved to South Africa, I was told how much cheaper everything would be. Turns out that’s only kinda true. Yes, food, entertainment, and housing (if you buy) is cheaper than in Canada. But toys, electronics, clothes, and cars are WAY more expensive here, and once you factor in the fact that South Africans make less money on average, it’s really kind of a wash. And inflation in South Africa averages about 9% per year, while in Canada it’s closer to 2%. So if your wages don’t keep up at the same rate, you’re going to be fighting an uphill battle. No real winner in this category.

Forget about using the mail service in South Africa. When stuff DOES get delivered, it’s generally about an 8-12 week journey from overseas, and only the first week of that takes place outside of South Africa. But even then it’s a crapshoot, because post office employees in South Africa are well known for doing their own personal “shopping” from packages they’re supposed to deliver. If you want to get something sent to you in South Africa, use a courier. As much as Canadians love to hate Canada Post, they actually do their jobs, and they do them well. You win this one, Canada.

In what should be considered the most obvious sentence ever written, South African weather CRUSHES Canadian weather. Ever have your boogers freeze in your nose? I hope not, because no human being ever deserves that. Yet it’s happened to me. Hundreds and hundreds of times. You know what I haven’t done since moving to South Africa? Slipped on ice. Nor have I had to buy winter tyres for my car. On Christmas Eve last year, I called my parents. It was 36 degrees Celsius at my house. It was -35 degrees there. Does a 71-degree difference in temperature sound ridiculous to you? It should, because it is.

I would highly recommend every single Canadian move to South Africa

Based on this point alone, I would highly recommend every single Canadian move to South Africa. I promise you won’t miss getting frostbite on your junk every time you want to go streaking in December.

Well, this seems like a strange thing to talk about when comparing Canada vs South Africa, doesn’t it? Yes and no. It seems like such a minor thing, but remember when I talked about the weather in South Africa just a few seconds ago? It doesn’t really get cold here, and winter is pretty short, but I’ve never been colder in my life than I’ve been in South Africa. The houses aren’t insulated, and there are usually small spaces around doors and windows through which air can flow. This means that when it’s 10 degrees outside, it’s 10 degrees inside!

It doesn’t matter how cold it is outside in Canada – it’s always going to be nice and cozy inside because we’ve figured out how to build stuff that keeps freaking heat in! South Africa, you fail miserably here.

Sure, there are those who will rob and/or kill you, but the ones who won’t will become your best friends.

And here it is: South Africans are friendlier than Canadians.

Sure, there are those who will rob and/or kill you, but the ones who won’t will become your best friends.

Us Canadians are very polite. And boring. We’ll say hello and continue on our way. South Africans will say hello, ask about your day, ask about your life, make you late for work, then invite you to their house so they can show off their skills at the almighty braai.

Any of you Canadians who want to prove me wrong, answer me this: how many new friends have you made in the last year? I just had a Canada Day party at my house with over 30 new friends, and I’ve only been here a few months. South Africa wins the friendly competition.

And the winner is….

Does there have to be a winner? Of course there does, because EVERYTHING is a competition. While Canada is safe, beautiful, and efficient, it’s also boring, predictable, and cliquey. In my books, South Africa – with its wild unpredictability, its mind-blowing weather, and seemingly unlimited activities – is where I want to be.

Plus, South Africa has elephants.

But at the end of the day, home is where the heart is. Where’s YOUR heart?

My name is Phil! Maple and Marula is a way for me to make sense of my new surroundings as an expat who has no idea what I’m doing.

PHIL MALONEY moved with his wife and two young children from Vancouver, Canada, to Pretoria nine months ago, on a work contract. He started his blog as a way to update his friends so he wouldn’t have to keep answering the same questions. Check out www.MapleAndMarula.com for more of Phil’s brilliant observations as he falls in love with South Africa! This post is republished here with Phil’s kind permission.