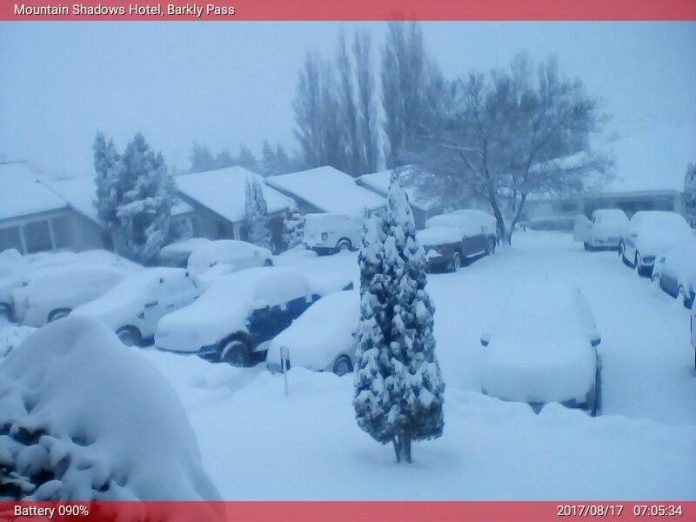 As predicted by Weather SA a cold front has hit South Africa bringing snowfalls to several parts of the country.

Rob Ansell from Snow Report SA, reported this morning from near Black Mountain that there has been persistent snow since about 07h45, and it’s expected to continue with 30-40cm predicted within the next 24 hours.

Here’s a selection of just some of the photos sent in to Snow Report SA, Storm Report SA and Reenval SA:

Currently there are snowy Landscapes in Impendle KZN – Chantal Grung‎ 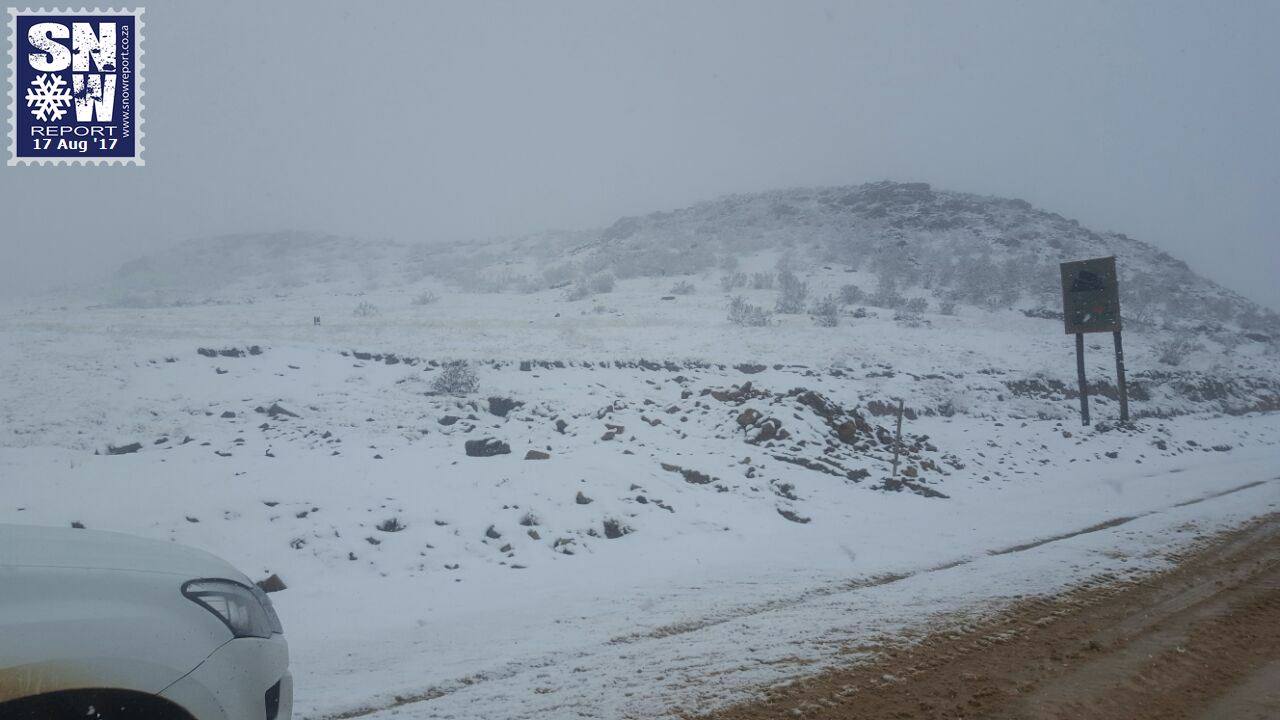 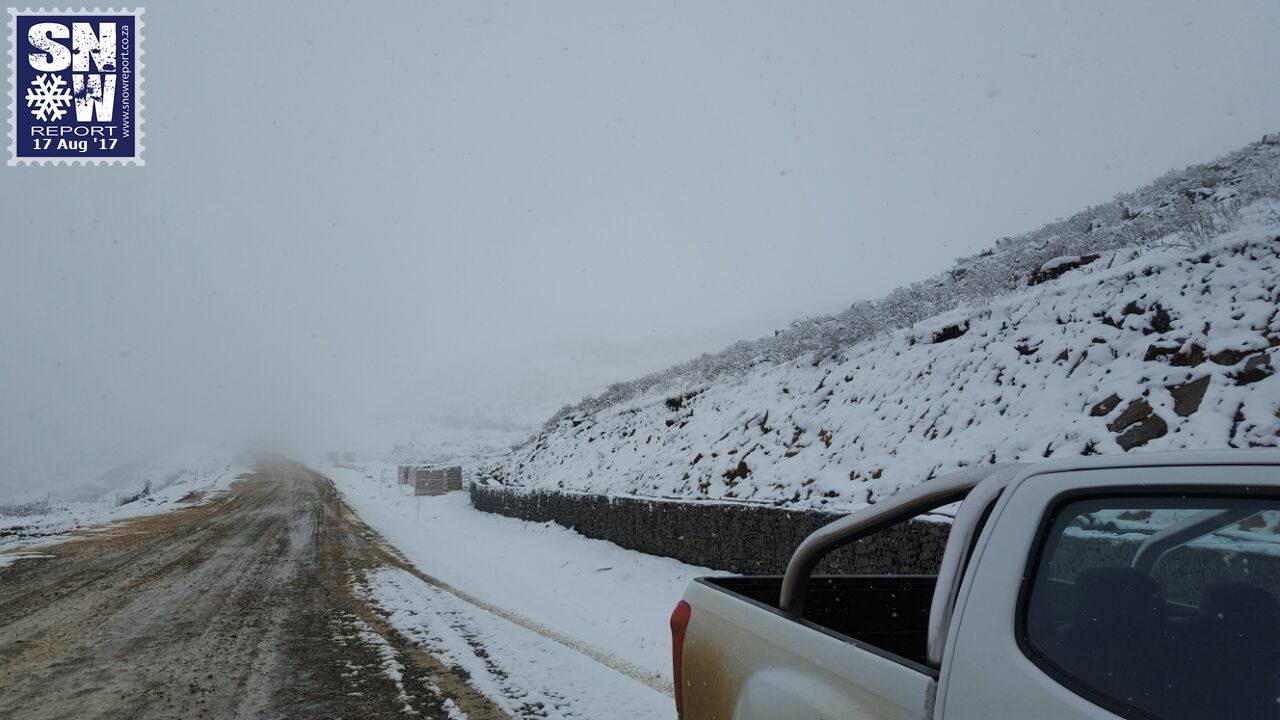 Hennie Möller took some photos at Funerey Plantation between Elliot and Ugie. 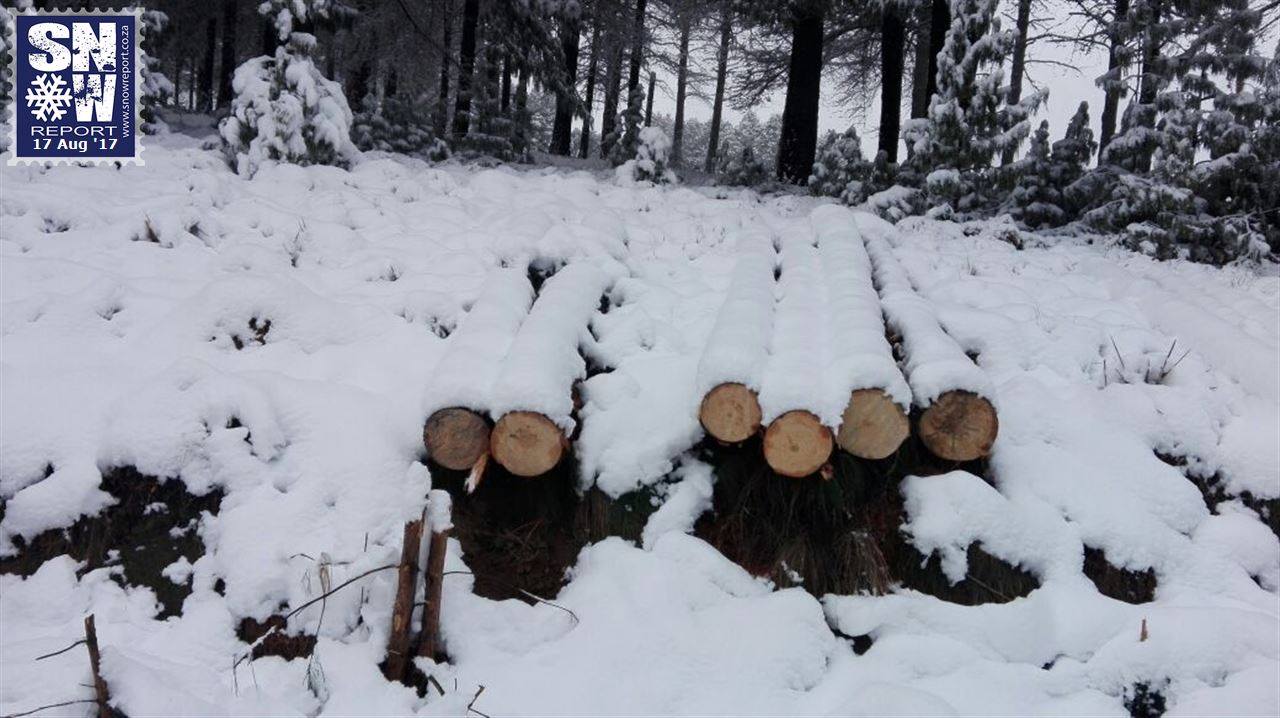 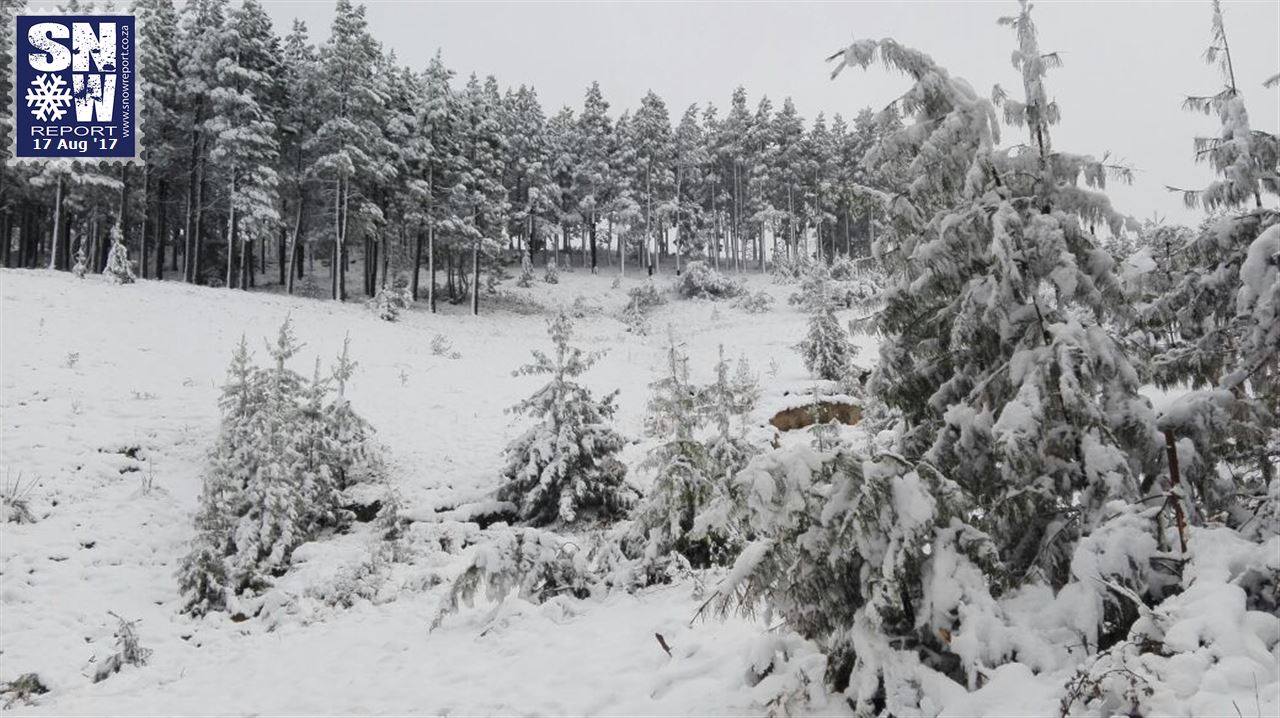 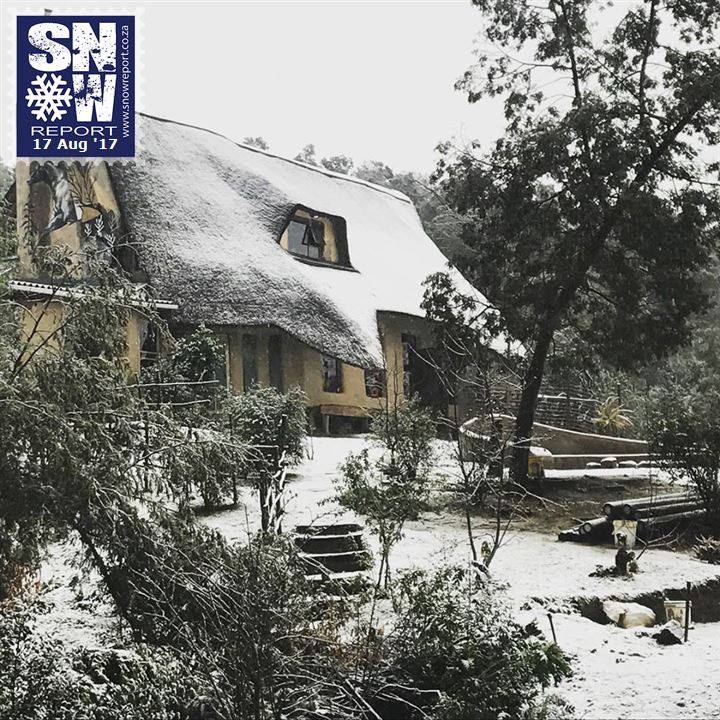 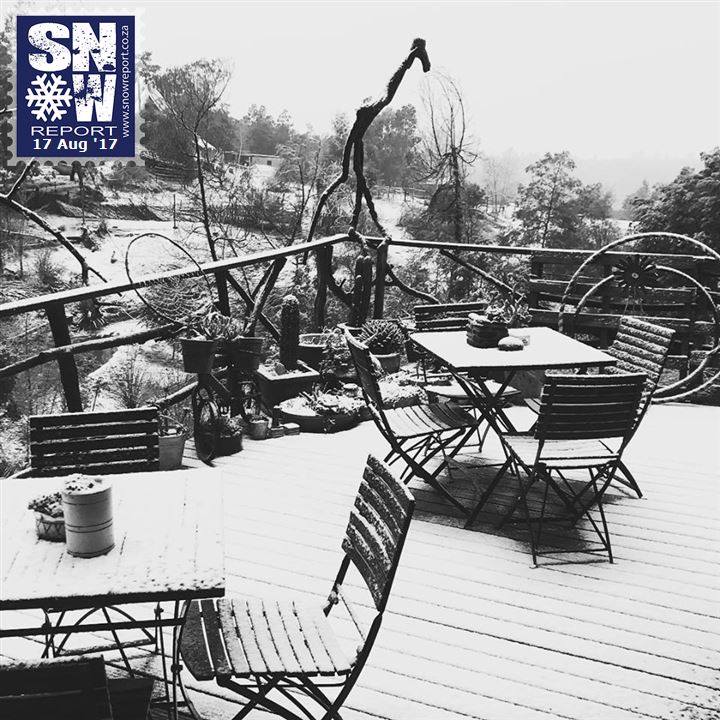 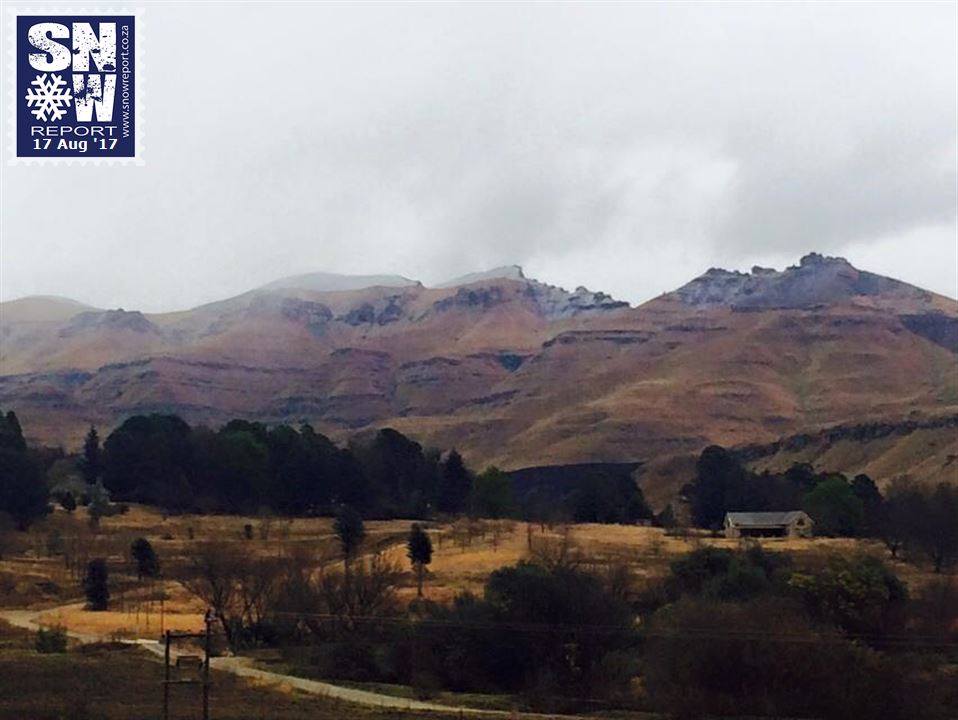 Afriski Mountain Resort in Lesotho can LITERALLY see the cold front coming and hopefully bringing a bit of snow! 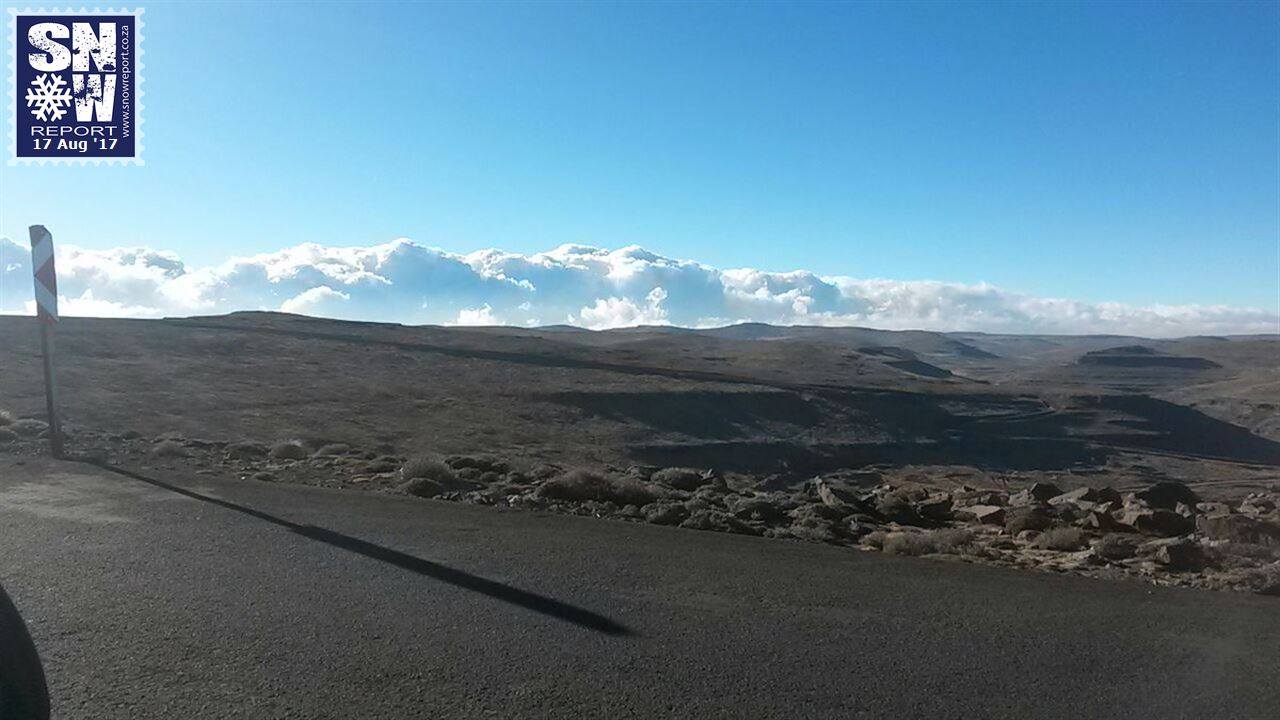 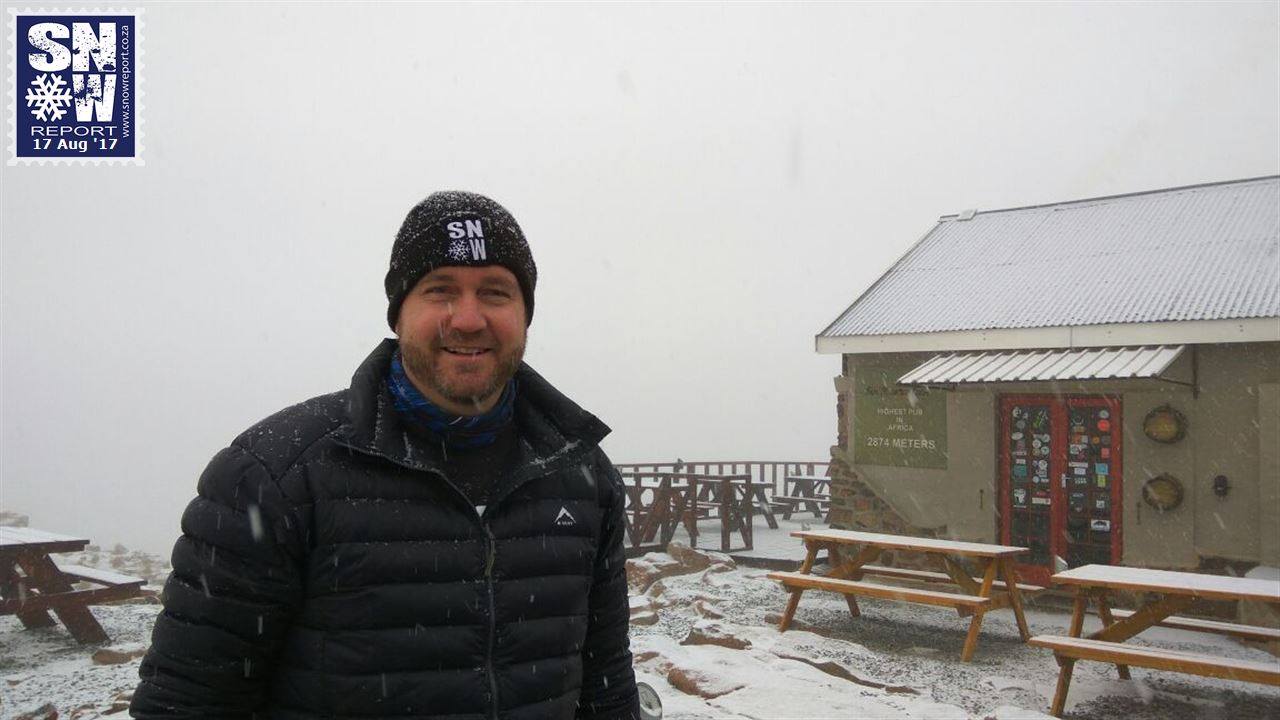 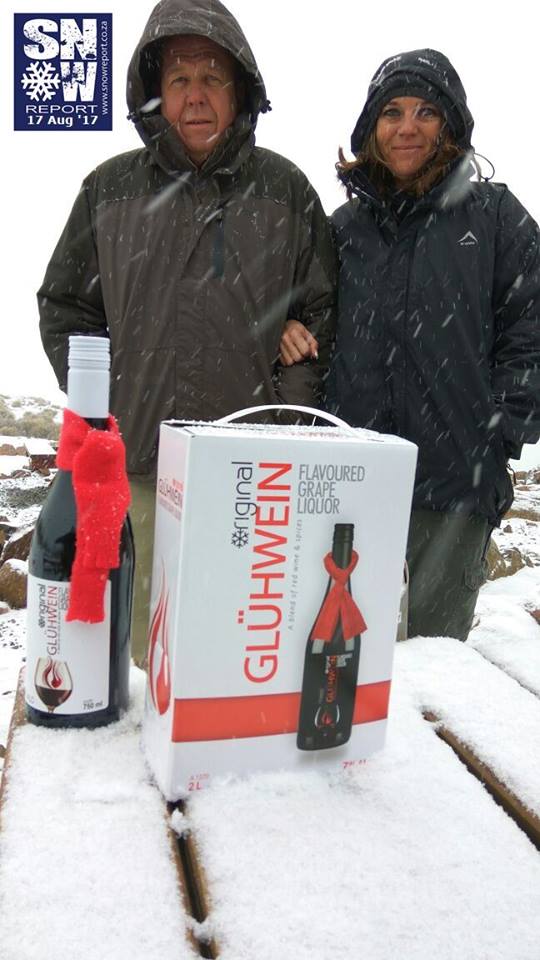 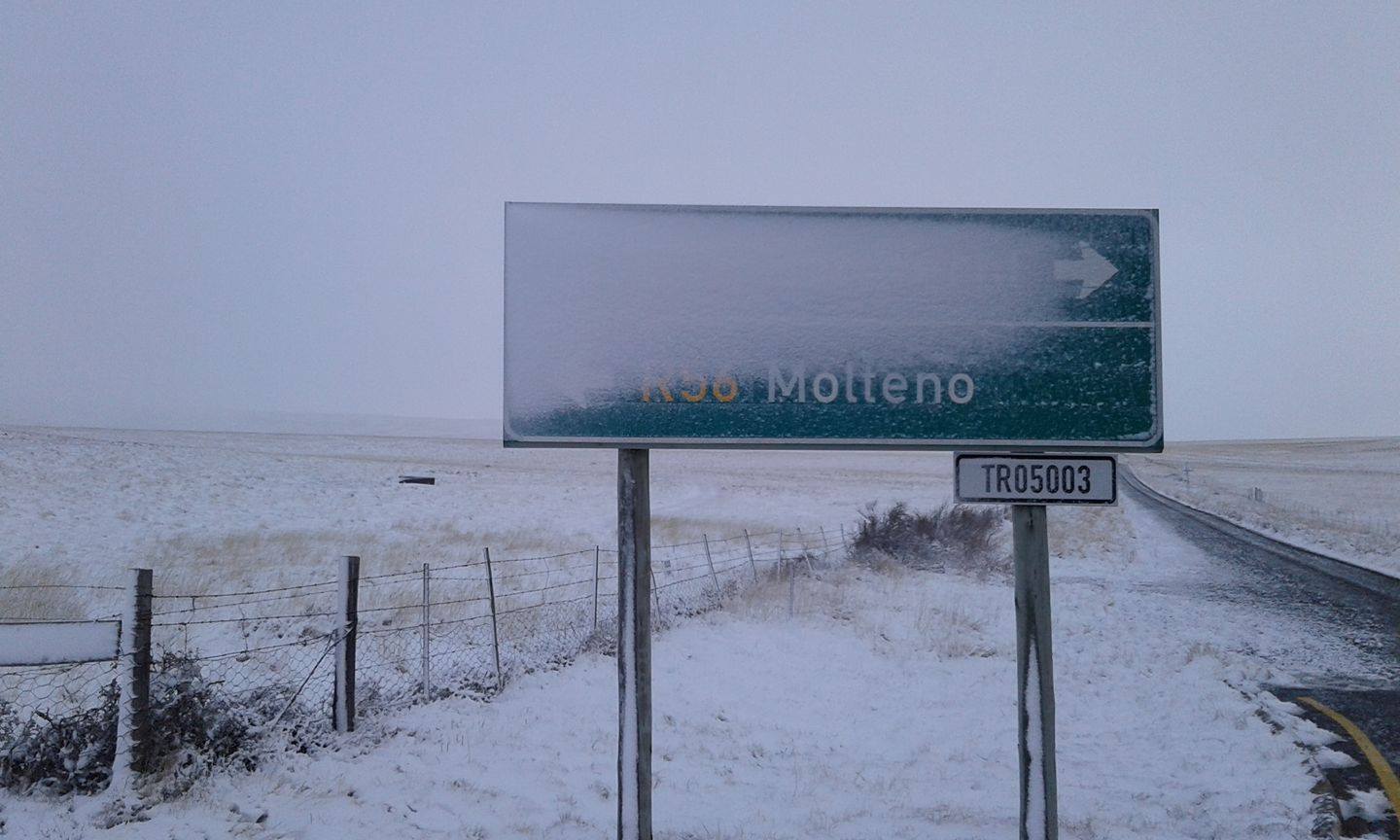 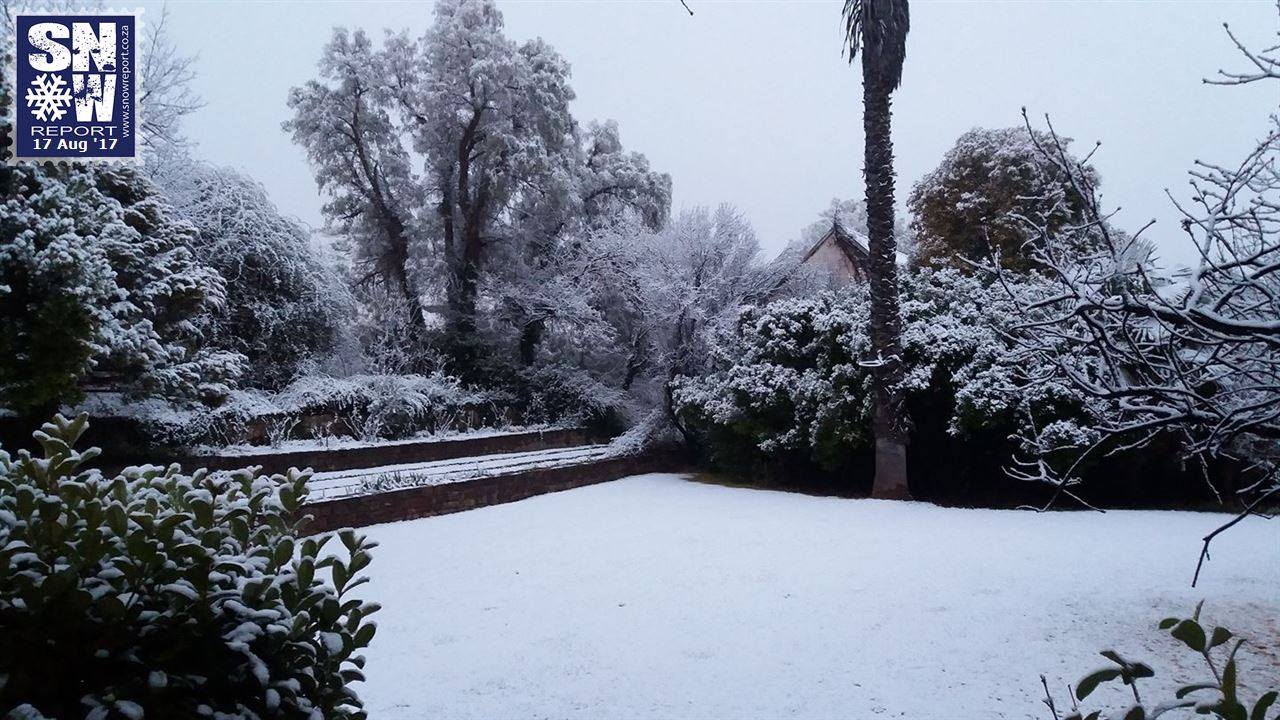 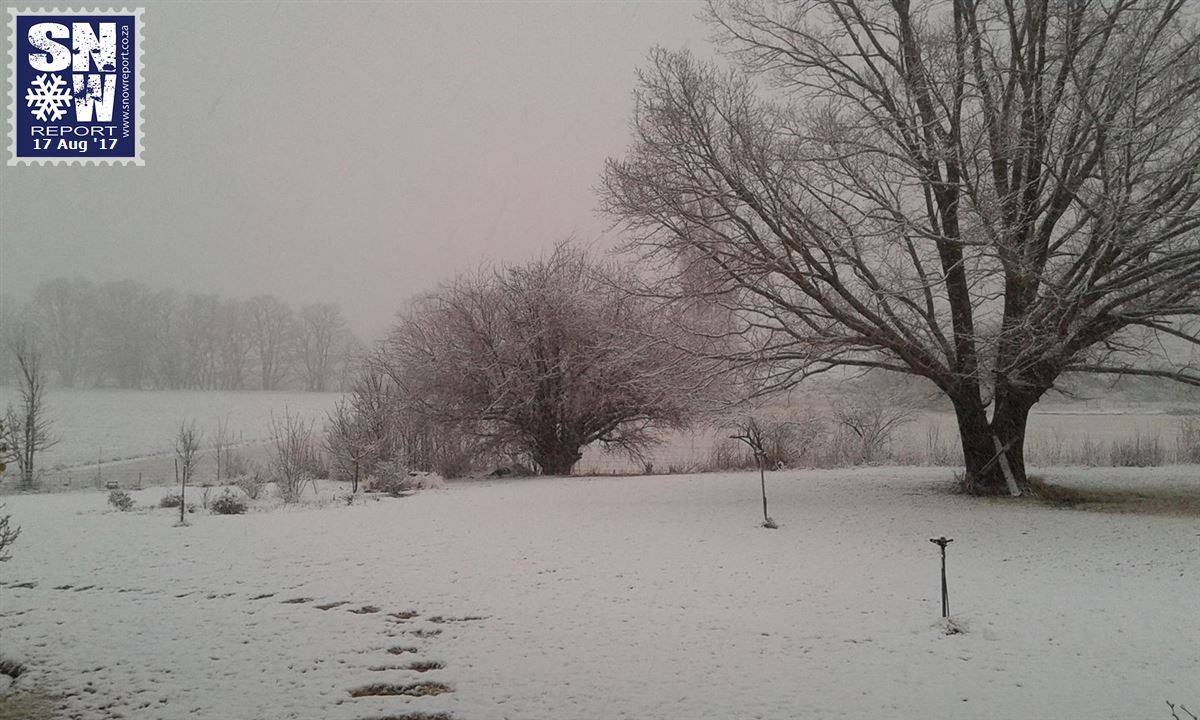 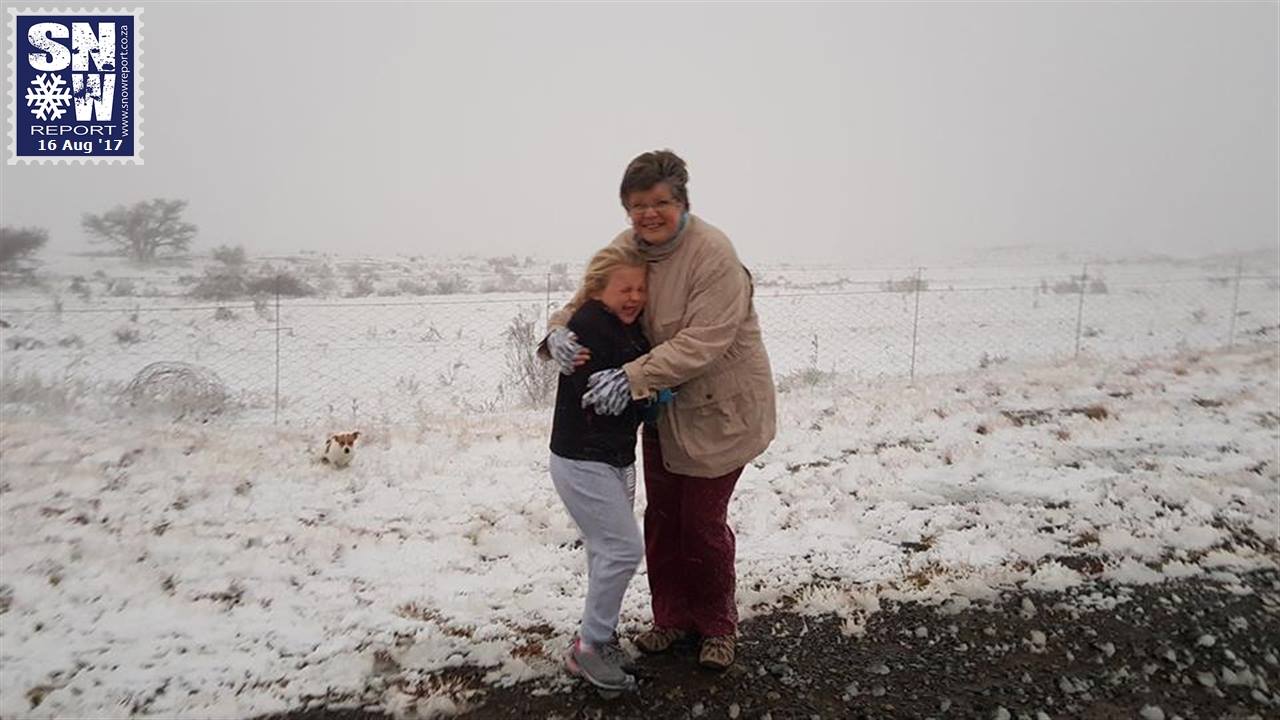 This image is from one of our webcams at Mountain Shadows on Barkly Pass. 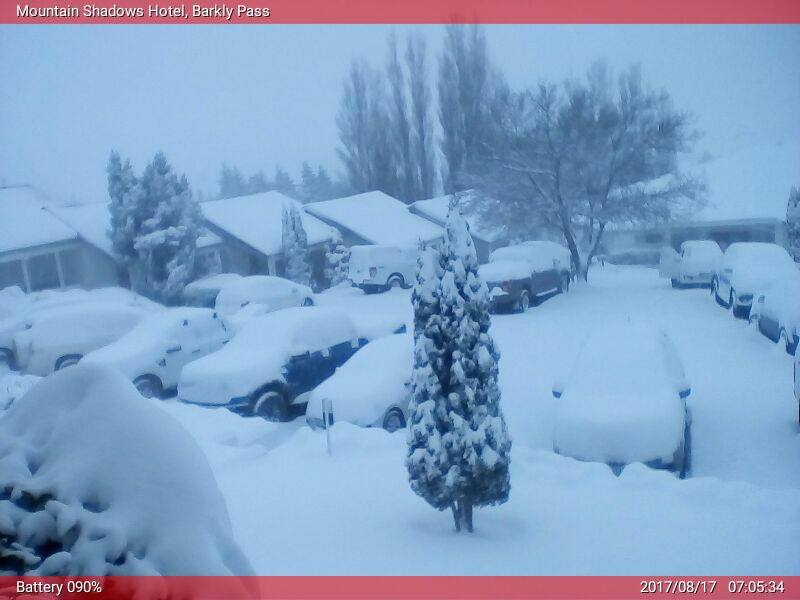 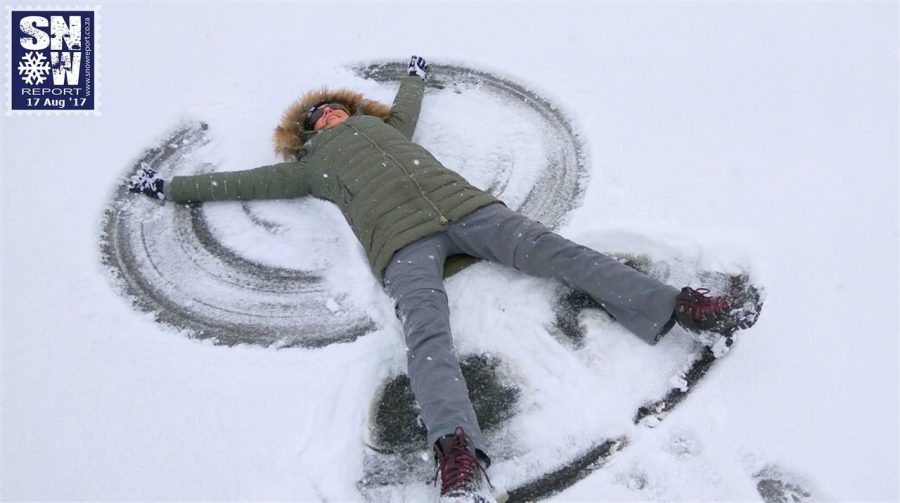 Weather SA had predicted significant snowfall over the southern and central Drakensberg, and the north-eastern parts of the Eastern Cape, possibly leading to the closure of the majority of mountain passes in the region as well as associated disruption of traffic flow.

Rainfall is expected to move eastwards today, with the Eastern Cape and KwaZulu-Natal particularly well-favoured to receive widespread rainfall. These provinces may even experience heavy rainfall as well as localised flooding, especially along the coast and adjacent interior regions.

Along much of the southern coastline, periods of strong, gusty winds combined with moderate seas are expected. There is, however, a strong likelihood that gale force winds of a damaging nature as well as rough to very rough sea conditions may develop along the Wild Coast and KwaZulu-Natal on Thursday.

Weather SA said these extreme weather conditions are due to the development of an intense trough (an extension of a low pressure) in the upper portions of the atmosphere, which moved over the country on Wednesday. Thereafter, the trough is likely to intensify further, becoming a so-called cut-off low.