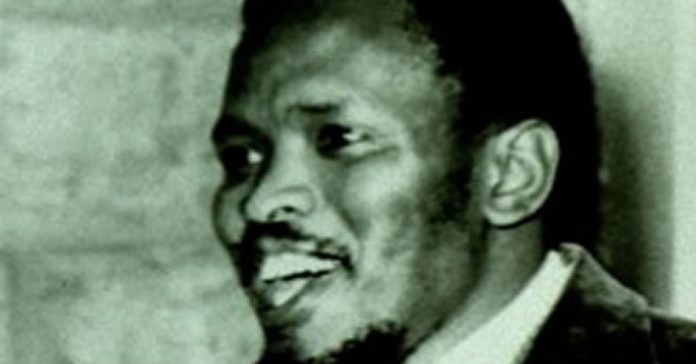 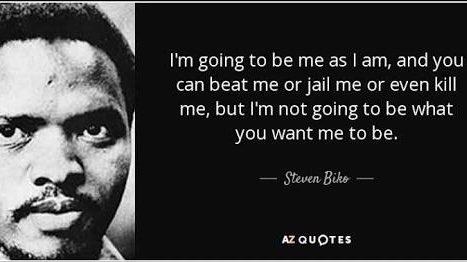 Biko died 41 years ago in custody as a result of police brutality on 12 September 1977.

The former medical student’s words of wisdom still inspire South Africans – and people around the world – today. Here are 5 of the most popular:

“In time, we shall be in a position to bestow on South Africa the greatest possible gift – a more human face.”

Steve Biko died in a police cell at the then Pretoria Central Prison (now Kgosi Mampuru Correctional Centre) following his arrest in August 1977. He had been savagely beaten by the apartheid security police while in police detention in Port Elizabeth and sustained serious injuries, including brain damage.

He had been kept naked and chained. Failed by doctors who conspired with the security police, he was transported to Pretoria from Port Elizabeth, despite being seriously ill from the beatings.

Biko’s leadership and ideals inspired not only South African liberation struggle activists in South Africa, but also many leaders and activists across the continent and the world, who pursued an anti-racist, anti-colonial and anti-imperialist agenda.

“Steve Biko fought white supremacy and was equally disturbed by what he saw as an inferiority complex amongst black people. He emphasized the need for psychological liberation for black people to accompany physical liberation and undo the damage caused by apartheid. He advocated black pride and black self-reliance, believing that black people should be their own liberators and lead organisations fighting for freedom,” said former President Jacob Zuma, during a ceremony marking the 40th anniversary last year.

The Steve Biko Centre in Ginsberg in the Eastern Cape comprises a museum, an archive and library resource centre, a commemorative garden honouring Biko, cultural performance and production spaces, a community media centre and retail spaces.

The centre features as the cornerstone of the Biko Heritage Trail, a series of Biko related sites in the Eastern Cape.

These sites such as the Biko Statue and Biko Bridge in East London, Zanempilo clinic, Biko’s home, Biko’s office, Biko’s grave and the Steve Biko Garden of Remembrance in King William’s Town have been declared national heritage sites and consistently garner both local and international attention.

Steve Biko was a medical student at the University of Natal, where he was a student leader of distinction. He was a founder of the South African Student Association (SASO). Due to his political activism, he was expelled from the medical school and was later banned.

The world has also honoured Biko in many ways, including the popular song Biko by British musician Peter Gabriel. The movie, Cry Freedom, based on a book by former editor Donald Woods, also attracted international acclaim. – SAnews.gov.za