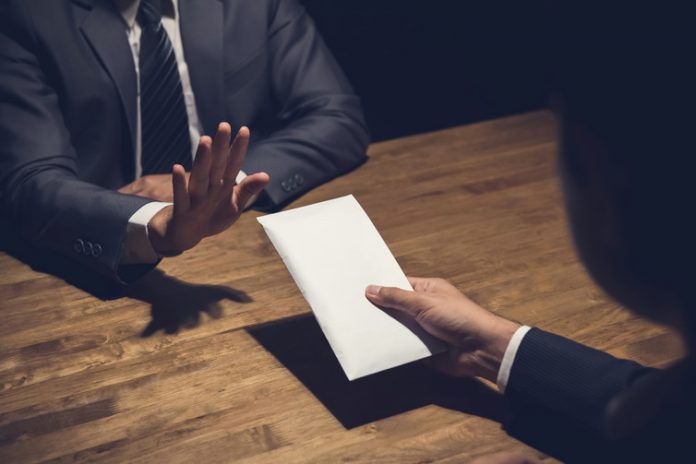 As far as corporate accountability goes, the recent announcement that the CEO and seven senior executives at auditing and consultancy firm KMPG in South Africa have resigned is a welcome development. (See bullet point overview at bottom of page.)

By resigning, the KPMG executives reinforced the principle of executive responsibility. This is a matter not taken seriously in South African culture, particularly when it comes to the public sector. The usual pattern when misdemeanours are uncovered is for government ministers and other senior executives to blame their staff – or someone else – when things go wrong.

At this level the action of the KPMG executives is to be respected. The hope must be that this behaviour becomes an example for others.

The role that companies such as KPMG plays is particularly crucial because auditor firms and consultancies are meant to hold companies and state entities to account by ensuring transparency and honesty. The fact that a firm of KPMG’s standing should be embroiled in a matter as murky as compiling false reports to serve the political ends of particular politicians highlights the degree of corruption that has taken hold in South Africa.

In light of this, are KPMG’s actions enough? I believe not.

To pull South Africa back from the brink, the auditing firm should opt for full disclosure of all its involvement with the Gupta family as well as the companies they own. This should, inter alia, include all working papers, correspondence and audit findings. This would allow public scrutiny of the work it claims to have done under the banner of professionalism and provide the opportunity for a deeper understanding of the Gupta network. Nothing short of this will clear KPMG’s name.

From state capture to country capture

There is no doubt that KPMG’s report on a rogue unit completed for the South African Revenue Service has damaged South Africa’s image. But it has done more than that and raises the question whether South Africa suffers only state capture, or whether the rot is growing into economic capture of the whole country, what I term “country capture”.

The basis for asking this question is that the South African economy – and as a result its citizens – are paying a heavy cost for the mismanagement of the country’s resources. This has been through a combination of bad and neglectful management and out-and-out corruption. All this for the account of South African taxpayers.

South Africa’s fiscal position is precarious, with a revenue shortfall of more than R50 billion expected in the fiscal year to 31 March 2018. This growing shortfall is driven by subdued economic performance and will continue until the domestic economic growth recovers.

The shortfall is directly linked to low economic growth and recessionary conditions. These in turn have been caused by state capture. The private sector is reluctant to invest in the midst of corruption. This means that there is no new economic activity being started, a particularly bad situation given that industries such as mining are shrinking. This week Implats announced it was in negotiations with unions to lay off 2 500 workers. Unemployment is already at 27.7%.

Individual South African taxpayers are therefore being forced to bail out the government as it faces fiscal difficulties, placing the country on the slippery slope of country capture. This is reflected in the fact that government’s final consumption expenditure as percentage of GDP currently exceeds 20%.

Having ended up in this precarious position, it’s necessary to consider the way forward for KPMG and for South Africa.

KPMG clearly wants to save itself as a company and South Africa wants to rid itself of state/country capture. In redeeming itself, the firm can render a great service to South Africa in the quest to break the stranglehold. KPMG should disclose all dealings, findings, work papers, interactions and the like with the Gupta family businesses. This would achieve two objectives.

Firstly, it would show who is implicated and who is not. KPMG stated that there was no wrongdoing on its side in audits it did on companies owned by the Guptas. But this can only be settled through full disclosure.

Secondly, such a disclosure would help to reveal the full scope of state/country capture in South Africa.

Naturally KPMG’s dealings with the Gupta companies and Gupta family are subject to client confidentiality agreements. KPMG should therefore inform the Gupta family of its intention to publish within seven days. If the Guptas object in writing KPMG should approach the courts with a request to issue a clarification order to authorise disclosure.

This is the only way in which KPMG can salvage what’s left of its reputation in South Africa. KPMG should stand for: “Keep Pushing Mighty Guptas”.

At the same time South Africans would be able to use the disclosures as the basis for beginning to understand the full extent of state/country capture and the remedial steps necessary to turn this around.

Here is a small opportunity to make progress towards some light at the end of a very long and dark tunnel. The opportunity rests in the hands of KPMG. South Africa waits.

Jannie Rossouw, Head of School of Economic & Business Sciences, University of the Witwatersrand

Have had a number of requests for this: Full list of the 70 JSE-listed companies which appointed KPMG as auditors. https://t.co/oe8Iz8oBWh

Did we miss the statement by @PresidencyZA condemning #KPMG for false reporting that cost SA billions. *asking for a friend* https://t.co/5f9x1DMHfq