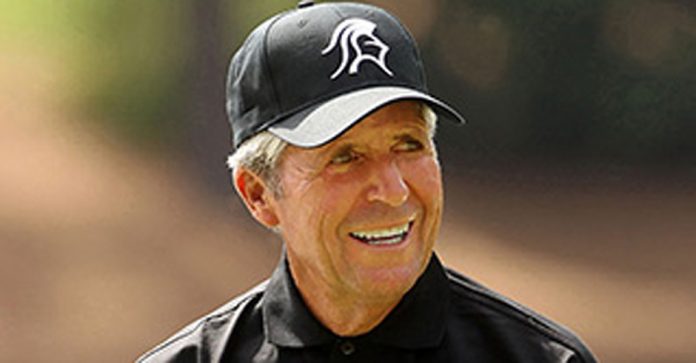 Just a day after his 82nd birthday, South Africa’s legendary golf champion Gary Player was inducted into the PGA of America Hall of Fame, along with Renee Powell, Mickey Wright and Lew Worsham.

PGA said the sportsmen are a foursome that “impacted American and global golf”.

Player said he was honoured and that he’s “very grateful for what occurs in my life on a daily basis. I’m very happy in life and I’ve made so many great friends all over the world.

“I’ve always wanted to have the best global record. I’ve won in 15 different countries and traveled to beat the best players. Traveling is better than any college degree. I’ve experienced so many cultures, languages, religions and peoples. To experience so many interesting parts of the world is something you cannot obtain at even Harvard or Oxford University.”

The 2017 class was honoured Thursday evening at the PGA’s 101st Annual Meeting in Austin, Texas, USA. The PGA said: “This class captured many of the prize jewels of our sport; stood strong against social injustice; inspired junior players and future professionals … and [left] an indelible mark in our sport.”

They described one of the qualities of Honorary PGA Member Gary Player as “achieving the unprecedented”.

“The most traveled golfer at more than 26 million kilometers, Player wanted to be the winningest global performer. He went on win in 15 countries in 27 consecutive years, and won 168 professional events worldwide.

Player was born in Joburg and at the age of nine told his brother, the late wildlife activist Ian Player, that it was his dream to be a sportsman, although at that point he was unsure which sport he would pursue. As his brother left to serve in World War II alongside the Americans, Player told him he would exercise religiously… and to this day he is famous around the world for being Mr Fitness at 82. On his birthday on 1 November, inspired fans around the globe took on the #Plank4Player challenge to complete 82 planks in his honour.

PGA commended Player on not only being a committed athlete, but being “equally committed to work behind-the-scenes to improve racial discrimination in his native homeland, which for most of his life existed under the shroud of apartheid. The Player family established The Player Foundation to promote education among his country’s underprivileged. The foundation built the Blair Atholl Schools in Johannesburg, which has educational facilities for more than 500 students.

“The Player Foundation has raised more than $63 million for underprivileged children globally, through the efforts of Black Knight International and the Gary Player Invitational series in South Africa, China, the United States; United Kingdom, the United Arab Emirates and Japan.”

Player has also designed nearly 400 golf courses worldwide and has raised more than 2,000 winning racehorses on the Gary Player Stud Farm in the Great Karoo of South Africa, said PGA.

Player said he would love to see the PGA Championship taken around the world.

He also said his desire is to leave the world a better place.

“It is easier to be get a camel through the eye of a needle than it is to get people to exercise or eat properly. My wife, Vivienne, always says I’m a bit of a bore. She says, ‘People don’t want to hear about eating properly and exercising. They don’t want it and just won’t do it.’

“So, I have to try communicating my message diplomatically.”