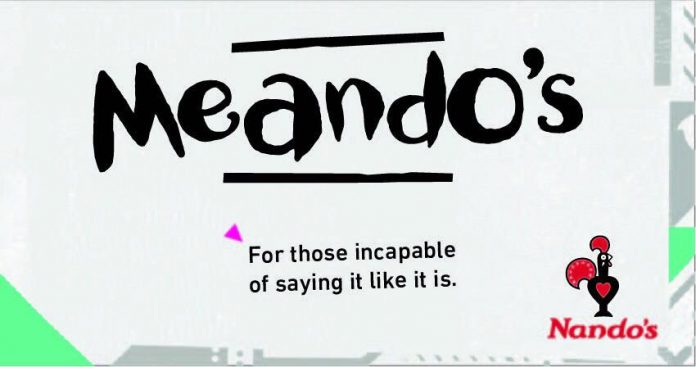 It seems inventing new words comes naturally to Presidents. Not to be outdone by American President Donald Trump’s “Nambia” and “Covfefe“, South Africa’s President Jacob Zuma came up with his own new word on Thursday – “Meando’s”. Watch below.

While answering DA Leader Mmusi Maimane – and twisting Maimane’s words – Zuma joked that “you come with meando’s… I answer with meando’s”. 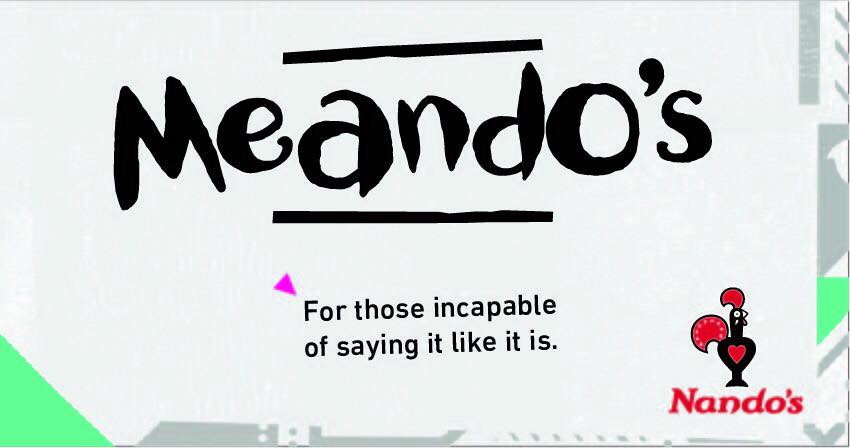 The country was left uncertain as to exactly what “meando’s” are – perhaps a cross between ‘meanderings’ and ‘innuendos’… but it did sound a lot like Nando’s… so the restaurant chain has stepped in with the most plausible definition – “Meando’s: For those incapable of saying it like it is.”

Other interesting moments in Parliament on Thursday in South Africa: