Watch British comedian Michael McIntyre on why he finds South African (or ‘Seth Efriken’ as he says) accents the funniest in the world.

Apparently it’s something to do with the way we pronounce our syllables… although most South Africans on Facebook claim that Michael’s accent  is not very good.

Antoinette Nicolaou, wrote: “Hey Michael, as a South African, your South African accent is way off boet! Love your comedy though!!?” And when Kiefer Larsen said: “Maybe that’s how we really do sound to the rest of the world?”, Antoinette said “Wow…I really hope not!!”

Watch Michael McIntyre on the different accents of the world

Some of these accents are HILARIOUS! ? 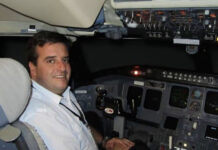