There were many haunting and heroic moments this year, all deepening my understanding of these experiences and propelling me to further pursue my quest for expressing our truth in an unseen world… writes Western Cape photographer JUSTIN SULLIVAN.

Witnessing bravery in the path of destruction and experiencing the suffering of others, through all the heartache and challenges, I emerge inspired… Inspired by South Africans from all walks of life.

If there is one fundamental cause I would like to promote in 2018, it would be unity.

Thank you to all the South Africans who risked their lives for others, who did their jobs with integrity, who stood up for their beliefs peacefully, who showed compassion and understanding, who went out of their way for someone else and most of all… To those who have become more mindful of their day-to-day actions.

We live in a turbulent society and in order for it to change, we all need to make sacrifices.

Through conversation, understanding and unified proactive movements, we can change South Africa one day at a time. 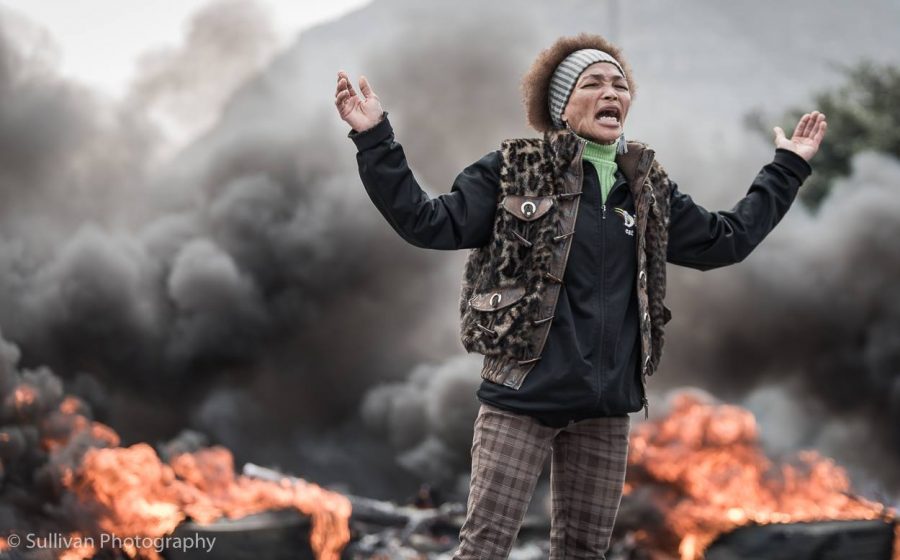 A woman cries out during protests that erupted in Hangberg, Hout Bay – South Africa. Fishermen said they were angry about a reduction in the rock lobster quota by 60kgs from 110kg to 50kg for the six-month fishing season. Protesters initially took to the streets peacefully, later being armed with petrol bombs, flares and rocks. A 3-day battle with riot police ensued with a truce finally being brokered in order to allow for peace talks. (12/09/17) 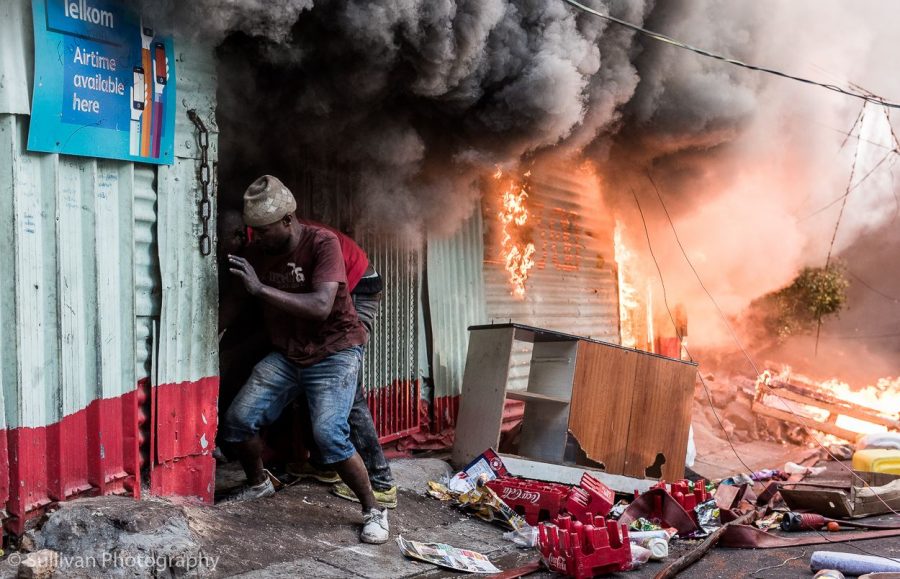 Two men attempt to retrieve a fridge moments before it is engulfed during a Fire in Imizamo Yethu Informal Settlement, in which the City of Cape Town describes as one of the worst informal settlement fires experienced to date: 4 500 structures were razed and approximately 15 000 residents affected. (11/03/17) 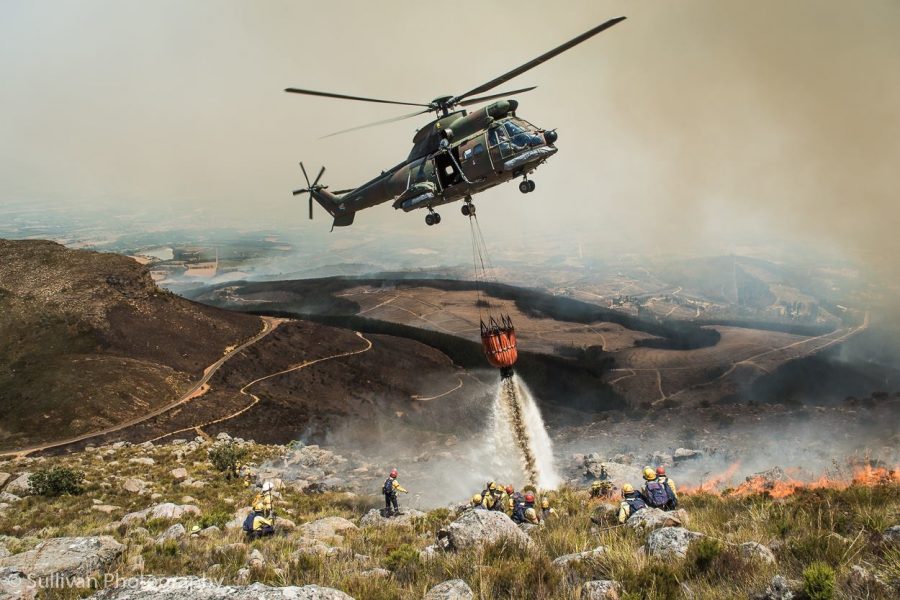 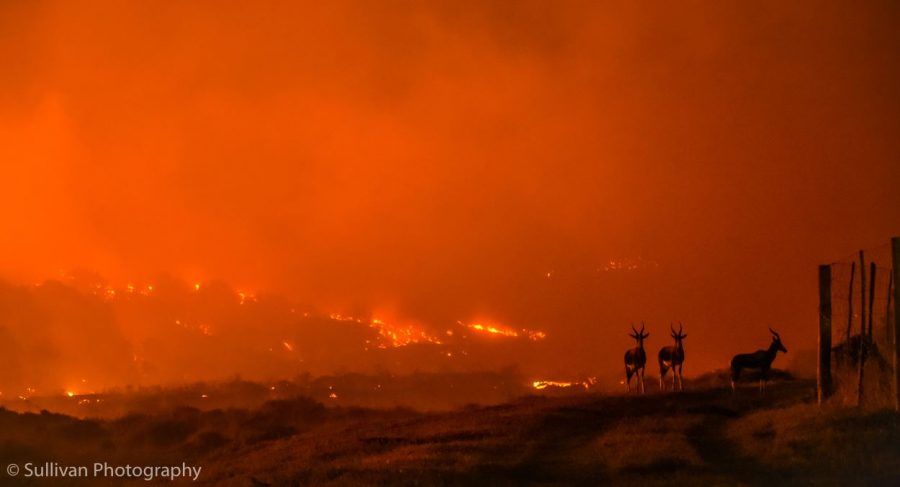 Three antelope take refuge on a fence line on the first night of a wildfire that burnt more than 10 000 hectares in Somerset West, South Africa. (03/01/17) 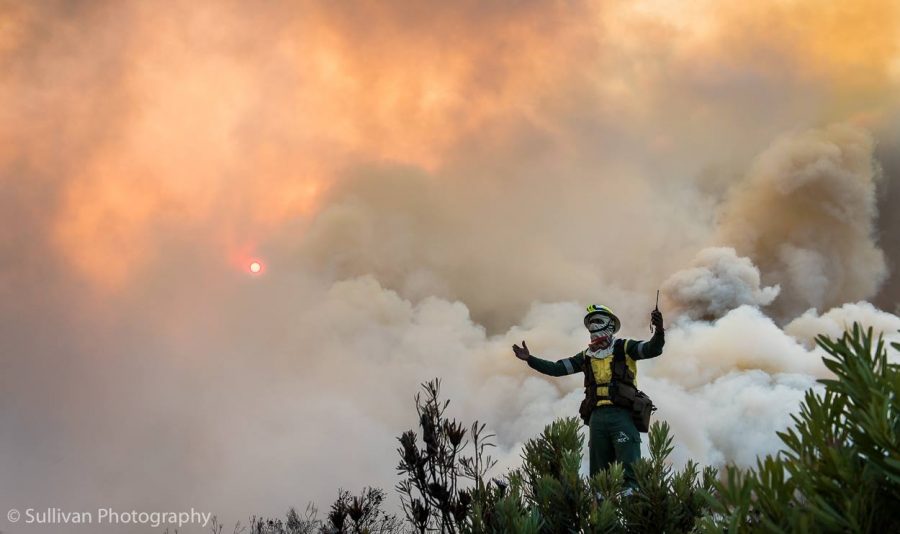 A crew leader from the NCC specialised Type 1 Interagency Hotshot crew stands on top of a vehicle signaling to crew members below as a wildfire peaks the mountain. Crews worked tirelessly throughout the night deep within the mountainous terrain of Du Toits Kloof Pass, South Africa. (02/02/17)

5. Strolling through the Robertson Beast 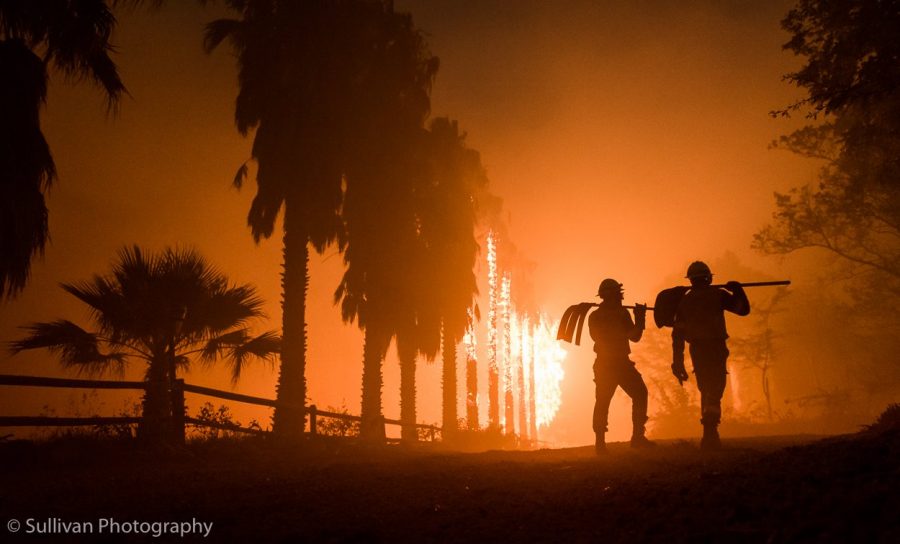 Two members from the NCC specialised Type 1 interagency Hotshot crew walk down a farm road during a rampant wildfire in Robertson, South Africa – nicknamed the #RobertsonBeast. (22/03/17) 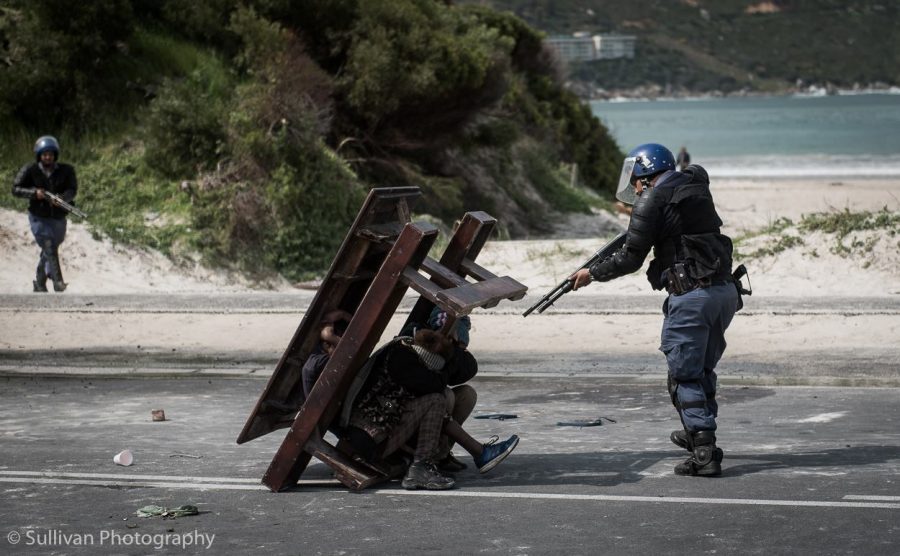 The moment after a 14-year old boy had been shot multiple times at close range by a South African Police officer during 3 days of unrest in Hangberg, Hout Bay – South Africa. (12/09/17)

3. Corridor of flames in informal settlement 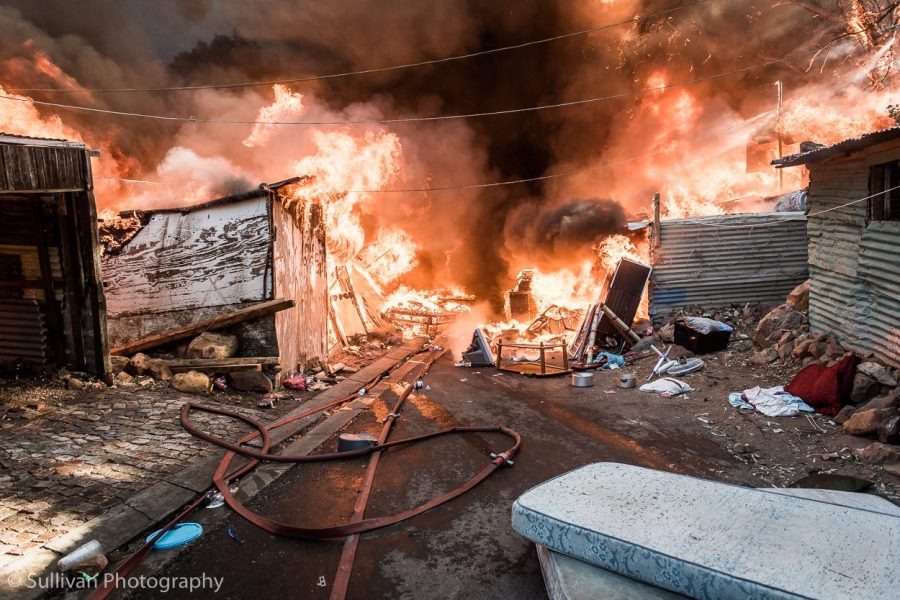 A narrow corridor burns during a Fire in Imizamo Yethu Informal Settlement in which the City of Cape Town describes as one of the worst informal settlement fires experienced to date: 4 500 structures were razed and approximately 15 000 residents affected. (11/03/17) 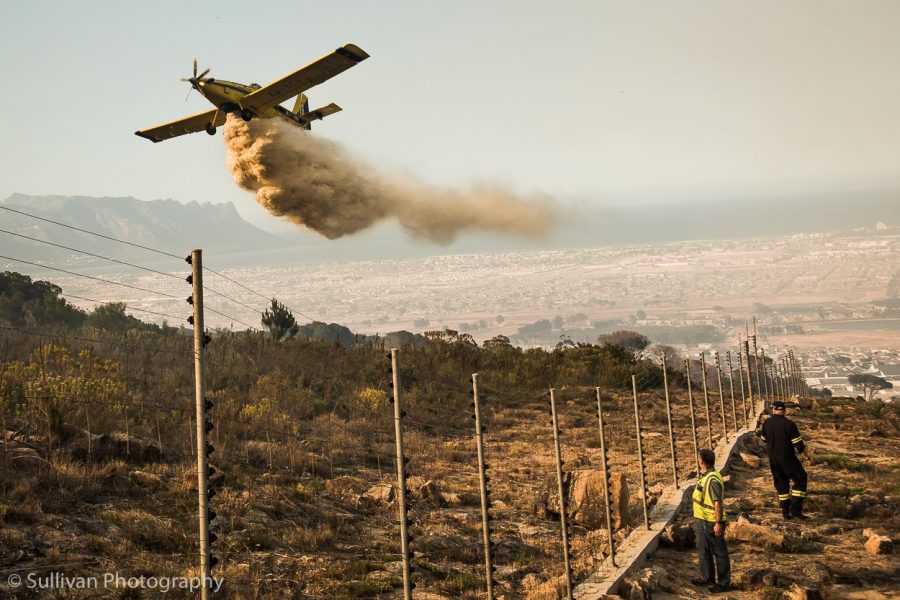 A ‘Working on Fire’ tractor bomber dropping water on a flank near Boskloof Eco estate on the second day of a wildfire that burnt more than 10 000 hectares in Somerset West, South Africa. (04/01/17) 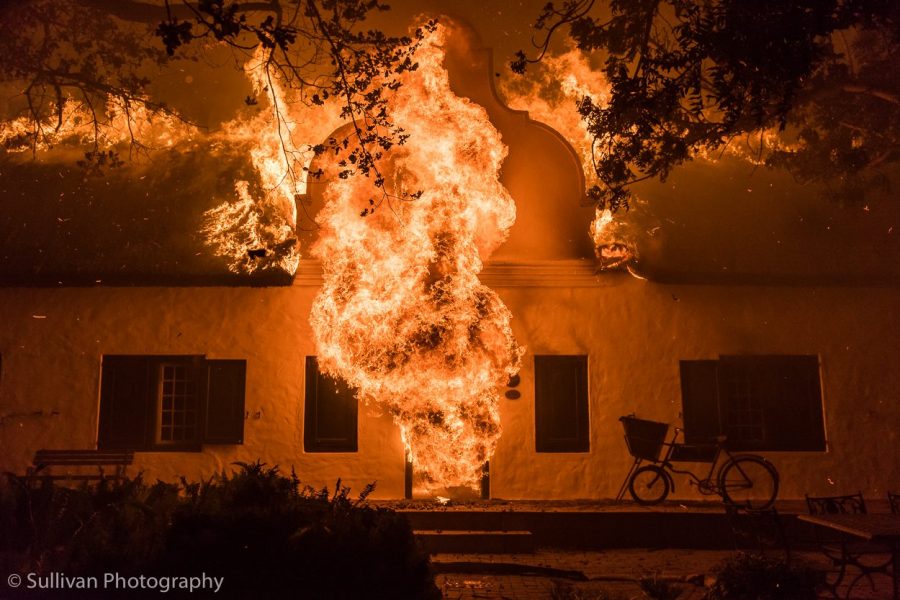 The former home of the prominent Afrikaans writer and poet better known as Totius, a 1792 ‘Old Dutch’ style homestead being engulfed by flames during wildfires on the Augusta Kleinbosch estate in the greater Paarl region. (10/01/17)

By Justin Sullivan, republished here with his kind permission.