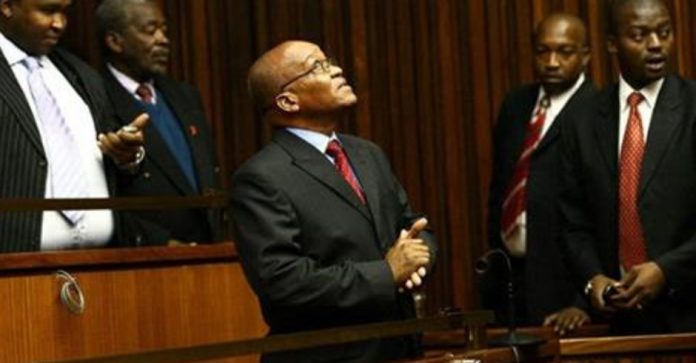 On Friday South Africa’s Constitutional Court delivered yet another blow to the country’s President, Jacob Zuma. ConCourt ruled that Parliament has violated its constitutional obligation to hold Zuma to account, by failing to determine whether he has breached section 89 of the Constitution.

Democratic Alliance (DA) leader Mmusi Maimane said today: “This is a consequence of the ANC capturing Parliament and turning it into a lapdog of the Executive for the sole purpose of consistently protecting Zuma and his corrupt acolytes at all costs.

Maimane said Parliament has evolved into “another captured arm of Jacob Zuma’s corrupt administration” and accused Baleka Mbete of championing it and being unfit to continue as Speaker of the National Assembly.

“She has consistently been found wanting in several court judgments for failing to fulfil her constitutional duties in order to protect Zuma and the corrupt ANC,” said Maimane.

Following today’s judgment, Parliament has been ordered by the Court to comply with its constitutional duties without delay in terms of section 237 and fulfil its obligation to determine whether the President should be impeached.

“This is a direct result of the Nkandla ruling which found Zuma to have failed to uphold, defend and respect the Constitution as the supreme law in South Africa,” said Maimane.

The opposition said Parliament must now correct its course, with the following points being most important: