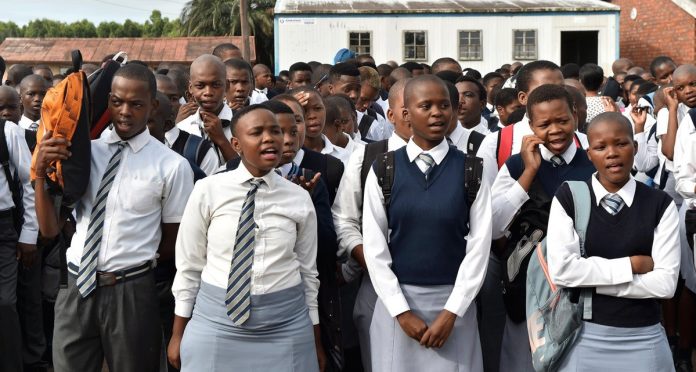 The wait for results is almost over for the Class of 2017 as Basic Education Minister Angie Motshekga is set to announce the outcomes of the National Senior Certificate (NSC) Examination this evening.

The Minister will release the national pass rate as well as figures for the provinces in a live broadcast at 6pm from the SABC studios in Auckland Park, Johannesburg.

On Wednesday, the Minister and her team briefed President Jacob Zuma on the performance of the 2017 matrics at his home in KwaZulu-Natal.

In a tweet, the department said: “The President has now been officially briefed. Minister Motshekga has given President Zuma full details regarding matric results for 2017. We can now say it’s all systems go.”

KwaZulu-Natal presented the highest number of full-time candidates with 153 624 learners. Gauteng, with 41 952 candidates, contributed the most part-time candidates in the 2017 NSC examination.

The department had made provision for 3 805 full-time and 544 part-time special needs candidates with barriers to learning such as dyslexia, blindness and deafness.

The Class of 2017 was the fourth Grade 12 cohort to write final examinations under the Curriculum Assessment Policy Statements (CAPS).

While the class of 2017 is the 10th group of learners to sit for the NSC, it is only the fourth to write the CAPS aligned NSC examination.

Umalusi, the Council for Quality Assurance in General and Further Education and Training, announced last week that the 2017 National Senior Certificate examinations were credible.

Congratulations to Melody Dube who has achieved 8 subject distinctions and placed in the top 1% candidates list for Isizulu & Mathematics. You have made us proud! Pls RT to help us celebrate her excellency! #SSPDevelopingLeaders #MatricResults2017 pic.twitter.com/gsHPesd6ym

Merrick Hughes, St David’s Marist Inanda Head Boy 2017, achieved eight distinctions during the IEB examinations, including an incredible 100% for Mathematics, and an average above 90% across his eight subjects. #MatricResults2017 #InandaRising pic.twitter.com/Lym9vIi7Gl

What is the reason for publishing #MatricResults2017 on national media? This surely contributes to the anxiety & regrettable suicide of those disappointed by their performance.

All throughout schooling your results are private. They should remain so.