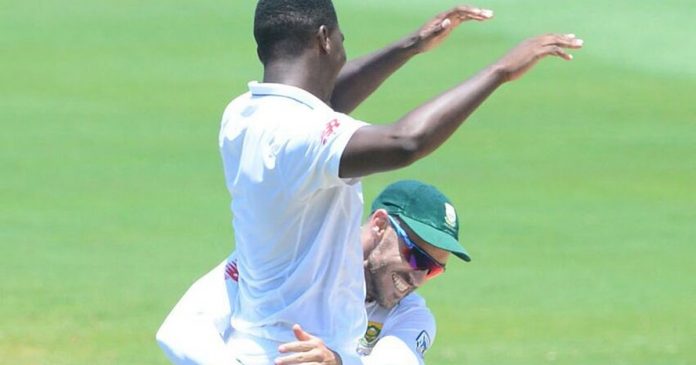 Proteas captain, Faf du Plessis, has praised the resilient character of his team in the series-clinching 135-run win against India in the second Sunfoil Test match at SuperSport Park on Tuesday. The Proteas hold an unassailable 2-0 lead with the final match to be played at Wanderers starting on January 24th.

Du Plessis says the never-say-die attitude from his players in difficult conditions was particularly pleasing, along with the collective team effort from both the batsmen and bowlers and in the field.

“It’s extremely special,” he said of the win. “ The previous game at Newlands was fast and exciting, this was the complete opposite. It was a game of grinding, a lot of hard work and it needed you to push yourself for longer and longer. That is what makes this Test match special.

“I take a lot of pleasure in winning games like this,” he added. “Where the team needs a lot of heart, character and fight to make sure they get across the line. Yes, the conditions were not in our favour, but the conditions were there and we still needed to win. I thought we did that brilliantly, there were times where India put us under pressure, and every single time we responded with huge character. This is an extremely special Test match, and to be 2-0 up in the series gives us a happy feeling.”

Lungi Ngidi put in an exceptional performance on debut with Man of the Match figures of 7/90, a performance which has given an exciting glimpse of the future of fast bowling in South Africa. The captain says he was immensely impressed by the 21-year-old’s maturity in a high-pressure environment, especially his pace and control which gave the impression of a youngster who has been playing Test match cricket long before his time.

“ It speaks volumes of his maturity,” he said of Ngidi. “ When you see guys coming into the team, from my side it’s important to make them feel like they belong, when you do that you get the best out of their performances. But for them to perform it means they have mature heads on their shoulders, they don’t see the occasion as being too big, they see it as another game where they can perform. I never sensed any nerves from Lungi, he was calm and just wanted to bowl.”

The Proteas will have a break for the rest of the week and will resume preparations for the third Test match on Monday, January 22. Details of the training and media schedule will be advised shortly.

Great test and series win…The great thing is that everyone contributed .Special mention to this guy @NgidiLungi for this MOM on debut.Highlight of the test is @mornemorkel65 taking a serious catch and a proper celebration .🇿🇦🔥 pic.twitter.com/HCQpoeAWxQ