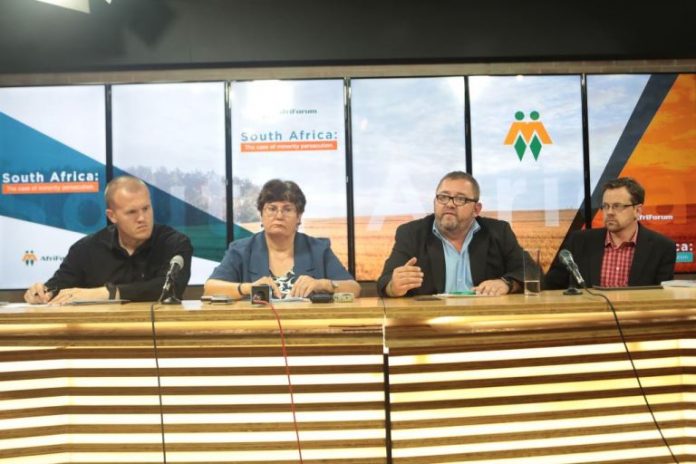 The civil rights organisation AfriForum said today at a media conference in Pretoria that the information which this organisation is currently spreading in the international community on expropriation without compensation and farm murders, is based on facts that confirm that there is a serious threat to property rights and human lives in South Africa. 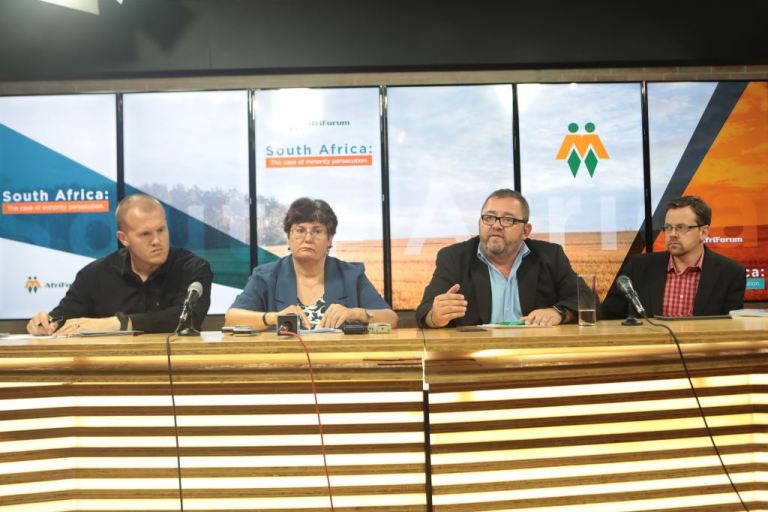 This threat is especially real for minority communities in general and for white farmers in particular. At the conference, AfriForum also indicated that this organisation would intensify its international campaign against farm murders and the disregard of property rights in South Africa.

AfriForum held the media conference after Lindiwe Sisulu, the South African Minister for International Relations and Cooperation, and her Department last week claimed that AfriForum was raising panic in the international community by spreading inaccurate information.

Kallie Kriel, CEO of AfriForum, says the South African government underestimates the intelligence of the international community by pretending that property rights in South Africa would not be threatened. According to Kriel, it is indisputable that:

“For Sisulu to now try to calm emotions by saying that the South African government will act according to the Constitution, has no effect, as the ANC wants to amend the Constitution in any event. Furthermore, President Ramaphosa’s assurance that illegal land grabs will not be tolerated, offers little consolation considering that government is planning to merely legalise the violation of property rights,” Kriel adds.

Ernst Roets, Deputy CEO of AfriForum: Communications, says that farm murders were reaching critical proportions. This crisis is visible on various levels, including:

Ian Cameron, AfriForum’s Head of Community Security, also indicates that, in the face of the violent crime crisis, the organisation has decided to significantly strengthen and expand its existing network of 105 community security structures to help combat violence and other crimes.

Alana Bailey, Deputy CEO of AfriForum: International Liaison, says that due to the misplaced efforts by Sisulu and government to convince the international community that the threat of expropriation without compensation and farm murders are void of all truth, AfriForum now has to intensify its international campaign. According to Bailey, this campaign includes:

In addition to international pressure, AfriForum will also make a local submission to the parliamentary committee that has been appointed to amend the Constitution.