Efforts are underway to increase overseas voting stations for the 2019 National Elections. In 2014, many expats missed out on voting because their nearest voting station was a couple of expensive flights away. 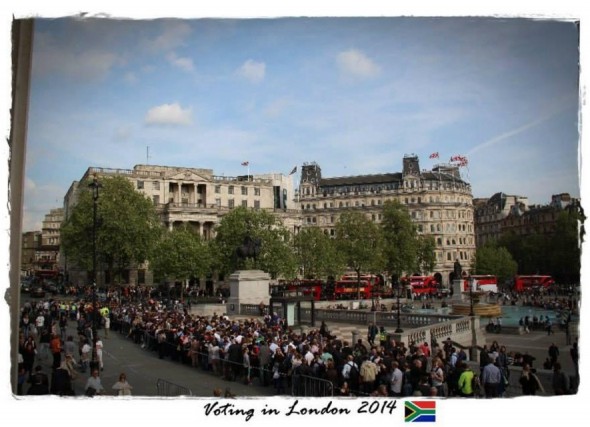 For instance, South Africans living – or on business – in Australia found themselves having to travel from Sydney, Melbourne, Brisbane and Perth all the way to Canberra. It was the same in the UK, Canada, USA and around the world.

Some had hoped that by next year electronic voting (or internet voting) would be possible, as is the case with several other countries, but this is unlikely.

In March 2018, DA Deputy Chief Whip Mike Waters asked the Minister of Home Affairs, Malusi Gigaba, for more information on the Department’s plans to increase overseas voting stations, and specifically by what date these reviews would be completed.

In summary, the Minister responded, stating that the completion date of these reviews was unknown but that they would be finalized ahead of the elections in 2019.

The DA said in a press release that this “response is simply not good enough. As South Africans travel abroad regularly, it is important that the availability of overseas voting stations are determined as soon as possible to ensure voters are able to plan where they vote in advance.

“In the 2014 National Election, thousands of South Africans were unable to vote as the overseas voting stations were too far away for them to cast their vote.

“The Department of Home Affairs and the IEC has a duty to ensure that to the best of their endeavours, every South African, no matter where they live in the world, is given the opportunity to cast their vote.

“This can only be possible through the establishment of additional voting stations where large numbers of the diaspora reside.”

The DA Abroad is campaigning to improve overseas voter access. Apart from requesting an increase in the number of voting stations abroad, the organisation is also campaigning for:

1. Overseas voting days to be held on a weekend.

2. Establishing voting stations as counting stations (to avoid overseas votes not being included in the count due to courier delays as previously experienced in 2014).

3. Improving the performance of DIRCO who manage overseas voter registration and the voting stations.

4. The removal of the requirement for South Africans voting abroad to have to also present their passport.

For more information about this campaign or to find out more about how you can vote abroad, email contact@da-abroad.org