Passengers on a taxi in KwaZulu-Natal, South Africa, got the fright of their lives when they realised they’d been joined by an unwanted hitchhiker – a lethal black mamba.

According to Graham ‘Dingo’ Dinkelman, a wildlife filmmaker and conservationist, the black mamba is arguably the most dangerous snake on the planet. “They are big, have super toxic venom, are incredibly fast… and have a personality that brings fear into the heart of every man.”

Dingo should know. He was bitten by a black mamba in 2005!

Dingo was filming nearby when he got the call to help retrieve the black mamba from the taxi. Watch below (and listen to the sound of the mamba) as Dingo tries to locate and catch the young 2-metre snake (which is likely to grow to at least 4m).

The frightened passengers had jumped out of the vehicle, leaving doors and windows open. Dingo says the black mamba is so dangerous it “probably could’ve killed everyone in there”. 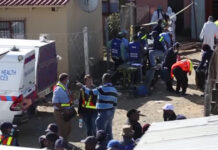 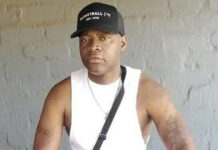