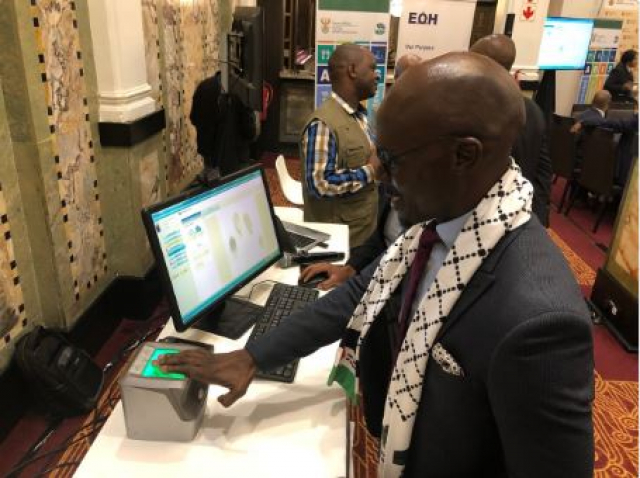 The Minister was speaking at the launch of the new system at the Taj Hotel in Cape Town this morning, Wednesday 16 May 2018.

The good news is that this system will lead to faster turn-around times for those applying for ID documents or passports, reduced cases of duplicate identities and a future fit identification and security solution in support of national government’s drive towards modernisation of all departments for service efficiency.

On the economy, banks will be able to verify client identification quicker and the tourism sector will benefit due to quicker response times at ports of entry to capture and verify a traveller’s identity.

On the country’s security, the SA Police Service will be able to search for suspects by matching latent prints against ABIS records. The system will also lead to improved border control, which should create a competitive economic environment to attract critical skills, enable growth, increase foreign direct investment and create jobs.

Gigaba said the system will drastically change the manner in which South Africans are identified and will form a back-bone of how the public and private sector will manage the authentication of their clients.

“This modern IT system will integrate with other relevant systems, inside and outside Home Affairs, to allow for one holistic view of the status of the clients,” he said.

The ABIS project was initiated in January 2016 with an aim to replace the Home Affairs National Identity System (HANIS), which is manually operated and out-dated.

The project will be rolled out in phases, over a five year period.

The Minister said one of the new system’s many benefits is ensuring “our technology is future-ready, and builds on the approach used to develop the smart ID card, which has now been issued to 10 million citizens.” – SAnews.gov.za