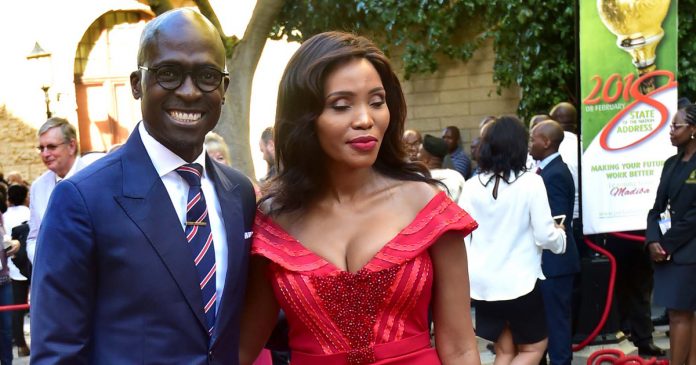 The Democratic Alliance (DA) has presented a report on what it claims is the full cost to the taxpayer of South African President Cyril Ramaphosa’s “bloated” cabinet, and proposes a Cabinet cut.

The report, some of which is based on Parliamentary replies, has been presented by Desiree van der Walt, DA Shadow Minister of Public Administration,  DA Chief Whip, John Steenhuisen and DA Shadow Deputy Minister in the Presidency, Yusuf Cassim MP.

Van der Walt said Ramaphosa promised to address government excesses and consider downsizing his Cabinet, but has taken no steps so far. South Africans are bearing the full cost of a 15% VAT increase while “government’s profligacy still goes unchecked” and SA’s economy is sluggish, she said.

The document details the following:

Ministerial Salaries and Size of the Cabinet

The South African Cabinet is one of the biggest in the world with 35 ministers, far bigger than the United States at 15 ministers, Kenya with 18 ministers and the United Kingdom with 21 ministers.

This year alone SA’s 35 ministers and 37 deputy ministers will allegedly earn R163.5 million and over R510.5 million over the medium-term.

The Ministerial Handbook currently recommends that Ministers’ and Deputy Ministers’ Offices be limited to 10 and 6 respectively. However, former Minister of Public Service and Administration, Faith Muthambi, had 26 people in her office… and even the current Minister, Ayanda Dlodlo – who made a call on Wednesday for ministers to stick to 10 people – had 17 in February 2018.

The Department of Public Works’ “Prestige Portfolio” division – which manages the accommodation for the Presidency, ministers, deputy ministers and other VIPs – spent over R188 million on acquiring just 33 properties in Pretoria and Cape Town at an average of R5.7 million per residence, the DA claims.

Prestige Accommodation and State Functions funds allocations for activities relating to the residences of parliamentarians, ministers, deputy ministers, the Deputy President and the President is set to cost R87.5 million in 2018/9 and R298.4 million over the medium-term.

The Ministerial Handbook allows for a maximum of 70% of inclusive annual remuneration package of minister and their deputies for official vehicles chosen (R1.75 million for ministers and R1.44 million for deputies in 2018/19).

The DA claims that where it governs in the Western Cape, it’s capped at 40%… whilst  parliamentary question replies last year revealed ANC ministers were “living the high life”.

“If the National Handbook provisions are considered with the current bloated Cabinet in mind and accepting that two official vehicles are allowed (in Cape Town and Pretoria), ministers and deputy ministers are permitted to spend as much as R3.5 million and R2.9 million, respectively. Thus, the National Handbook provisions allow for a total spend of R229 million on luxury cars.”

The Ministerial Handbook allows for the following travel privileges:

The DA says in its Provincial Handbook for the Western Cape it states its members should fly economy class.

The DA said: “Currently spouses are included for international travel which is a huge cost to the taxpayer and is not necessary (air tickets/hotel fees/daily allowance).

“It has now emerged that a staggering R873 366.68 was blown on international travel for the Minister of Finance’s spouse, Norma Gigaba, who accompanied him on investor roadshows to China, the United Kingdom and the United States.

“While national ministers like the then-Minister of Police, Nathi Mthetwa, spent R734 448 on accommodation at five-star hotels in Cape Town and Durban in 2011, the Western Cape Handbook states that ministers must, as a rule, avoid staying in five-star hotels.”

Ministers are provided with VIP security services in the Police’s budget programme including security at their ministerial residences. The total budget for VIP protection over the medium-term stands at R4.84 billion (includes protection for the President, ministers and other VIPs) and R1.5 billion in 2018/19!

The DA has set out proposals to reduce the current Cabinet expenditure which include:

The DA suggests that the ANC look at the smaller cabinet models of former South African Presidents Nelson Mandela, Thabo Mbeki and Kgalema Motlanthe who had only 28 ministers instead of 35, and a cabinet size of 50 in the case of the former two and 46 for the latter.

While SA’s growing budget deficit calls for restraint in government spending, the ANC continues to “spend recklessly for the comfort and extravagant lifestyles of members of the Executive”, says the DA.

With 9.5 million people unemployed and struggling in South Africa, the government’s lavish spending is an “insult to ordinary South Africans”, and “Government cannot honestly expect South Africans to tighten their belts when it is doing the exact opposite”, said Van der Walt.