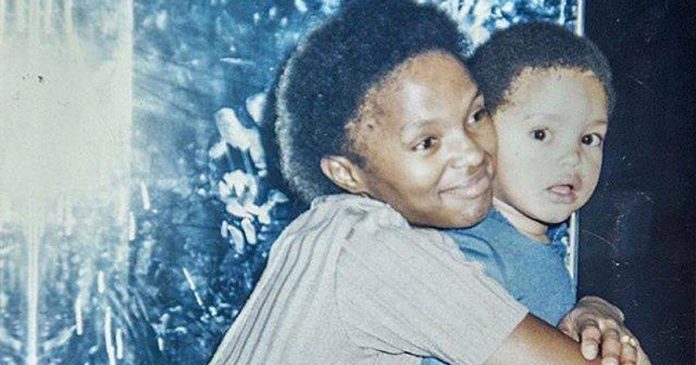 On Sunday – where Father’s Day is celebrated in South Africa and the United States (where the famous SA expat now lives) – Trevor ignored his father, and said:

“‪Happy Father’s Day to my mom and all the single moms out there who for whatever reason had to hold it down twice as hard. You deserve a celebration everyday. 🙌🏽❤‬”

Trevor’s overwhelming gratitude and respect for his mom Patricia is well documented. The Daily Show host’s memoir “Born A Crime: Stories from a South African Childhood” has been likened to an ode to his mother. He credits her with his humour and positive approach to life.

Growing up during Apartheid, Trevor could never live with his dad because his Swiss father was white, and Trevor – whose mother was black – was mixed race. If authorities had found Trevor’s dad living with a black woman, he would have been fined and she would’ve been put in jail, and their ‘born a crime’ child would have been sent to an orphanage.

After his tweet on Sunday morning US time, some were outraged:

Queen Milly said: “If you have an absent dad then please sit this one out. A woman can never be a father, they’re celebrated on women’s day and mothers day, today is for fathers, your mother can never replace your father no matter how hard she holds it down. Let responsible dads have their day, middle finger to the absent dads… but don’t bring single mothers into this.”

While some agreed with her, many told Queen that she’s the one who should sit this one out.

Lauren Magnussen from the USA said to Trevor: “THANK YOU. My mom is a single mom and Father’s Day always feels awkward, so it’s nice to know someone this high profile is advocating for them too.”

Single mom Martina Krause from Germany said: “Thank you Trevor, it means a lot to me.
Usually no one ever recognizes what it means to be a single parent with zero co-parenting.
But having read your book, I get how you would know. And if I can do even half as well as your mom and see my sons growing into decent men, I‘m the luckiest woman on this earth. And the most exhausted probably 😄 Best wishes from Germany, I love your show.”

Claire Mitchell from the UK agreed: “I appreciate this comment. I was Mum and Dad to my 3 lads. Sometimes I felt I did both jobs badly. But they’ve repaid me for any sacrifice I made by being absolutely stunning human beings.”

To all those who criticised Trevor, Zoe Lala Reese from Washington said: “No matter the gender, if a parent has to parent alone they should be thanked on both days if you feel it’s necessary… and obviously he felt it was.”

Happy Father's Day to my mom and all the single moms out there, who for whatever reason had to hold it down twice as hard. You deserve a celebration everyday. 🙌🏽❤️