I’m usually proud to be a Canadian…writes Phil Maloney. We ride polar bears to work, introduced the world to classy cuisine like poutine, eat cereal with maple syrup instead of milk (which you can buy in a bag, just the way God intended), drink reindeer flavoured slurpies, and play hockey, not soccer. 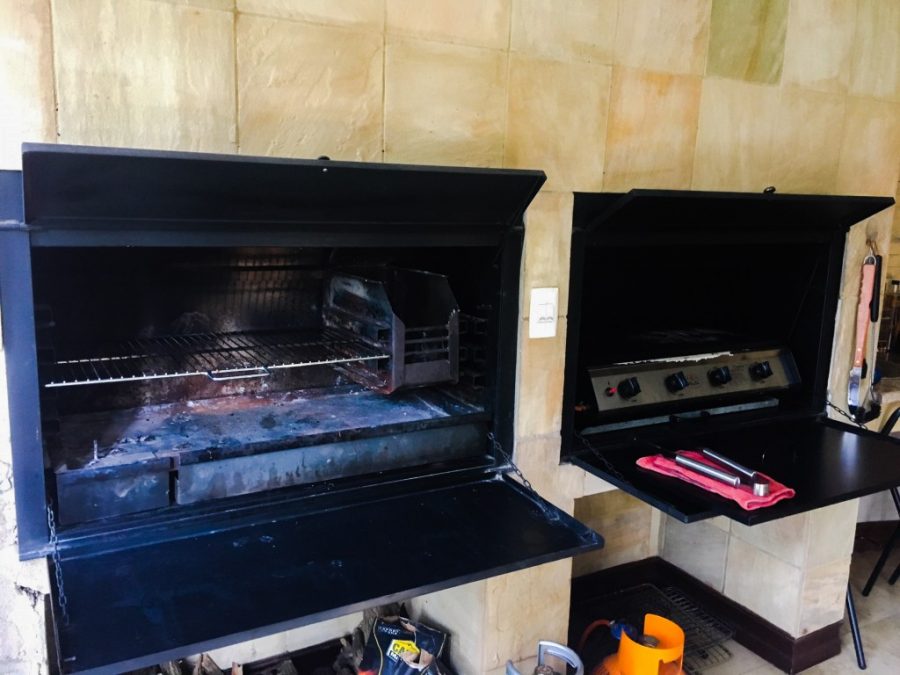 Everything I just mentioned is totally true. Don’t look it up. But after living in South Africa for almost 22 months, I’ve discovered that we have one major shortcoming: the way we BBQ back home is shameful.

In South Africa, the BBQ bends its weak, pathetic knee to the almighty braai. And if you’re like me- an outsider who doesn’t want to be ridiculed back across the ocean to where I came from because I can’t cook like a proper South African – I’ll help you out…

Here’s how to braai like a champ in South Africa:

First, you have to look the part. Nothing fancy is required. Put on your best dad clothes (socks with sandals are perfectly acceptable as long as you’re holding the Tongs of Power), and complete your look with an appropriate apron.

South Africans are especially fond of their pretend sport of rugby, so you can’t go wrong by selecting an apron adorned with one of the local team’s logos, such as the Blue Balls if you’re in Pretoria, or the Sharts if you’re in Durban.

Once you’re fully kitted out, make sure you have the right wood. Don’t even THINK about using charcoal, or even worse, propane.

If you attempt to braai without using wood, you’ll look like a total chump, not a champ.

Sekelbos is the fuel of choice, but you can also get away with black wattle or really,  any other wood you can get your hands on as long as you tell your guests it’s sekelbos.

If you’ve forgotten to get wood ahead of time, don’t panic. You can buy it from any number of street vendors. Bonus points for wearing your sportsing apron when you go out, as all the other braai masters will be envious that you’re about to braai, while they’re not.

Whatever you do, don’t buy your wood from Woolworths, Pick n Pay, or any other grocery store unless you want 3 dozen South Africans to suddenly converge on you and tell you where they saw better wood for much cheaper.

It’s best to prepare the wood before your guests arrive. I like to arrange it in a log cabin style. Make sure you use enough wood that neighbours call the fire department.

To South Africans, bigger IS better when it comes to the braai fire. It’s important not to light it before people arrive though. You want to revel in the success of your masterpiece and make everybody jealous of your massive, raging, uh… fire.

Once people have arrived and you’ve lit the fire, there’s a crucial step that needs to take place. You need to grasp your braai tongs firmly and click them loudly several times.

This does several things: 1) It ensures your tongs are in proper working condition, 2) it establishes your dominance as Braai Master, because he who holds the Tongs of Power is alpha male, and everybody else realises and respects this truth, 3) it increases your attractiveness to all the females within earshot, as you’re letting them know you’re a good provider.

Just be careful not to click the Tongs of Power too many times if your friends’ wives are around because they won’t be able to help themselves and will throw themselves at you like rabid beavers in heat.

It’s important that once you’ve grabbed the tongs, you don’t relinquish your grasp for any reason whatsoever. If you look closely at any man’s hands at a braai, you’ll notice that they’re lovingly clutching their own imaginary tongs, wistfully wishing they were at the helm.

If you put your tongs down for even a millisecond, you’ve lost them. Another guy will have them in his meaty fists before you even have time to notice what happened, and your power and enchantment will have vanished along with your tongs.

If you’re feeling particularly brave, you can bring up the local sportsball teams. Rugby and soccer may not matter to YOU, but they matter to the locals. Proceed with caution.

You won’t be able to start cooking yet, because the fire needs to burn down into coals for the best results. This is the time to ply your guests with alcohol. This is important, and I’ll explain why shortly.

When your fire has burned down to the PERFECT bed of coals, and you know it’s ready for meat, click your tongs loudly, announce “not quite ready yet” in your most authoritative voice, and toss another small forest onto the fire. This gives your guests time to consume more alcohol.

If they’re not visibly tipsy by the time the fire burns into coals again, keep throwing more wood on until you’re sure your visitors are quite blotted. 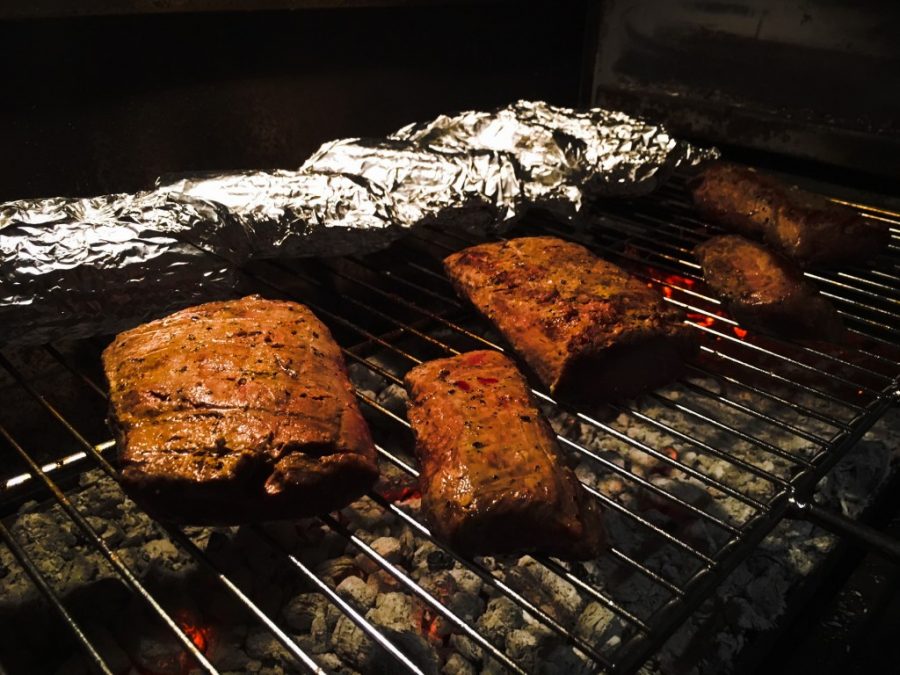 Once everybody is adequately lubricated, it’s time to braai! Now’s the time to go retrieve the several platters of meat you’ve had waiting in the kitchen.

Oh ya – I forgot to mention. This isn’t Canada. This is South Africa. You can’t simply cook steak or ribs or chicken. You’ll braai steak AND ribs AND chicken AND pork chops AND boerewors, and anything else you can get your hands on.

If you’ve always wanted an entire barnyard to be in your belly, a braai is the place to be. 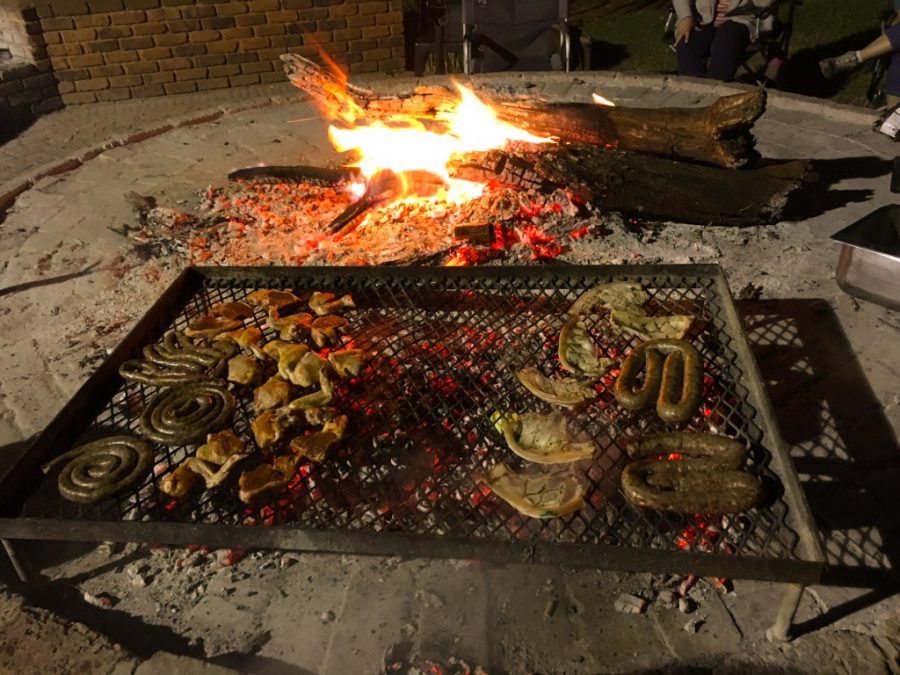 Again, size matters here. And wherever you bought your meat, tell everyone who asks (because they WILL ask) that you bought it at one of the trendy butchers nearby. Bonus points if you know the name of a farm and say you got it right from the farmer, like our ancestors did.

Make sure you have your braai spice handy (if you really want to impress your guests, just go buy anything labelled “braai spice” from literally any store, then bring it home, transfer the spice into a clear glass bottle, then put your own custom label on it and claim it’s your own secret recipe).

Even though you’ve already seasoned the meat beforehand, make a big show of dumping liberal amounts of braai spice onto it as it’s cooking. This will make everybody think you know what you’re doing.

This is the easy part. Don’t panic if you don’t know how to tell when a steak is rare, medium rare, or garbage. Remember when I said it was important to make sure your guests were tipsy? This is the payoff.

Ask everybody how they like their meat, then just give them their dinner whenever you remember to take it off the braai. Nobody will notice.

Just remember to click the Tongs of Power before and after you put chunks of meat on their plates. By this time, it will be well after 10pm (your guests arrived at 4pm), and people will eat and love literally anything you give them. 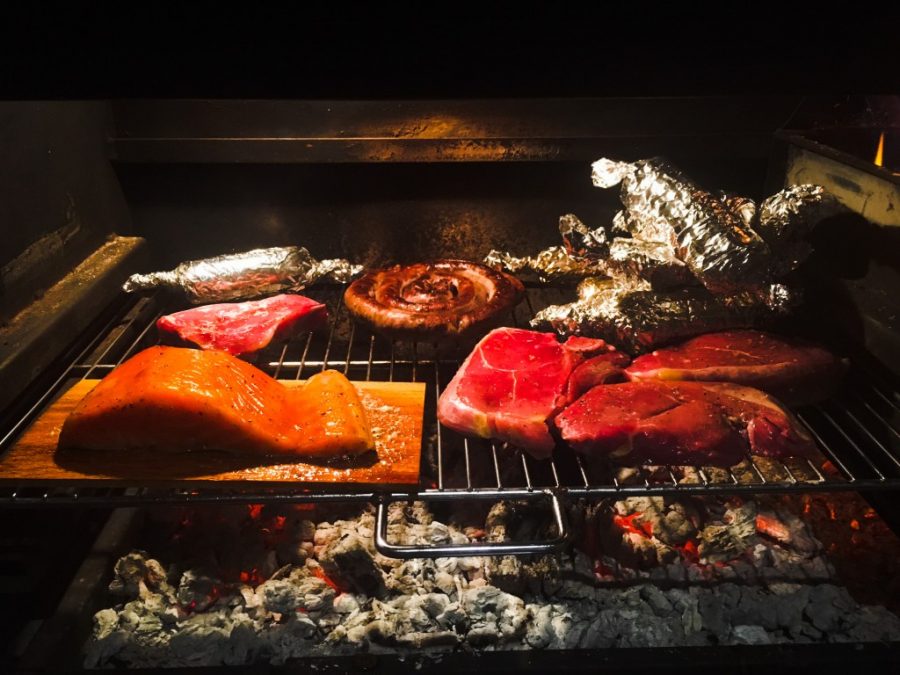 And that’s it! Now just revel in your glory as Braai Master and soak in all the compliments you get.

You may get a few angry glances from your wife who made all the appetizers, salads, and deserts, while all you did is burn a few hunks of meat. But we all know who the real hero is here. It’s you, as long as you follow this handy guide that I painstakingly put less than 13 minutes of effort into. Now go – be the champion the world needs!

I’ve been many things. A university English instructor, a picker-upper of dead bodies, a musician, and a sales guy. My work brought me and my family from Vancouver, Canada to Pretoria, South Africa in September 2016, and I’m still wondering how that happened. I started this blog mostly because my friends back in Canada kept asking me how things were in South Africa, and posting about my experiences seemed more efficient than repeating myself hundreds of times. Maple and Marula is a way for me to make sense of my new surroundings as an expat who has no idea what I’m doing.