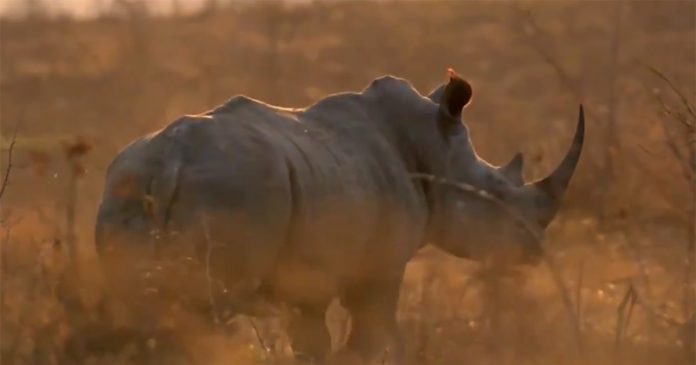 South African National Parks (SANParks) has issued a statement  “categorically” stating that a story which appeared on Carte-Blanche on Sunday evening, regarding gun trade, is “characterised by inaccuracies and is regrettable”. In the show Kathi Lynn Austin alleged that SANParks senior personnel, together with members of the South African law enforcement agencies, could by implication be involved through action or neglect, in the “gun trade” destined for poaching activities in the Kruger National Park.

The Carte Blanche investigation – titled ‘Follow the Guns’ – can be watched here. Carte Blanche joined forces with international trafficking investigator, Austin, for the special report which follows the guns.

“This investigation spans three continents and reveals the masterminds behind the endless supply of guns that are fuelling the unabated slaughter of South Africa’s rhinos,” said Carte Blanche.

“Concluding this three-year investigation, with all role players fully informed of Kathi Lynn Austin’s investigation and findings, the question remains: who has the political or moral will to act on her information? It seems simple enough, but is it?”

Already it appears it is not. The following is SANParks full statement:

“Against hard statistical facts on successes recorded on combating rhino poaching in the Kruger National Park specifically, the programme continued to insinuate that “we are losing the fight against rhino poaching”, which is completely not true.

“What the programme failed to cover is a fact that SANParks is governed by the National Environmental Management Act (NEMA) which limits its operations within protected areas or national parks. Therefore SANParks Environmental Crime Investigators (ECI) would not have been in a position to pursue gun smugglers as they are not mandated to carry out such operations.

“According to SANParks this has, unfortunately, cast doubt on the tremendous amount of work and the great strides that have been achieved in the anti-poaching campaign and unduly discredited the role that SANParks continues to play as a conservation agency. Men and women in our parks put their lives on the line daily and are committed to the rhino campaign and to doing their utmost to seeing an end to the poaching scourge.

“It has to be noted that the interview footage that was utilised, was conducted with Major General (Ret) Johan Jooste of SANParks in 2015. It is not current as is portrayed in the programme and has been used to bias the opinion of viewers. [During the broadcast, Carte Blanche clearly shows the date of the interview as 2015.]

“It needs to be emphasised that from the very first informal meeting held with Ms Austin’s on her request, it was made clear to her that whilst her mission to expose gun supplying networks to poachers will be supported through legal means, she could never be resourced for or included in any project.

“During 2015 SANParks ECI unit compiled a list of confiscated fire-arms seized from suspected poachers of which the contents were shared with Ms Austin and subsequently handed over to the relevant law enforcement agencies. The matter was also raised with Czech Armory (CZ), the international rifle manufacturers who promised to follow the correct channels to express their concerns. Therefore, insinuations made on Carte Blanche implicating Major Gen Jooste in criminal activities are wrong and highly counter-productive to follow-up investigations into the supplying of guns to would-be poachers.

“All the parties involved including Interpol, knew about the consignment of CZ weapons from Portugal to Mozambique and deliberated on possible actions. It was made clear that there was nothing illegal about the transaction and that no intervention could be made. With this coming from the SAPS, it is hard to understand that there was any expectation of such a long-distance intervention on a legal transaction between two sovereign states. Even more so from any SANPaks official as such a matter simply falls outside the mandate of the organization.

“It is our view that despite repeated caution by SANParks and various law enforcement agencies, Ms Austin’s agenda is highly detrimental to the work SANParks continues to do and to many facets of investigations currently underway. Her biased approach is unnecessarily casting doubt on the SANParks’ proven commitment to fight wildlife crime and corruption and SANParks accordingly rejects the negative statements made on the Carte Blanche programme. In this instance, this programme has contributed negatively to the combating of illicit wildlife crime, which is highly regretted.”

Carte Blanche was commended by many conservationists and members of the public for the investigative report.

Carte Blanche has published a list of responses and email trails from various key players here.

Concluding this 3-year investigation, with all role players fully informed of the investigation and findings, the question remains – who has the political or moral will to act on the information? #FollowtheGuns @Kathilynnaustin #CarteBlanche pic.twitter.com/Itvd6FROYQ

If you’re a South African living abroad – don’t miss out on SA’s favourite current affairs programme – you can watch #CarteBlanche and thousands of other popular local South African shows & movies: subscribe to Showmax International now. You can try it FREE for 14 days.