Congratulations to 22-year-old South African rider, Wade Young who has become the youngest ever winner of the epic five-day Red Bull Romaniacs… in Romania. Watch below.

This is the biggest victory to date for the professional Enduro/offroad motorcycle rider, who became the youngest winner ever of the Roof of Africa when he was just 16, in 2012.

After the win, Wade posted photos on social media and said: “Don’t even know where to begin! The toughest Romaniacs I have done but definitely the best!”

He thanked his team and supporters, including “everyone back home for all the positive support and messages throughout the race!🇿🇦.”

Wade said he “fought from start to finish and never gave up, just kept pushing! To win this is unbelievable… I’m still speechless!”

Wade was riding for Team Sherco South Africa in round four of the World Enduro Super Series, in what is probably the toughest Enduro race around.

“It’s a hugely demanding event. It’s five days on a bike and you get pushed to your absolute physical limit.”

He said during the final hillclimb he could hear the crowd cheering, and the atmosphere was “pumping”.

“The final hillclimb is always nervy because it’s so steep and easy to make a mistake. With the gap being so tight crashing there could have lost me the entire race.

“I wanted to celebrate but held back until the finish line and then once I passed the chequered flag the enormity of it all hit me. It was an unreal moment in my Enduro career.”

According to the race’s site, the Red Bull Romaniacs extreme enduro rallye was created in 2004, and has evolved to the world`s toughest hard enduro rallye.

The race attracts competitors from more than 50 nations and extends for over 600 km.

Don’t even know where to begin! The toughest Romaniacs I have done but definitely the best! A big thank you to @… 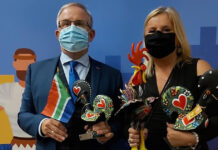