In a leaked Whatsapp group conversation between parents and the school — which is in GroundUp’s possession — the grade 7 netball coach suggested it would be prudent for the team to have fathers attend the match to act as “bodyguards”.

Parents then got worried and questioned the safety of their children. One parent wrote: “Asking for dads as bodyguards is making us parents feel very uneasy … It’s just a bunch of vulnerable girls and ladies … Is it worth the risk?”

Some parents wrote that it is safe and “would be very good for social cohesion for us to go to the school and play there”.

But the trip was cancelled and John Masiza Primary was asked to come to Summerwood instead.

A Whatsapp message read: “We are trying to organise John Masiza to come play at our school on Monday. I’ve contacted the school this morning but they haven’t come back to me yet.”

The message said they would not be going to John Masiza and that if the match could not be played at Summerwood, it would not take place. This was met with several thank you’s, dankies and a flower emoji from parents.

“It’s appalling and it’s a shame,” one parent who did not want to be named told GroundUp. “I am especially disappointed at the black parents who did not even murmur a word and allowed such bigotry to prevail in our schools. What are we teaching our children?”

Deputy principal of John Masiza Primary Nowonga Sihlali said she did not understand as many other schools have played at John Masiza. She refused to say what reasons were given by Summerwood for requesting a venue change for the match.

When contacted about the Whatsapp messages, Summerwood refused to comment. “As a school we are not allowed to talk to the media; all enquiries should be sent to the department of education.”

Spokesperson for the Department of Education Mali Mtima said, “We have heard of this situation and the matter is being given the seriousness it deserves. At the moment we are investigating.”

The match was eventually played at Summerwood’s grounds. Playing with passion the mostly barefoot, John Masiza teams beat all four Summerwood age groups except the under 13s.

After the match, the spirit amongst the children from both schools was electric as they hugged and took photos together. 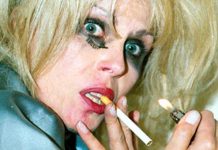 South Africa on Level 3 Lockdown from 1 June, But Still No Cigs 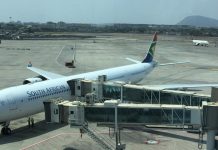 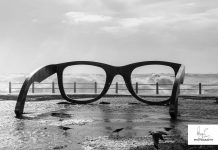 South Africa on Level 3 Lockdown from 1 June, But Still...

Final Year Students to Return to University Under Level 3 and...

Carte Blanche: How Do You Know If A Paedophile Lives in...