September is turning into a great month for South African comedians Tsitsi Chiumya and Phil De Lange. Not only did Tsitsi win Best Newcomer and Phil the Next Level prize at this weekend’s Comic Choice Awards, both comedians are featured in Trevor Noah presents NationWild, a 13-part comedy showcase coming to Showmax this Heritage Day, 24 September 2018.

Trevor is in line for awards himself this month: on 17 September 2018, he could become the first black host to ever win an Emmy for Best Variety Talk Series for The Daily Show.

“Trevor Noah’s global success proves that  SA’s comics are among the best in the world,” says Candice Fangueiro, head of content at Showmax.

“We’ve worked hard to make Showmax the home of South African comedy, so we’re delighted to add Trevor Noah presents NationWild to our lineup of hilarious shows, which includes The Roast of Somizi and comedy specials with the likes of 2018 Comics Choice Comedy G award winner David Kau and nominees like Marc Lottering and Mpho Popps.” 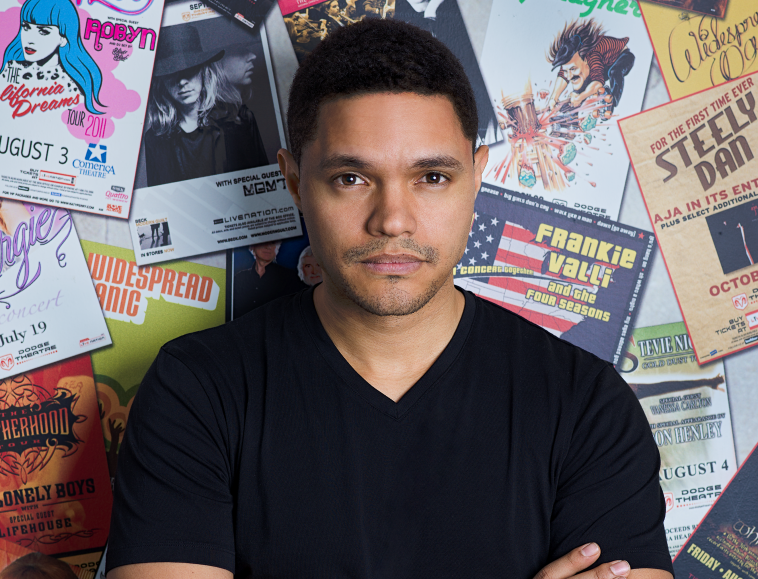 Trevor handpicked all 13 comedians featured. Each episode features a short introductory set by Trevor as the host, an interview with the featured comedian about their ladder to success, followed by that comedian’s set.

“In each episode, we’re going to meet some of the brightest emerging comedians in Mzansi,” says Trevor.

This is the second major award this year for Tsitsi: he also won a South African Film and Television Award (SAFTA) for Scriptwriting – TV Comedy as part of the Puppet Nation team.

The comedian hails from Lebowakgomo, a small township in Limpopo. He only “officially” learned English in 2006 when he came to Johannesburg.

“I went to the only English school in Lebowakgomo; we spoke really bad English there,” says Tsitsi. “I thought I knew what English was before I came to Johannesburg, which was really embarrassing, because I had so much confidence.

“I’m a pretty awkward guy so it was really weird for me to start learning English, especially when you come to the big city and you always thought that you would fit in, and then you can’t speak the language that people are using to communicate… From not being able to speak English, to the point that I’m performing with one of the biggest comics in the world, in English, it confirms to me that I’ve conquered this language.”

Phil was born and bred in Bloemfontein but now lives in Cape Town, where he co-hosts The Smile 90.4FM Comedy Hour between 9 and 10 pm on Saturday evenings with Angel Campey. His dry, self-deprecating comedy set blends stand-up and ukulele.

“My first comedy set I ever did was at the Armchair Theatre in Cape Town,” remembers Phil. “I was the first person I think in Cape Town to ever perform comedy with a ukulele. People laughed at me, not at my jokes, because my mic kept falling out of the mic stand and I broke my ukulele on stage. I was quite terrible to be honest.”

Getting handpicked by Trevor Noah and winning the Next Level award is proof of how much that’s changed. “I don’t actually like attention at all,” says Phil, but he may need to get used to it quickly.

Considering that Trevor’s already given fellow African comedians like David Kibuuka and Loyiso Madinga regular work on The Daily Show, anything’s possible for Phil, Tsitsi and the other stars of Trevor Noah presents NationWild.

Binge all 13 episodes of Trevor Noah presents NationWild only on Showmax from Heritage Day, 24 September 2018.

Showmax was born in 2015 and is part of the Naspers group. Showmax is currently available in more than 70 countries. For a free, no-risk trial, visit www.showmax.com