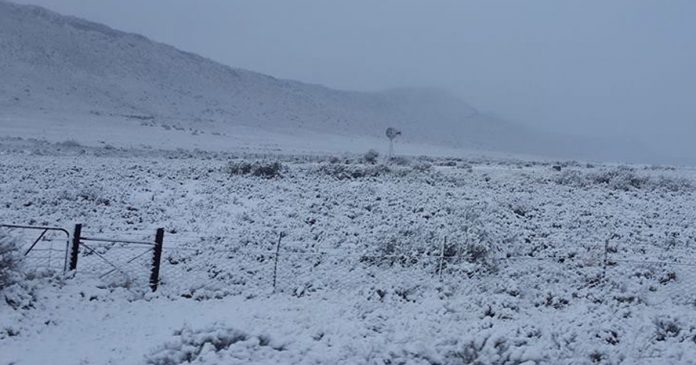 Snow Report SA has issued an Advanced Forecast on Sunday evening, predicting that not only is more snow on the way to parts of South Africa… but this next snowfall could be the heaviest yet!

Just when we thought winter was over, the weather data is suggesting that the biggest snowfall of the season is on its way this week!

“During the afternoon on Wednesday, we expect these falls to intensify, and extend further north into the Maluti Mountains around AfriSki and into the eastern parts of Lesotho,” says Snow Report SA.

On Wednesday night and into Thursday morning the snow is expected to intensify with “substantial falls” in the Drakensberg regions and parts of Lesotho.

The heaviest snowfalls will be Thursday morning, according to current weather data.

Some light falls may be experienced in the Matatielle area, even down to Underberg and Himeville.

By Friday the snowfalls are expected to stop… with clear skies just in time for the weekend!

At this moment, Snow Report SA says they are expecting:

The situation could change, but Snow Report SA say they’ve seen consistency in this system for the last 48 hours!

UPDATE MONDAY NOON: Snow Report SA told SAPeople they’re “seeing a reduction in some areas, but we are expecting a fair amount of snow.” There’ll be an updated map this afternoon.

ADVANCED FORECAST: Just when we thought winter was over, the weather data is suggesting that the biggest snowfall of the…