International Day of the Girl Child is celebrated on 11 October annually (which is tomorrow). It aims to acknowledge the needs and challenges of girls around the world whilst also promoting empowerment and the fulfilment of their human rights. 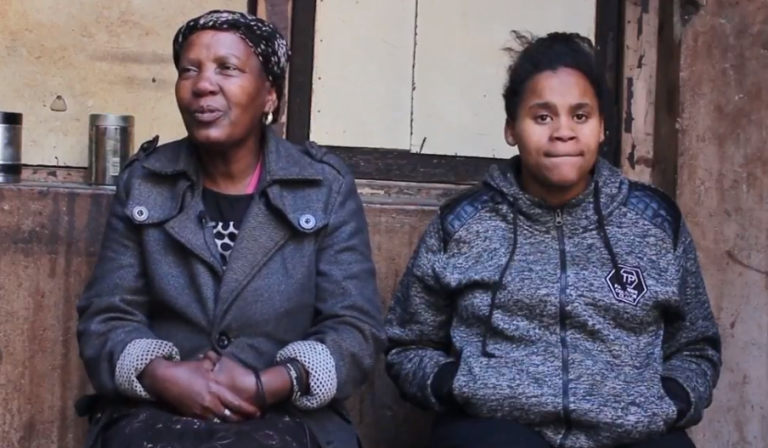 The story of Pookolala breaks hearts. She is five years old.

Her mother dropped out in Grade 9 in order to have her, and never returned to school. She has just given birth to her third child, and she is not yet twenty two.

Pookolala’s grandmother looks after her because her mom is addicted to drugs and alcohol, but Gogo has not been able to find work either since her diagnosis with cancer although she is now clear of the disease. When potential employers hear about her condition they back off.

Pookolala learned to talk late and needs therapy because of the traumas and deprivation she has suffered. Her family is a demonstration of generational poverty.

There are no men in the family – the women are on their own, surviving on grants, a small income from recycling and the support of Afrika Tikkun in Braamfontein – who are also trying to help her with play therapy.

Watch Pookolala’s story (and don’t miss the beautiful upliftment at the end):

What is the future for families headed by children and single women?

Sometimes they live with family and at other times they have to live on the street or in dangerous, temporary shelters pulled together haphazardly – their lives, health, bodies and possessions at risk.

According to the 2017 issue of South African Child Gauge by the Children’s Institute:

Nontsikelo who hails from the same area is an activist and a poet.

Her activism for the rights of young women is expressed through spoken word. Her poem African Child was written for Pookolala’s story, with Johnny Sklar on guitar and mixed by Chanda Threezy.

African Child will be released on Spotify on International Day of the Girl Child – tomorrow 11 October – to raise awareness about girl child poverty in South Africa. All proceeds will go to the Young Urban Women Programme at Afrika Tikkun.

Listen to a preview of African Child on Soundcloud