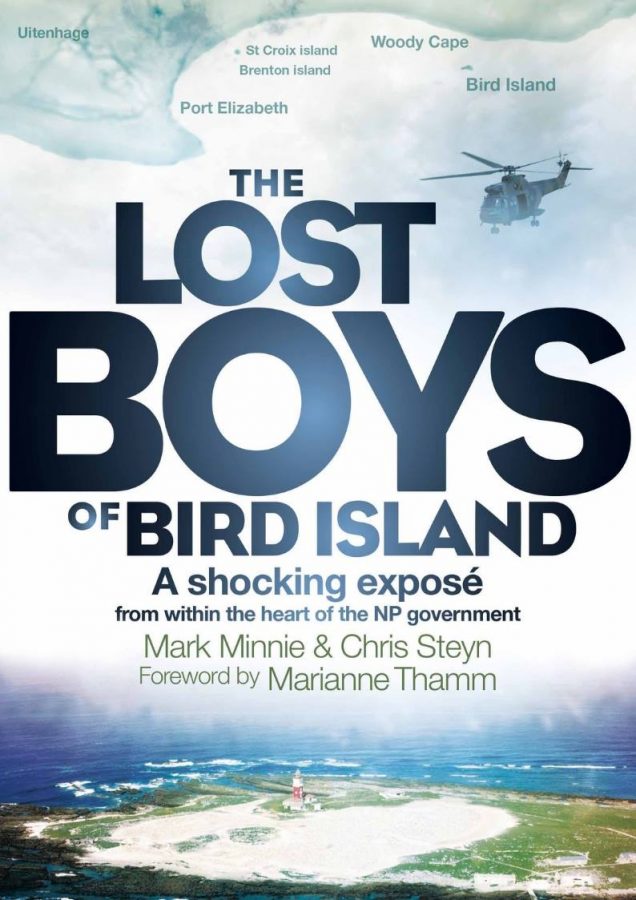 The allegations are contained in the book The Lost Boys of Bird Island, written by former policeman Mark Minnie – who died in mysterious circumstances just a week after the controversial book was published – and journalist Chris Steyn.

The book’s publishers, Tafelberg, said in a press release published yesterday that several people with knowledge of the alleged paedophile ring have given valuable information to the police.

“A number of victims have come forward and have given written statements of alleged sexual abuse related to the allegations in the book,” said Tafelberg.

The publishers say they approached the South African Police Service (SAPS) on 6 September with new information which had come to light after the publication of the book.

The police opened an investigation, led by the Western Cape head of the Family Violence Unit, Brigadier Sonja Harri.

Co-author Minnie died from a single gunshot wound to the head a week after the publication of the book.

Since then Steyn has been subjected to repeated attempts at intimidation. Despite this, Steyn has continued investigating and following up on leads. She has co-operated fully with the police probe from the start, said Tafelberg.

She has been obtaining permission from sources to share their identities with the police, and she has also been convincing people to make statements and give affidavits.

News of the police investigation has been kept quiet for this long to give investigators space to do their work. During this time Tafelberg and Steyn did not release any new information to the media so as not to compromise the work of the police.

Both the publisher and author say they are grateful to the police for being prepared to devote scarce resources to a cold case of over 30 years.

The matter is also under investigation by the Foundation for Human Rights.

“To this end the Foundation briefed a forensic expert to examine Minnie’s body in order to determine the circumstances around his death. The finding of the forensic expert was inconclusive. The initial report of the investigator commissioned by the Foundation to trace witnesses mentioned in the book has been handed to the SAPS Child Protection Unit,” said Tafelberg.

Throughout the investigation the Foundation has received legal assistance and advice from attorney Tim Fletcher of the Sandton law firm Cliffe Dekker Hofmeyr and Advocate Howard Varney, a member of the Johannesburg Bar, in terms of their pro bono commitment to make justice accessible to all. The investigation is ongoing.

The book alleged that former Defence Minister Malan had been part of a paedophile network in South Africa during the apartheid years… and had been involved in taking young Coloured children to Bird Island – in Algoa Bay, near Port Elizabeth – where the minors were molested by older men. These men allegedly included Malan, disgraced PE businessman John Allen, former Environmental Minister John Wiley, and another unnamed Minister who is apparently still alive. Malan died in 2011 while the other two “officially” committed suicide in 1987.

There had been an investigation into the ring, but it was brought to an end by police in the ’80s.

The Lost Boys of Bird Island was written and published in the hope that a proper investigation would be conducted for the very first time.

That is finally happening now.

This means that people who are still fearful for their own safety and that of their families, can now come forward without fear that their identities will be revealed.

Anybody with information on the The Lost Boys of Bird Island can send an e-mail to birdisland2018@gmail.com.

A bit of Malaysia intertwined with Africa