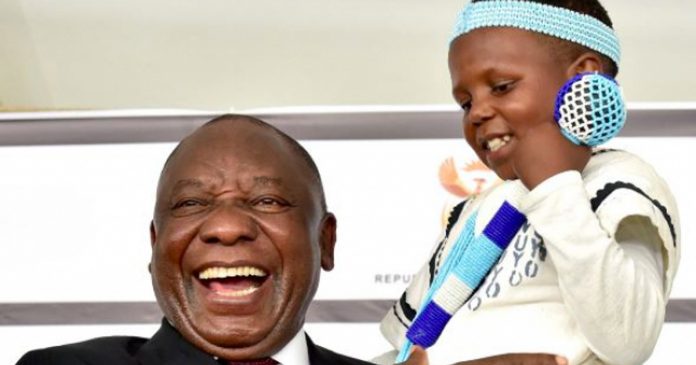 President Cyril Ramaphosa has used Reconciliation Day to call on all South Africans to be part of the effort to promote investment, achieve inclusive growth, improve the conditions of the poor and create employment on a massive scale.

“The Day of Reconciliation must … be a day on which we reaffirm our commitment to eradicate poverty, hunger, homelessness and unemployment. We cannot be a reconciled nation for as long as the majority of our people continue to suffer from the injustices of the past,” said the President on Sunday.

He made the remarks while addressing a packed Walter Sisulu Stadium in Mthatha, in the Eastern Cape at the National Reconciliation Day commemoration.

“We all need to be committed to fundamental economic transformation and work, in whatever we can, wherever we are, to achieve it.

Reconciliation means that all young South Africans need to have equal opportunities to pursue their chosen course of study, to live where they please, to find meaningful employment and to live in conditions of comfort and safety.

On the land reform issue

He said another area that is crucial to reconciliation is the just and equitable resolution of the land question.

“The equitable distribution of land has been a consistent call of the overwhelming majority of South Africans. Access to land is a fundamental right of citizenship. It doesn’t just empower communities and workers. It enhances food security, especially for the rural poor.

“It enables people to gain and develop productive assets, and to participate more meaningfully in the economy. Land reform is inextricably tied to nation building,” said President Ramaphosa.

Land, he said, is key to furthering reconciliation and is central to eliminating inequality in society.

While most South Africans are working together to build a united, non-racial and non-sexist country, there are a few people who want to take the country backwards.

“We should stand as one in condemning those who use all manner of vile names to describe black South Africans or who threaten to kill whites, or who insult others because of the faith, culture or language. (See video below)

“We should stand as one in preventing violence against women and children and condemning discrimination.”

He called on all to unite to bridge the divides that still exist.

“Let us unite to build a society founded on justice, on equality and on prosperity for all. On this day, let us recommit ourselves once more to the ideal of a South Africa united, indivisible and free.” – SAnews.gov.za

Speaking on 702 last week, Ramaphosa said that BLF leader Andile Mngxitama’s comments – that for every black person killed, five whites should be killed (as well as their pets and children) – were that of a “lone voice in the wilderness” and that most South Africans want to come together.

He did acknowledge however that “black people in this country are becoming impatient with the lackadaisical attitude” of whites who have power in their hands. He said racist acts must come to and end and “we must never give up… because then South Africa dissolves into mayhem”. He said a “multiplicity of pressure points” is needed including isolating racists.

“We cannot be reduced to what people with hate in their hearts are saying. Most of the time we need to move forward, embrace each other and build a nation,” he said.

South Africans Abroad – from tomorrow (Tuesday) you can watch last night’s episode of Carte Blanche to find out exactly what the current state of the nation is. Subscribe to Showmax International now. You can try it FREE for 14 days.