“It was a challenging night for ground crews as the Betty’s Bay Fire battle moved high into the mountains,” says award-winning South African photographer Justin Sullivan, who has been up close with the firefighters as they tackle the fire which has already claimed one life, and has been raging since New Year’s Eve… when a flare from the beach apparently set light to the mountains. A man has been arrested. 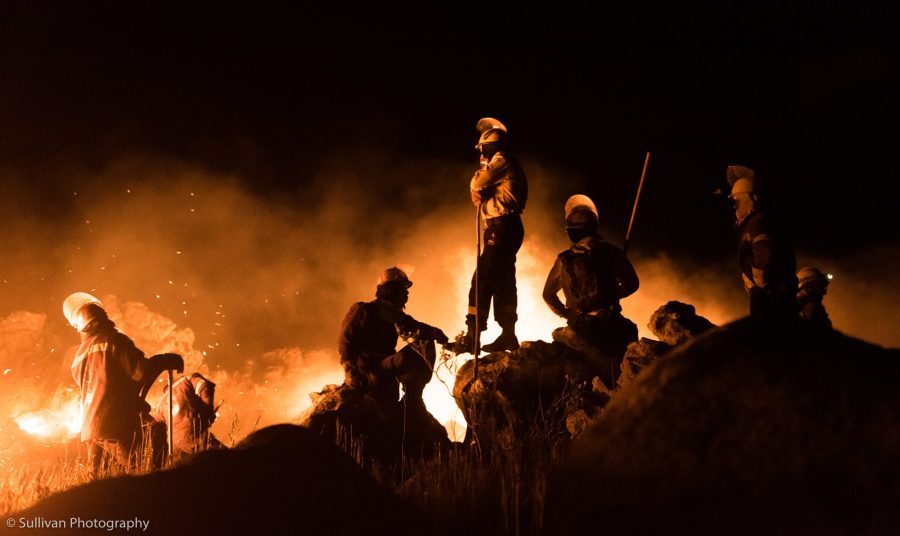 Late yesterday afternoon aerial support did a fantastic job in wetting some of the lines before ground crews were left on their own for the night, says Justin.

“For those of you that aren’t familiar with highly technical wild-land firefighting, being up in the mountains poses a number of risks and all the ‘normal’ dangers of wildfires are heightened…

“I spent most of my time with NCC Environmental Services Hotshot teams Alpha & Bravo contracted by CapeNature, who did a 24 hour shift working the line tirelessly.

“Crews from Working on Fire, Volunteer Wildfire Services & Cape Nature were working collaboratively on both the same and other flanks, while multiple other agencies were combatting flanks else where.” 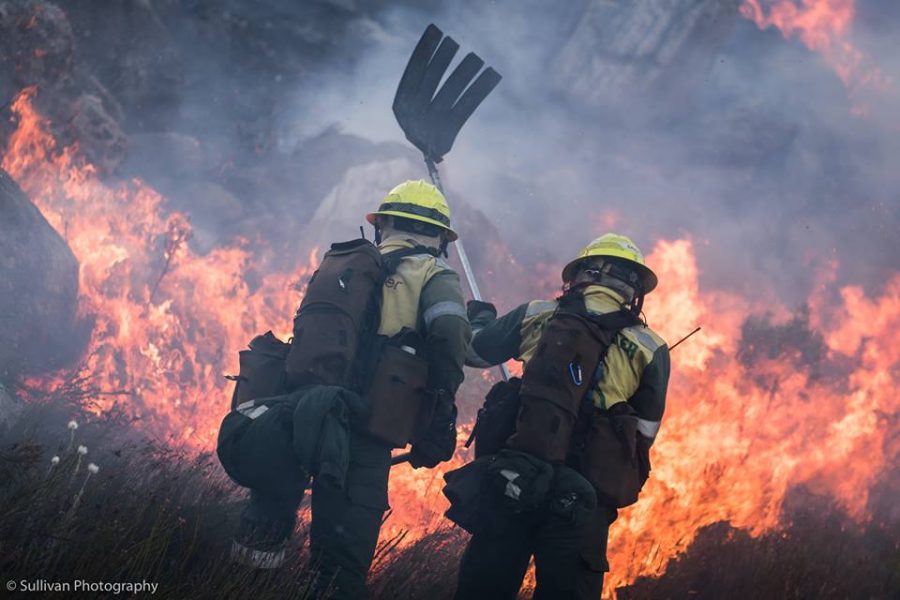 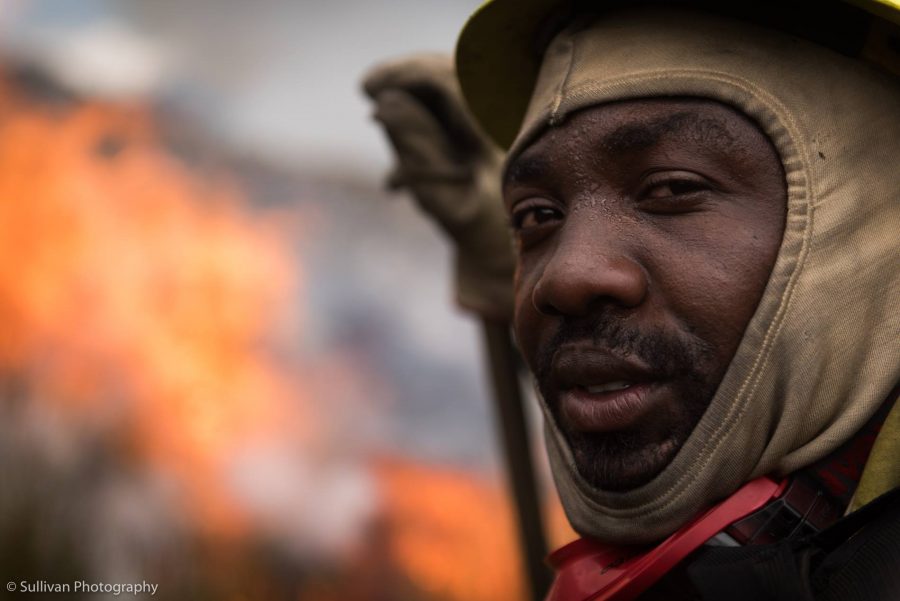 Just before midday today, the Greater Overberg FPA (Fire Protection Association) said the line above the R44 had moved down in a gully and burned onto the tar road forcing authorities to close it.

The original line, in the mountain, above Blousteen to the east of Koel Bay has descended.

Aerial support, ground crews and vehicles are attending to this fire. The R44 will remain closed. Below is an earlier view from Gordon’s Bay. “Our thoughts are with the fire fighters and communities,” said the Overberg FPA. 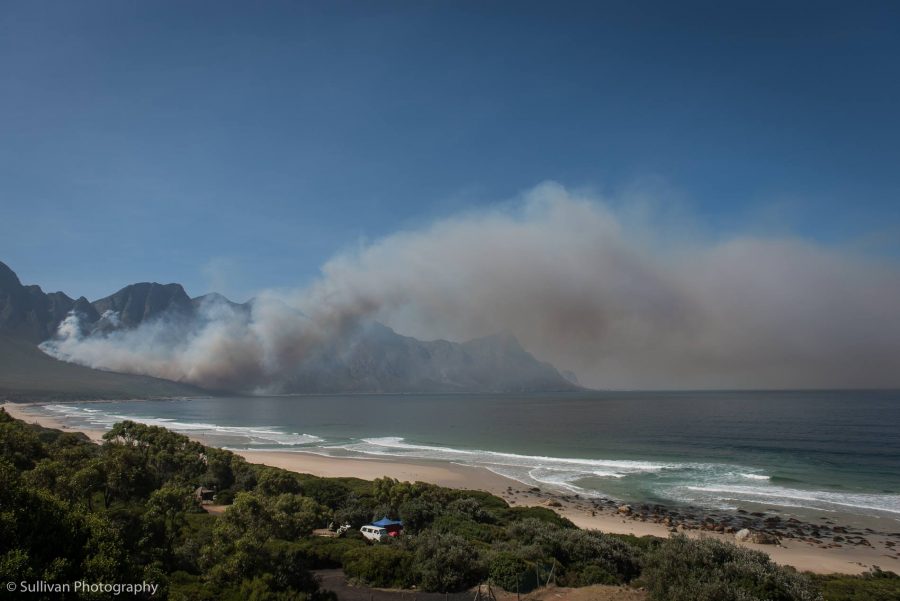 The Greater Overberg FPA said although good progress has been made with specialist teams deployed and supported by choppers and a spotter, the active line on the mountain above the Waterfall, Betty’s Bay, “is still fragile and can change suddenly”. 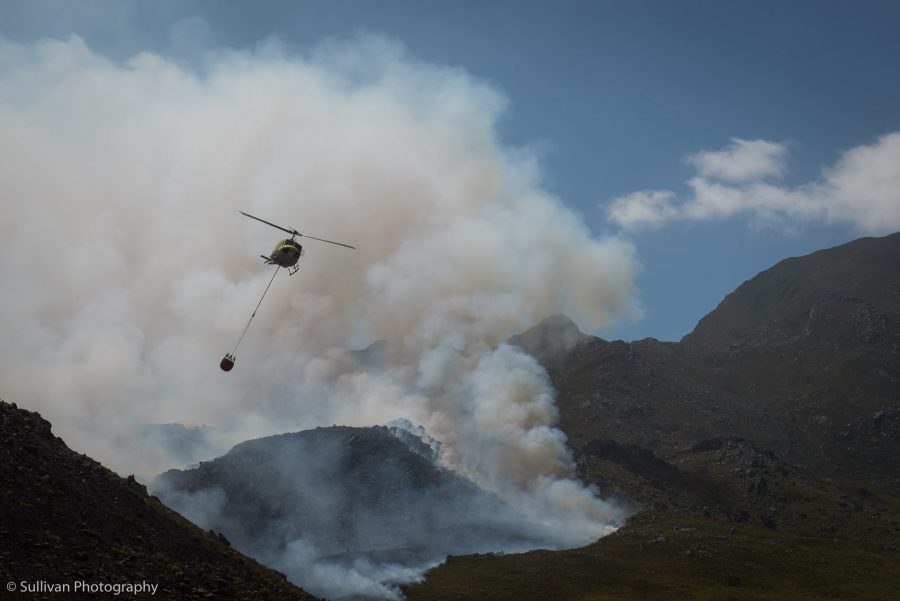 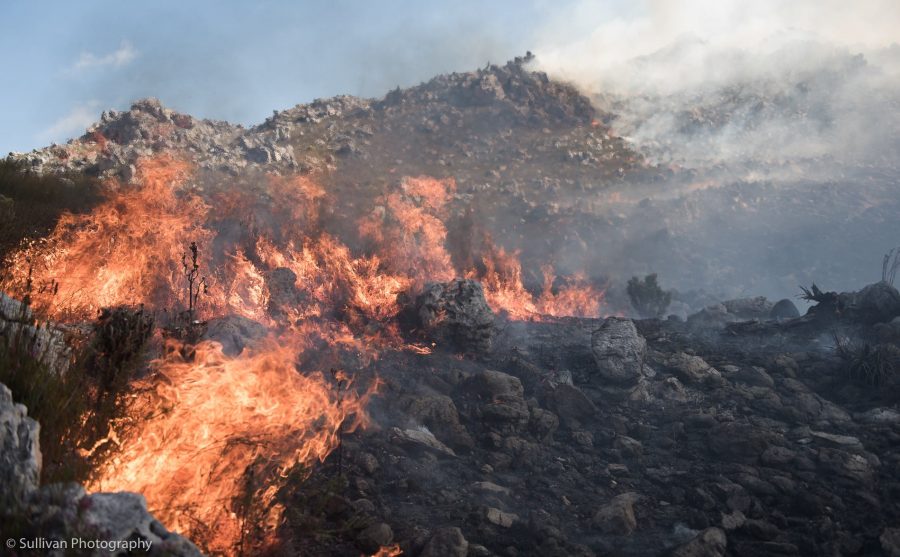 Several other teams have been deployed on Div A (above Disa gorge), at Blousteen peak and Century peak.

“We ask the community to know that good progress is being, but we are not out of the woods yet. 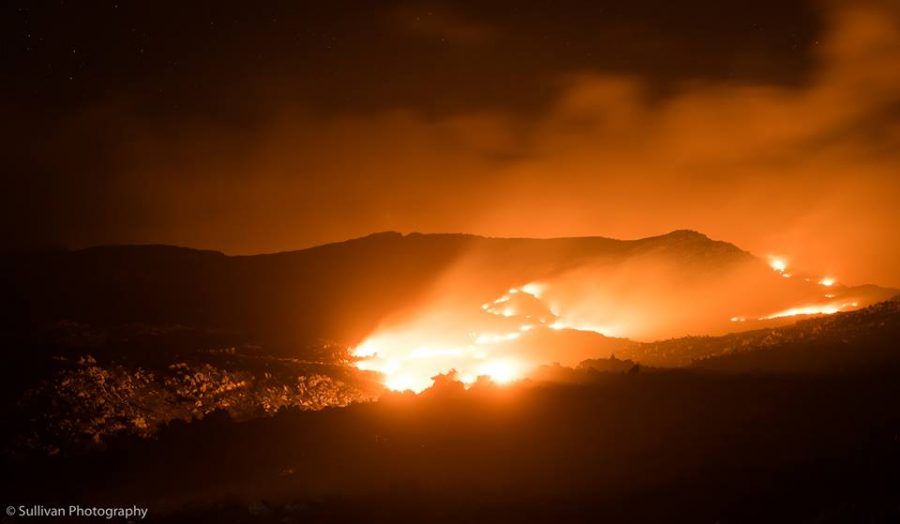 Justin, who is filming for ‘Walking with Fire: A Wildfire Documentary’ says: “What a crazy long shift! Please help with donations if you can :-)”

Donations can be dropped off directly at Crassula Hall in Betty’s Bay, and the Hermanus Community Policing Forum will accept donations on a 24-hour basis at the Hermanus Fire and Rescue and Disaster Management offices in 14 Mussel Road, Hermanus Industrial Area. Donations are also requested for head lamp batteries (AAA), battery pack and airtime (+/- R30 each).

#BettysBayFire Day5/6: (*IC update & Donations Below) It was a challenging night for ground crews as the battle moved…