The Chairperson of the Portfolio Committee on Sport and Recreation, Beauty Dlulane, has described as “unfortunate” the comments attributed to Springbok Captain Siya Kolisi regarding quotas in sports.

In an interview with a news agency in Japan, during his visit to the country to promote an electronics company, Kolisi said of Nelson Mandela: “I don’t think he would have supported (quotas), but I don’t know him. I would not want to be picked because of my skin colour because that surely would not be good for the team, and the guys around you would know.”

Kolisi said that transformation should start at the grassroots level.

“If you want to talk about transformation, you have got to start there,” he said. “Imagine if I had not gone to an English school. I would not have eaten properly, I would not have grown properly. Maybe in the Currie Cup, you can try guys out and push people in and see how they do.”

He said “in South Africa it is tough because we want results and transformation”.

Reacting in a statement on Wednesday, Dlulane said: “Transformation in our country has to happen. Quotas in un-transforming sport codes, especially rugby at national level, are a way of enforcing it.

“If some sectors resist being part of the new South Africa, as seen in some sporting codes such as rugby and cricket at national level, then the committee supports the use of the quota system. This has no bearing on competence.”

Dlulane said the view attributed to Kolisi is unfortunate, and cautioned against sport personalities commenting on race issues.

“Their opinions might be interpreted as being insensitive to the realities of our country. South Africa is a diverse nation. Transformation is government policy and will remain so for as long as necessary,” the committee chairperson said.

In the same statement, Dlulane congratulated Banyana Banyana coach Desiree Ellis, and player Thembi Kgatlana for winning the Confederation of African Football (CAF) Women Coach of the year and Women Player of the year, respectively. – SAnews.gov.za 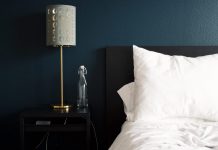